What has changed for women since Sarah Everard’s murder? 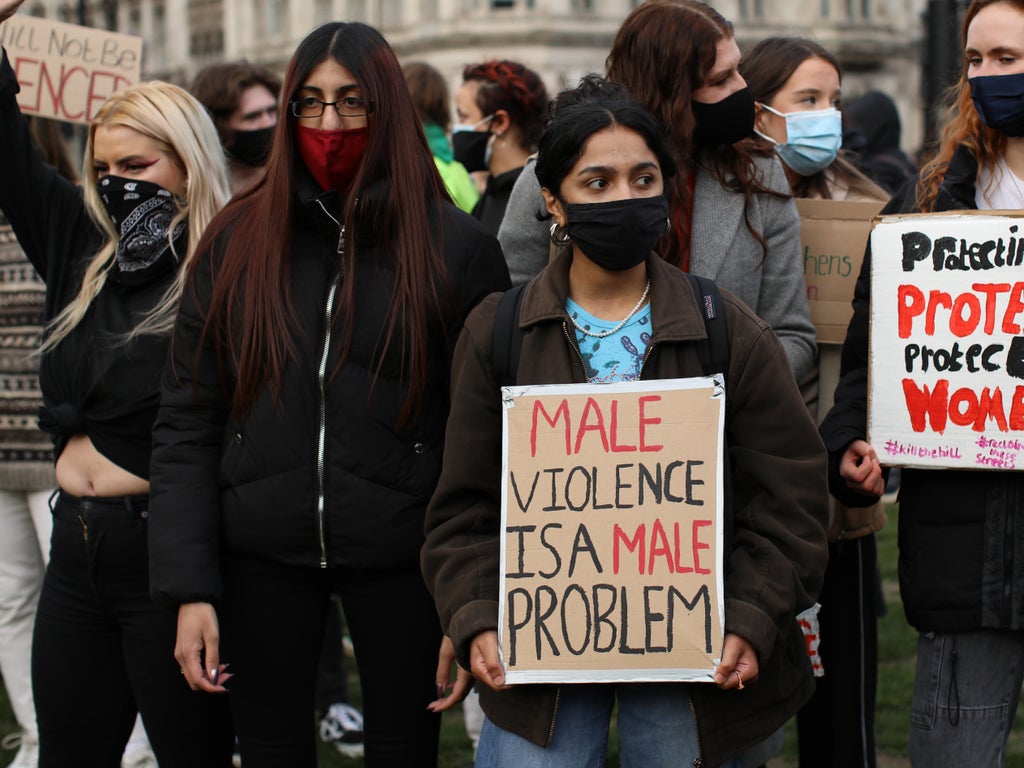 At the Old Bailey today, Everard’s family found out that the man who brutally killed the much-loved 33-year-old will spend the rest of his life behind bars.

Since Everard’s murder, at least 80 women have been killed at the hands of men. One of these women was Sabina Nessa, a 28-year-old teacher who was attacked just two weeks ago while on her way to meet a friend at the bar.

Nessa’s loved ones are also at the Old Bailey today, as the man accused of killing her – Koci Selamaj – is in court.

Despite all the promises that were made in March, has anything truly changed for women and girls following Everard’s murder?

What has happened since March?

In the wake of Everard’s murder, the Home Secretary commissioned a report into how efficiently the police respond to violence against women and girls. The report focussed on issues that disproportionally affect women and girls, such as domestic abuse, sexual violence, stalking and female genital mutilation.

Her Majesty’s Inspector of Constabulary Zoë Billingham called the rate of violent and abusive offending against women and girls an “epidemic”.

Although the report found that the police’s response has improved over the last decade, there were “grave concerns” over the number of cases that are closed without charge, and major gaps in the data recorded on such offences.

The whole system – including policing, health and education – must take a “fundamentally new approach”, the report recommended.

A violence against women and girls strategy was also published by the Home Office this summer. Numerous points of improvement were outlined in the strategy, with the government pledging several key actions. These include investing £300 million to support victims, putting £3 million towards grasping a better understand of what works to prevent violence against women and girls, launching a £5 million “Safety of Women at Night” fund to top up the Safe Streets fund, and the appointment of a new police chief to spearhead the fight against violence towards women and girls.

A pilot of a new online tool, StreetSafe, was launched by the Home Office last month. The portal encourages the public to anonymously report areas where they feel unsafe.

A revised Victims of Crime Code of Practice (Victims’ Code) came into effect in April 2021 which outlines victims’ rights and the standards that must be met by police, CPS, courts and other  criminal justice organisations. A new Victims Bill, which will be consulted on in due course, will enshrine victims’ rights in law for the first time.

Also in April, the long-awaited Domestic Abuse Act 2021 was signed into law, but it has been critiqued for not going far enough to protect victims, with migrant women and refugees facing additional barriers to support.

What needs to happen moving forward?

She said: “In actuality, it feels like nothing has changed. We haven’t seen anything concrete.

“The amount of trauma – the ripple of trauma – on women in this city today. Everyone I know is just sick because we all could’ve been her. Each of us could have been Sarah or Sabina or Bibaa or Nicole.

“That life order [given to Couzens] is almost meaningless compared to the pain and suffering the people that love her will go through. It’s not enough.

Klingler said that she never wants to plan another vigil again because, although it gives the media something to photograph and politicians something to talk about, it’s not enough in terms of actually getting stuff done. The work has to happen; policy has to change, and money has to be invested.

“Everyone talked about Everard’s vigil being a watershed moment for violence against women and nothing has happened in six months. When the spotlight is not on, everyone turns away,” she said.

Ahead of a media interview in which she planned to talk about harassment and violence, Klingler was catcalled in Camden on Monday. “I’m 43, I thought I’d age out of the street harassment but the irony is getting catcalled on the corner when you’re waiting to do an interview about sexual violence,” she said.

In terms of making a material difference, the change must start with men, she said.

“Men have to call it out,” she said. “With men, you know the creep in your office, or who you don’t leave in the pub because you know he’s hitting on the new recruit, or who you tell girls not to get a cab with. You know who that man is and it’s got to be weeded out. When we complain we don’t get taken seriously, we don’t get promoted.

“Men are the ones who can stop violence by men. You know the questionable man in your circle of friends, we all know them, we all have them.”

It seemed that when it came to Couzens, he was known to be “the questionable man” amongst his work pals. While at the Civil Nuclear Constabulary, his colleagues are said to have given him the crude name “The Rapist” as he made his female colleagues feel uncomfortable.

It was also known amongst his colleagues that he was “attracted to violent sexual pornography” and that an “incident” was reported as far back as 2002.

Reclaim These Streets are now looking towards what their next steps will be. In the future they hope to recruit volunteers who can use their specific skills to further their cause against violence towards women and girls.

A positive step the group is taking in a bid to make lasting change is the planning of consent workshops with boys in schools aged between 10 and 12 in collaboration with Shout Out UK.

Lockdown has exacerbated the issue of related crimes such as stalking, too.

Figures supplied to indy100 from the Suzy Lamplugh Trust show that the National Stalking Helpline saw a 14 per cent increase in calls to the helpline during the first 6 months of the pandemic. Between March 2020 and March 2021, the number of calls increased by 55 per cent (going from 995 to 1,548 respectively).

Fulani said: “Women have been asked by police, ‘if you were slapped, where is the mark on your face?’ – but we don’t bruise like Caucasian women.” She added that some might be told: “You are a tough Caribbean woman, I don’t think anyone would mess with you.”

She said that, although the number of women seeking their help increased 300 per cent since lockdown, women are fearful that their abusers will be hurt or murdered if they report the violence to the police.

“Women want the abuse to stop but we know what happens to black men in police custody,” she said.

In a statement to indy100, minister for safeguarding Rachel Maclean said that the safety of everyone in our country is her priority.

“Certain crimes disproportionately affect women and girls, manifest themselves in different ways, and demand targeted solutions,” she said. “That is why the VAWG Strategy, published this summer, sets out the Government’s ambition to increase support for survivors, bring perpetrators to justice, and, ultimately, reduce the prevalence of violence against women and girls. It was informed by the largest ever public survey we have run on this issue.

“Under this Prime Minister, we have wasted no time in putting the strategy into action and cross-Government funding for action to tackle violence against women and girls has more than trebled in relation to any other two-year period.”

Maclean added that the first ever National Policing Lead for VAWG starts her role next month, and the government plans to roll out a national communications campaign. An online repository of all Domestic Homicide Reviews is also expected to be live soon “so we can better understand, analyse and ultimately prevent these horrific crimes.”

On average, a woman is killed by a man every three days, according to the Femicide Census.

That means that by the time we ring in the New Year, an estimated 31 more women will die at the hand of a man.

Although we’re flooded with facts and figures around violence against women and girls, what’s often missing from the discourse is that each one of these figures was a human – someone’s mother, sister, daughter, partner, friend, colleague, or housemate.

While the search was on for Everard in March, women in Clapham were reportedly told to “be a lot more vigilant” and “not to go out alone”.

Two weeks ago, co-founder of Reclaim These Streets Anna Birley told ITV that the police response to tragedies such as Nessa’s murder is reminiscent of their response to the Yorkshire Ripper in the 1970s when women were urged to “stay at home for [their] own good”. Greenwich Council also faced backlash for distributing 200 safety alarms after the murder.

We’re told not to leave our drinks unattended at bars, to vary our jogging routes, and to stick to well-lit busy streets.

But we know the onus shouldn’t be on women. Yet women will continue looking over their shoulders at night. They’ll continue sharing their location with a friend while on a date. They’ll continue getting goosebumps on the back of their necks when they see a man walking behind them at night.

Why? Because women are not safe anywhere. We’re not safe at home, walking our dogs, going to the pub, or celebrating a birthday in the park.

Until that changes, we’ll be on our phones tapping out the six words every woman knows only too well – “let me know when you’re home”.

Because not everyone makes it home.