Ozark Season 4 Part 1 and Part 2 Information! One of the most beloved and most-watched series on Netflix, Ozark, is back for the viewers for its fourth season in two parts. Fans could stream the first part of this immensely watched and much-acclaimed series on Netflix on 21 Jan 2022.

However, the announcement and update regarding the second part of the fourth part are yet to come. Probably it is going to air on Netflix in later 2022. It won’t be surprised if we see fans wondering about what new they will see in the fourth part of the franchise. Let us put an end to all such doubts and tell everything that we know about Ozark.

First of all, let us talk about the trailer of Ozark season 4, which dropped on the internet recently. Although much is not clear through the trailer, it confirms that many surprising elements will unfold in the upcoming part. So far, there is no information about when the second part of the fourth season will release, but it is confirmed that the entire season will have 14 episodes. Out of the 14 episodes, seven episodes would be in part 1, while seven would be in Ozark Season 4, part 2.

The trailer showed us essential locations in the movie, including Missouri Belle Casino and voiceovers from previous episodes over ominous sounds. This would take the viewers to season 1 when Marty Byrde arrived in the Ozarks. The second trailer showcases the recaps of some crucial moments from the last three seasons, including the death of Helen Pierce and when Del Rio almost executed Marty Byrde. All this was shown while Marty Byrde’s voiceover was heard where he talked about the consequences of making some decisions. The fans see a massive car accident involving the Byrde family in between the flashbacks. 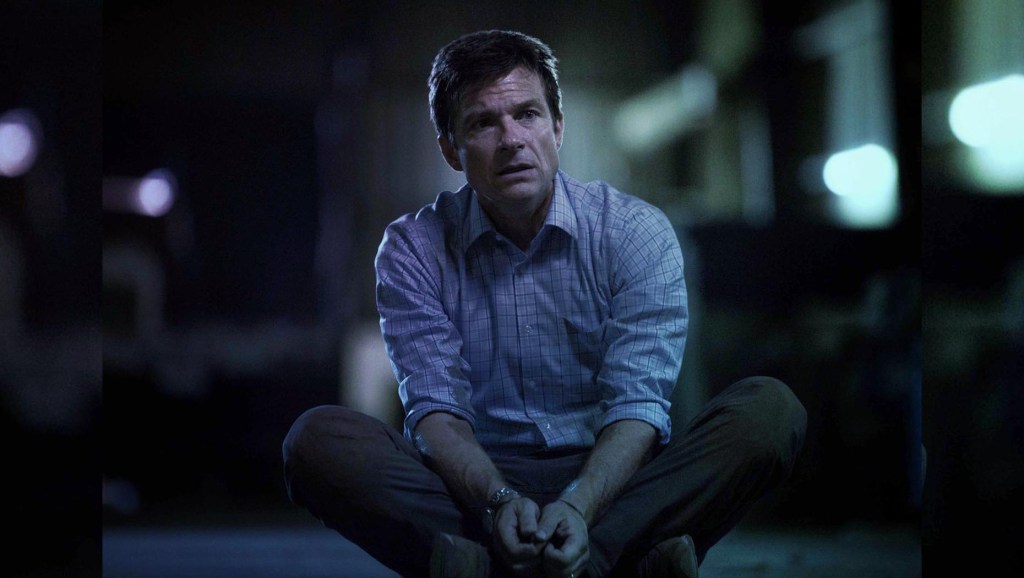 The trailer says, “No ending is reached by accident.” The first look of the fourth part was released at Netflix’s TUDUM event, and it showed Wendy and Marty trying to clean them of Helen Pierce’s blood after she was executed in front of them in the final of the third season. Fans also got to see some pictures from the fourth season that surfaced on the internet. Wyatt, played by Charlie Tahan, was the first person to confirm that the fourth season of Ozark would be having 14 episodes instead of the ten episodes like its previous seasons. A slight change in the pattern has been reported for the first time as any of its seasons has never been split into two parts with seven episodes each in it.

Where were Ozark Season 4 Part 1 and Part 2 filmed?

As the movie name suggests, fans would think that the love series Ozark was filmed in Ozark. Right? But to the surprise of many, the show was filmed in Georgia, i.e., in the Atlanta and Savannah areas. Because of some reason, the makers recreated Ozark Missouri’s Lake there. The show also showed glimpses of Bagnell Dam to play Ozarks Lake. 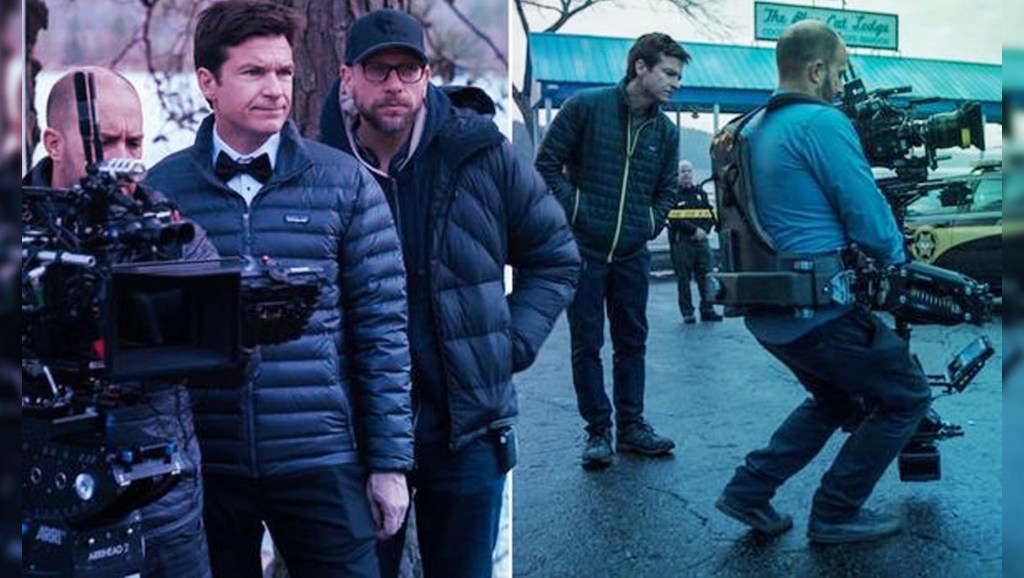 Many scenes of the hit show were also shot at Allatoona Lake, situated at a distance of an hour from Atlanta. In addition, the shots of Byrde’s house were taken at Van Pugh North Park, located on the south edge of the lake. Besides, all interior footage of the shows was shot at Eagle Rock Studios, a soundstage located outside of Atlanta. Other prominent filming locations in the show are Agent Petty stops at a vintage diner, Chateau Elan, known to the fans as lord Del’s home, and many others.

Coming to the cast of the much-loved series Ozark, fans will see some familiar faces returning to the fourth part. When we say some, some faces would not be returning to the fourth part of the series. Ozark season 3 witnessed two significant deaths, i.e., one of Helen Pierce played by Janet Mc Teer and Ben Davis played by Tom Pelphrey. As the fans had wished, Jason Bateman would return as Marty Byrde while Laura Linney would be returning as Wendy Byrde like the previous seasons. Sofia Hublitz and Skylar Gaertner would return as Charlotte and Jonah, children of Marty and Wendy Byrde. 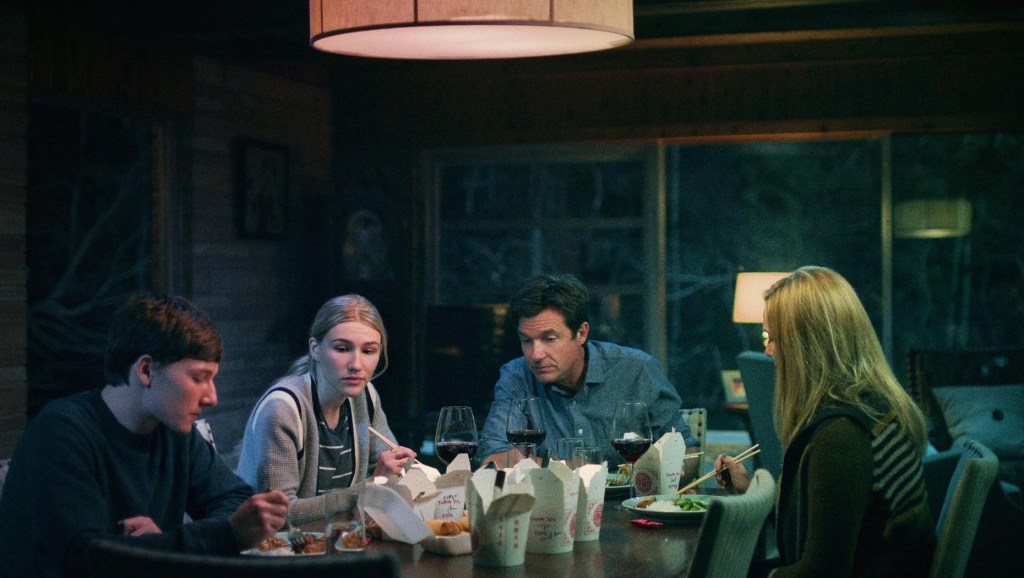 Ruth Langmore, played by Julia Garner, having many conflicts with the Byrde family, would also return with her outstanding performance in the Ozark Season 4. Charlie Tahan would be played by Wyatt, whereas Lisa Emery would make a small appearance as Darlene Snell. The fans would again see Special Agent Maya Miller played by Jessica Frances Dukes.

Similarly, Joseph Sikora will also be returning as Frank Cosgrove Jr. despite his injury, and his father, Frank Cosgrove Sr., played by John Bedford Llyod, would also be back to the fourth part.

It is always wrong to get spoilers of the series before watching it. But since the fans are eager to know about the inside information or what they could expect in the fourth part, here is some information. Some of the vast spoilers are ahead!! Beware.

Will it be the final season?

Fans are pleased as the fourth season of the Ozark will return to the screens, but fans would be disappointed to know that the fourth season would, unfortunately, be the final season. This show first aired in 2017 and revolves around Chicago’s financial advisor Marty Byrde as he moves his family to the Missouri Ozarks to work for a Mexican drug cartel. It was seen that the couple faced many problems and difficulties throughout the third part of the movie as the character Helen Pierce was continuously trying to throw them out of business. Finally, after much struggle, the two are seen pulling some favors from their FBI contacts and eventually helping Navarro win a war against a rival cartel.

The Ozark season’s third finale ended with the Byrde couple heading to Mexico with Helen to Navarro for their son’s baptism. Unfortunately, the season 3 finale showed that when the couple stepped off the place, Navarro fired at Helen, leading to her death. While the couple was yet to digest this and was in shock, Navarro hugged them and told them that he was looking forward to building a closer relationship with the two in the coming future.

Ozark is undoubtedly one of the most acclaimed and appreciated shows on Netflix, with an IMDb rating of over 7. The show seems to be featuring around a family, but there is much more to look into. As the Ozark fans know, many mysteries are yet to be solved in the fourth season. Fans all over the country are eagerly waiting to see the fourth season, whose part 1 will release on 21 Jan 2022. In addition, they hope that the dates for the release of part 2 of the show will also be announced very soon.