This sci-fi dystopia series is based on Michael Crichton’s novel of the same name. The Westworld season 4 of the series is expected to arrive in 2022 on HBO Max. Set in 2050, this series deals with several themed parks among which Westworld is one.

Each of the parks is populated with hosts who are android. The park has facilities to indulge the wildest fantasies of humans. It is open to wealthy guests who will pay high to use these facilities.

The androids are programmed so that they do not harm humans. Though in the last season the setting of the series got expanded to the real world of the mid-21st century. Rehoboam, a powerful artificial intelligence controls people’s lives now.

Evan Rachel Wood, Thandiwe Newton, Jeffery Wright, James Marsden are some of the cast members of ‘Westworld’. The series premiered on October 2, 2016, with the third season concluding on May 3, 2020.

The premiere of ‘Westworld’ lured the highest viewership since 2014 on HBO Max. Ramin Djawadi, famed for his musical score in ‘Game of Thrones’ contributed his exceptional musical genius here too. The series won nine Primetime Emmy Awards with Thandiwe Newton winning the same for Outstanding Supporting Actress in a Drama Series.

If you are a fan of ‘Westworld’, there are some more seasons that you might like for the science fiction elements in them. 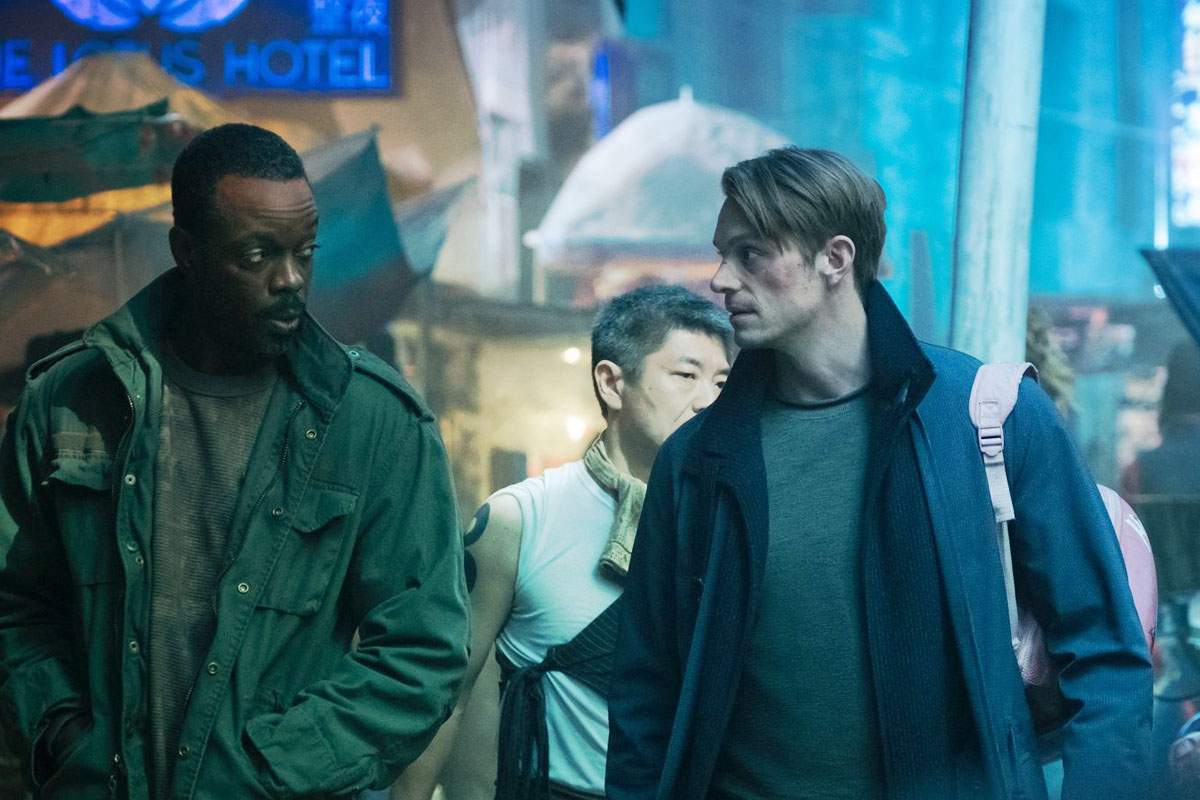 Set in 360 years in the future this series depicts a time and place when and where the memories and consciousness of a person are recorded and preserved into a disk-shaped device of alien design.

In this world, humans are called “sleeves” and their bodies can be transferred to new bodies after their death. But if there is no back up a person can die. Though the wealthiest of the system- the “Meths” can change bodies via clones.

The American drama thriller centers upon Elliot Alderson who is a cybersecurity engineer working in a cybersecurity company named Allsafe. Elliot struggles with clinical depression, social anxiety, dissociative identity disorder, drug abuse which have rendered his thought process to be severely heavily influenced by delusion and paranoia.

He makes a habit of hacking people which leads Mr. Robot, a mysterious insurrectionary anarchist takes him as a hacktivist in his team. Mr. Robot has a mission of canceling consumers’ debt by encryption of large company’s all data. One of these companies is Allsafe, the one where Elliot works.

Set in the post-apocalyptic future these series portray “Travelers” who are special operatives. Their task is to prevent society from collapsing.

Their consciousnesses have been sent back to the present day in their host body where their mission is to save the people who are otherwise moments away from death. But this will be made possible by the smartphones that we use today in the twenty-first century and GPS.

The cast of the series includes Eric McCormack, MacKenzie Porter, Nesta Cooper, Jared Abrahamson, Reilly Dolman, Patrick Gilmore, etc. The series ran on Netflix from October 17, 2016, to December 14, 2018. It should be noted that for the use of real footage from the Lac-Megantix rail disaster, Netflix has been hugely criticized.

‘Another Life‘ is about a flying object that lands on earth. This unidentified object is like a large Mobius strip that grows a crystalline tower on it. United States Interstellar Command’s scientist Erik Wallace tries to make contact with that alien device.

Erik’s wife Niko Breckenridge is a veteran captain. She along with her young crew members sets off in Salvare- the spaceship to understand the origin of the device and to contact the aliens who she assumed have sent it.

The special capability of Salvare is that it can travel faster than light. Also, most of the crew travel in a hibernated mode in it so that they can be awakened at the right time.

Katee Sackhoff, Justin Chatwin, Samuel Anderson, Blue Hunt are some of the cast members of ‘Another Life’.

This is a British anthology TV Series. The episodes do not maintain any chronology and so can be watched in any order.

The majority of the episodes are set in a dystopian near future and feature some novel technologies. The technologies exaggerate traits from the internet. The series ran from December 4, 2011, to June 5, 2019.