Welcome To Wedding Hell Update: If you are a k-drama enthusiast and haven’t found something to binge-watch this summer season, then this enigmatic sitcom is the one.  “WELCOME TO WEDDING HELL” is a new-age romantic drama that is set to be released in May 2022. Produced by ‘Mays Entertainment’, it is a KaKao TV original drama series, it will also be streamed on the prominent screening platform Netflix.

The first episode is scheduled to be released on 23rd May this year. It is sure to be filled with lovable, mysterious, and sweet moments.

The series is based on the happenings in the lives of a couple who are ready to get married. The show will have a total of 12 unique episodes and each will make you go amazed. 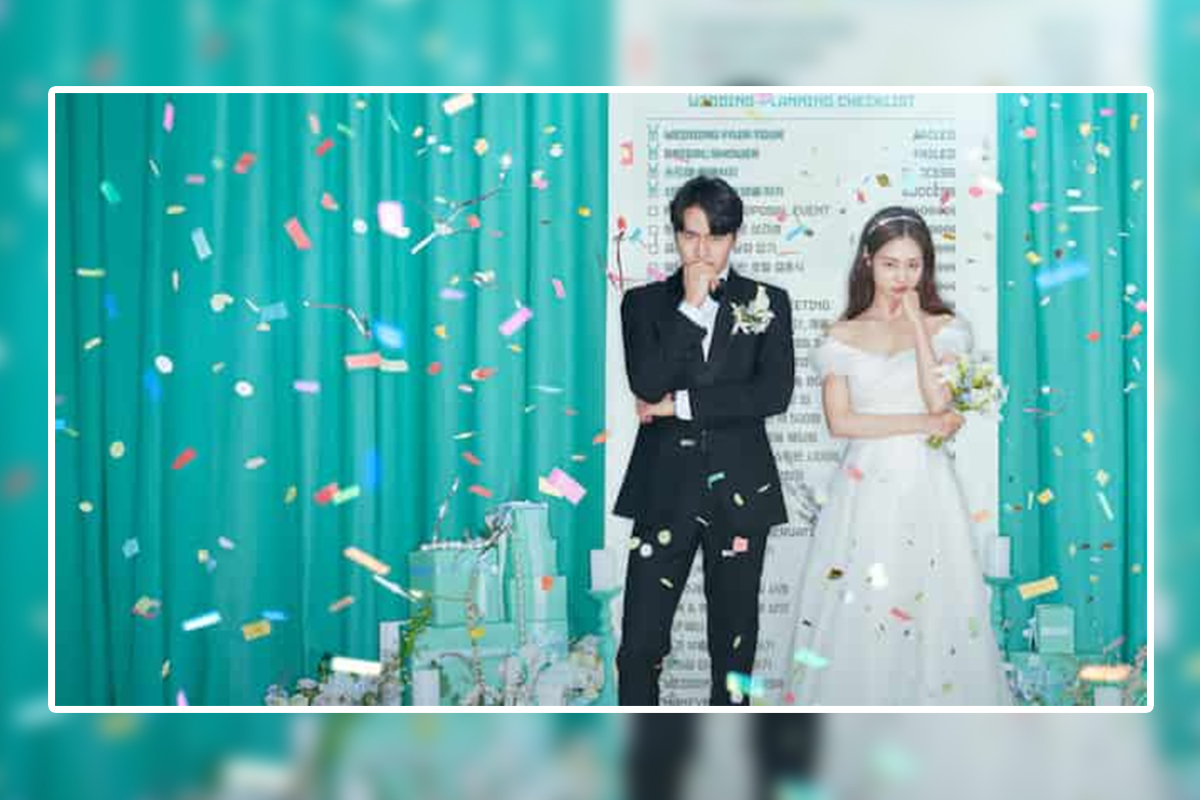 Written by the script-writer of The “Call of Country”, Choi-i-Rang is again here to excite and surprise his viewers. Written beautifully and directed playfully, this contemporary drama is sure to keep you glued. Firstly it is seen Starring Lee-Jin-Wook as the groom-to-be and Lee-Yeon-hee as the bride-to-be.

Both the leading characters are to play their role exceptionally well and breath-taking.  In addition to the release date, the show-in charges have also released the official poster and teasers of the drama.  The poster is seen to display the pleasing couple dressed in their mesmerizing wedding outfits.

They are seen standing against a white-blue background and surrounded by balloons, gifts, and all smiles. The series undergoes to showcase the hardships and realistic problems that the couple faces in organizing their grand wedding.  However, it ends on a sweet note of a happy marriage.

Directed by Seo-Joon-wan and Song-Je-young, Welcome to wedding hell is a realistic daily serial. Most importantly it is set in the modern world to exhibit sensible and realistic ideas. Extracting ideas from the video released through Netflix, we can see the long procedures, bills and money involved.

It displays how much of all these go into planning a wedding or for that matter any big event. Accompanying the lead cast are the various supporting members who have worked tirelessly to make the show worth every second.

The Romantic drama will be displayed on Kakao TV every Monday, Tuesday, and Wednesday at 19:00 Korean Standard Time.  After that, it will also be released by Netflix on the virtual platform.

Netflix describes the show as, “A marriage proposal is supposed to be a happy ending, But for one couple it is the beginning of an uphill struggle over wedding preparations.

With sneak peeks and instances, the k-drama fans can’t keep calm and await the release date. Moreover, it has a mixture of love, thrill, and mystery. Welcome to Wedding Hell is your next show to be pinned on Netflix and binged-watched.