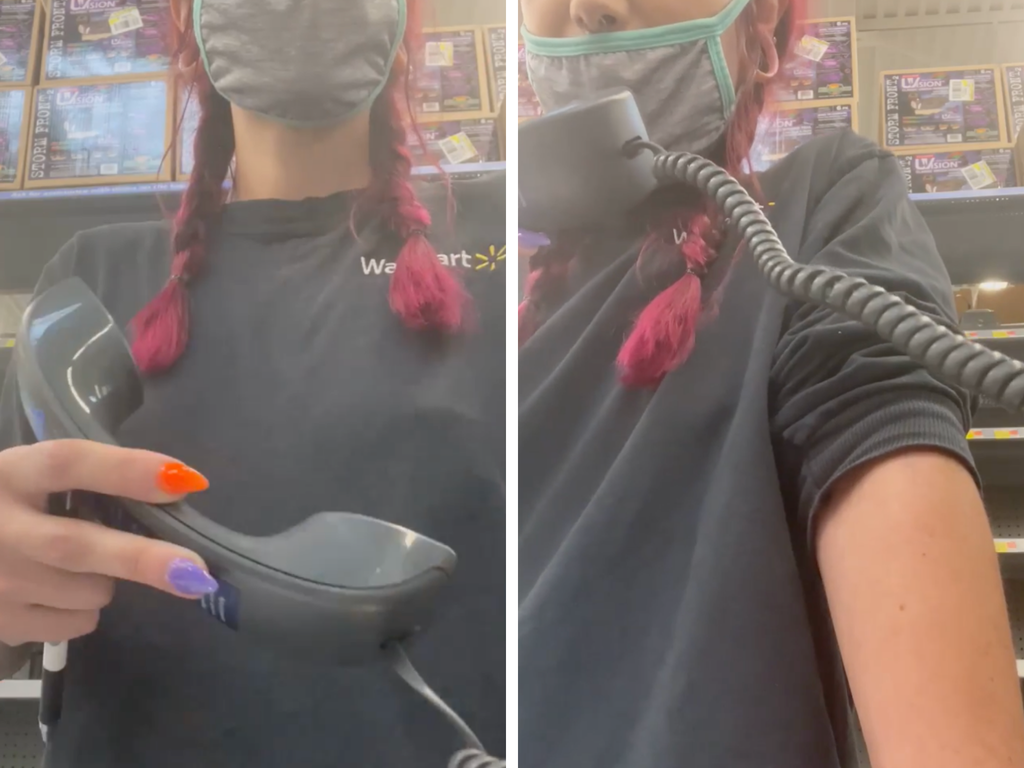 As far as employee resignations go, one Walmart employee’s decision to quit over the store’s loudspeaker is certainly up there as one of the wildest we’ve seen.

Beth McGrath, from Louisiana, posted a video to her Facebook profile on Tuesday, in which she can be seen in her black uniform, taking a deep breath before speaking to everyone in the store over the PA system.

“Attention Walmart shoppers and associates, my name is Beth in electronics. I’ve been working at Walmart for almost five years and I can say that everyone here is overworked and underpaid.

“We are treated by management and customers poorly every day. Whenever we have a problem with it, we’re told that we’re replaceable.

“I’m tired of the constant gaslighting. This company treats their elderly associates like s**t,” She replied.

Ms Mcgrath wasn’t done there, either, as she then turned her attention to the store management team, calling one a “pervert” and criticising two others for their behaviour towards her co-workers.

After listing the names of colleagues and expressing her support for them, she added: “Walmart doesn’t deserve y’all.”

Mcgrath received an overwhelming amount of support. The post gained more than 150,000 hits and 3,700 comments as of the writing.

Another user commented: “Hell yea girl you tell em! Life’s too short to work with a**holes.”

“My f’n hero. Hit me up if you ever need a job in [North Carolina], but for now, enjoy that freedom,” said a third.

When the video was shared to Twitter, people praised her there, too:

A day later, the former employee shared a follow-up video in which she said she was “so grateful” for the support and donations she has received.

“It’s been an emotional rollercoaster for me and I am just at a loss for words.

“I didn’t record the video for clout. I recorded the video for my fellow co-workers to let them know that I do love them, and I do want what’s best for them.

Rounding off the video and holding back tears, she said her advice from this would be “do not be afraid to speak your piece, even if it tears you down first”.

It isn’t the first time that a Walmart employee has resigned over the PA system, as a video of a worker from Texas doing the same thing went viral in November.