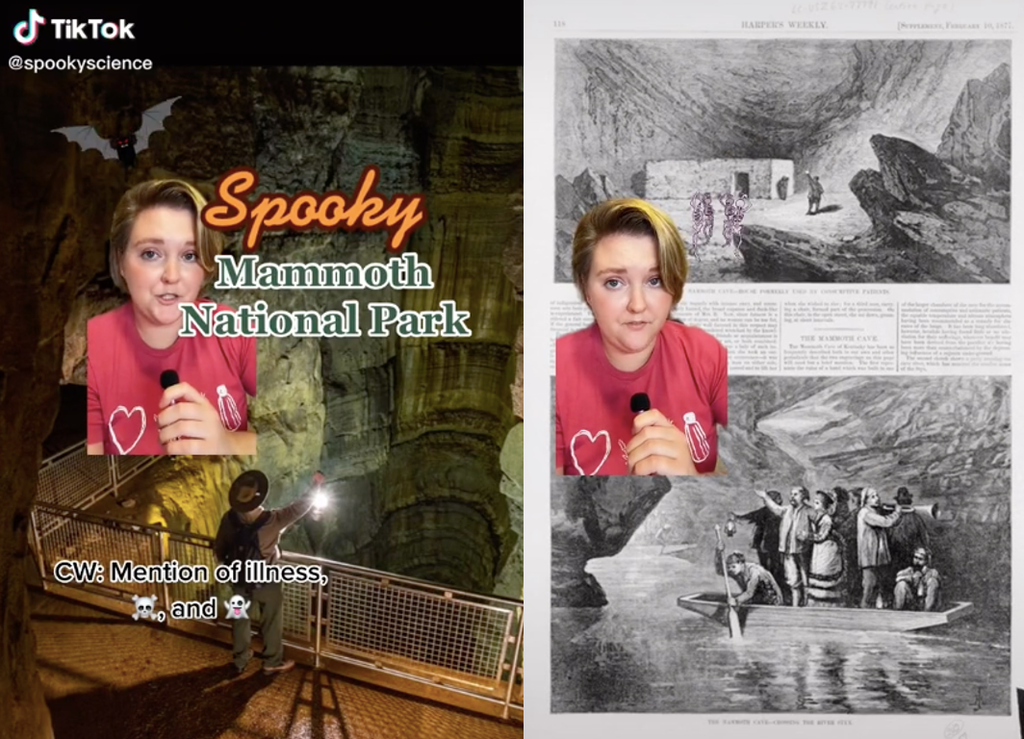 Caves are pretty creepy and unnerving at the best of times but a haunted cave is probably the last place on earth anyone would want to find themselves.

As an informative viral TikTok explains to us, the Mammoth Cave National Park in Kentucky is undoubtedly a natural wonder and the home of the largest cave system in the world – and it might also be one of the most haunted places on the planet too.

According to Dr. Meagan Ankney of the Spooky Science Sisters podcast, there have been at least “150 recorded paranormal encounters” reported at the site and humans have been exploring the caves for as long as “4,000 to 5,000 years ago.”

Guided tours of the caves begun way back in 1816, just four years after it was used as a site for gunpowder manufacturing during the War of 1812. A few decades after this, Dr John Croghan conducted a very morbid experiment when in 1842 he sent 16 people with tuberculosis to go and live in the cave, under the impression that they would be cured by the temperature and humidity of the environment.

Unfortunately, that didn’t happen and their conditions actually worsened as a result, with the “dank, dark cave” only accelerating their symptoms to the point that they resembled “skeletons”, according to the server who was providing them with meals.

The experiment ran for five months and in that time five people died, with their bodies being left for removal on a rock, which soon became known as ‘Corpse Rock.’ According to Ankney, visitors have said that they can “still hear coughing in that section on the cave,” to this day.

Disturbingly, the tuberculosis patients aren’t the only people said to be haunting the caves.

In something that sounds like it came from a Scooby-Doo cartoon, a former tour guide named Steven Bishop who died in 1859 and is reportedly buried near the “near the cave in the old guide cemetery” is now said to be one of the cave’s most famous ghosts.

Numerous park rangers and tourists have all claimed to have been “playfully shoved or grabbed” by an invisible force as well as hearing footsteps. Others have claimed to have “seen an apparition of Bishop tagging along with tour groups,” which doesn’t sound scary at all…

Ankney’s video has been watched more than 200,000 times with many sharing their disbelief and intrigue at the horror stories. She has also made a follow-up video to someone who told her “that one of the first things you learn when you start caving is to ignore the sounds as it is just dripping water and not a ghost saying your name.” Ankney replied: “That’s what they want you to think.”

Ankney has also done TikTok videos on the paranormal activity at other US national parks including Glacier, Yosemite and the Rocky Mountains.