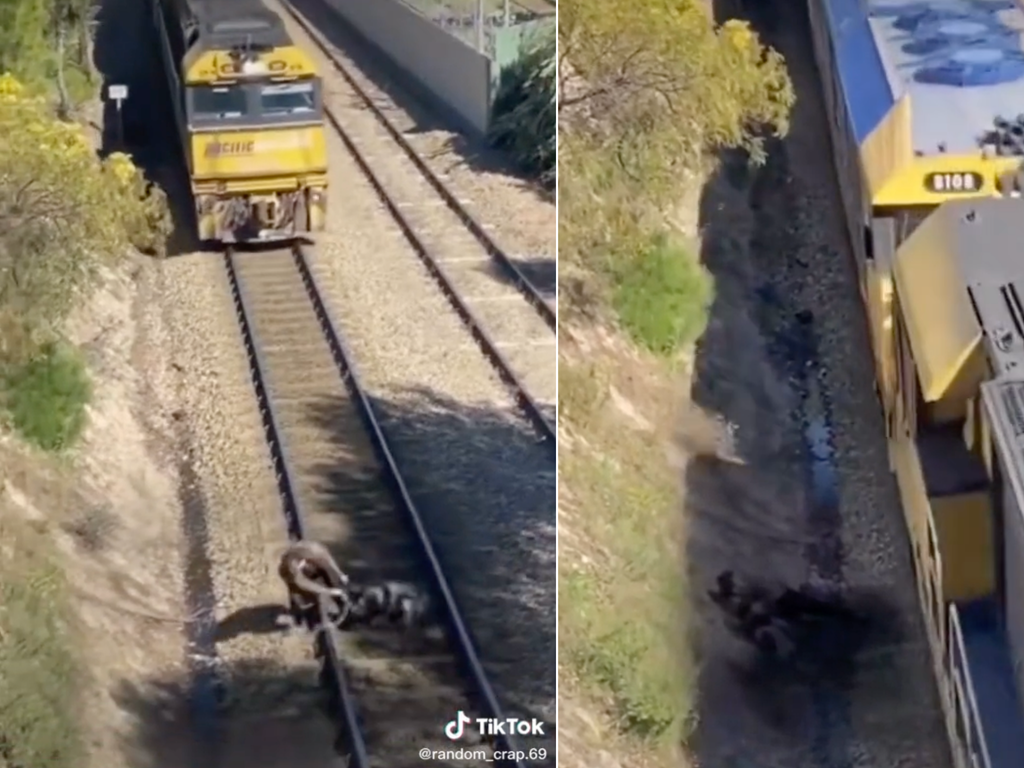 A viral TikTok appearing to show a man rescuing a dog that was tied to train tracks has been labelled as a likely fake.

TikTok [email protected]_crap.69 uploaded the clip. The clip has been viewed 21,000,000 times on the platform and received 2.9 Million likes.

The video shows a man running along a train track while a freight train approaches. The man runs towards the dog, which appears to be tied to the tracks by a rope.

Over the top of the video, the text reads: “This guy’s a legend.”

The audio picks up the sound of the train beeping while people shout at the man to get off the tracks, saying, “You’re going to get killed”.

The man unties his dog and takes it off the tracks, just moments before the train arrives.

Some people in the comments commended the man for his bravery, calling him a “legend”.

Now, however, the video appears to be faked and heavily edited in order to appear real.

Fact-checking website Snopes dug deeper to uncover if the video was real, and found that it was highly likely it is faked.

Their suspicions were that two separate clips had been filmed in the same location and merged together, to give the appearance that a train was approaching at the time of the dog “rescue”.

The fact-checkers examined each frame of the clip and noticed that the dog and man were both in the shadow of the train at one point. But, they saw that the man’s head was also casting its own shadow, even though he was in shade.

It was clear that the two clips were recorded at different times, and then digitally combined to create the illusion of a daring rescue.

According to Snopes, the video was reportedly first posted on TikTok user @richysand’s account but was removed by TikTok for violating the platform’s Community Guidelines on dangerous acts.