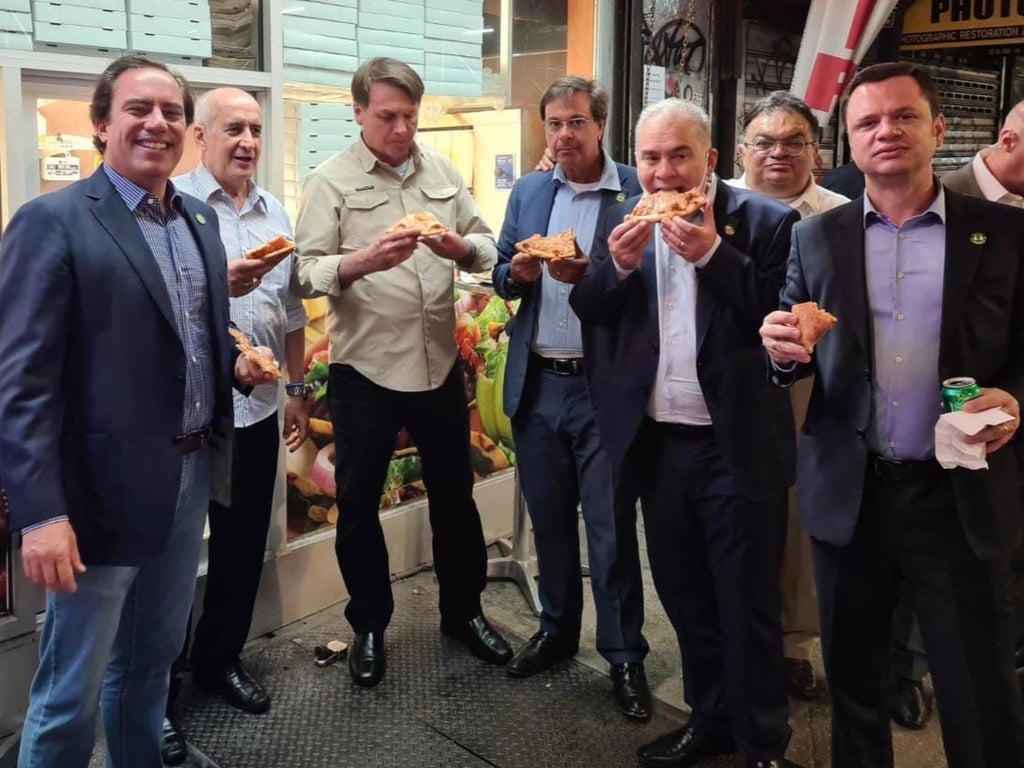 Brazilian president Jair Bolsonaro, a notorious far-right vaccine skeptic, got a truly authentic New York City experience as he and Brazilian ministers and aides were forced to eat pizza on the Manhattan sidewalk.

While eating dollar slices on the street at off hours is a coming-of-age experience for the average twenty-something in the city, this was likely not Bolsnaro’s initial plan. The politician was forced to accept the fact that all indoor New York City establishments require proof to enter such as gyms, concert venues, and restaurants. Bolsonaro remains unvaccinated, however, insisting he still has antibodies from a Covid infection last year.

That said, at least one Brazil UN delegate has tested positive for Covid-19 since arriving in New York, according to Bloomberg.

Bolsonaro is in New York for the upcoming United Nations General Assembly meeting, which, unlike New York’s gyms and restaurants, will not require proof of vaccination. Instead, the UN has implemented an “honour system,” claiming that requiring vaccination proof is “discriminatory.” Speaking to Reuters, General Assembly President Abdulla Shahid said he “cannot tell a head of state if he is not vaccinated that he cannot enter the United Nations.”

However New York City Mayor Bill De Blasio took a different approach, urging world leaders to get vaccinated before visiting New York and attending the meeting. “If you intend to come here, you need to be vaccinated. If you don’t want to be vaccinated, don’t bother coming,” Bolsnaro was specifically mentioned by him in a press conference “Most notably, Bolsnaro from Brazil,” He added.

Perhaps pizza will be served outside by the UN?