Timo Werner’s protracted move to the Premier League has been one of the stories of the summer, with the RB Leipzig striker having been linked with various top-flight clubs including Chelsea and Liverpool for a number of months. Early reports suggested that the 24-year-old had been won over by Jurgen Klopp, yet the Reds appeared to dawdle, and Chelsea have seemingly taken advantage of their dithering. As of June 9th, the German International appears to be destined for West London, however, some sources suggest that the Merseyside club may return with one final offer. Could the 2019 Champions League-winners make a last-ditch attempt to resurrect the deal?

Werner’s release clause was set at £49 million, yet some studies suggest that his market value could be significantly higher. With his fellow Bundesliga star Kai Havertz commanding a £90 million price tag, the 31-goal striker looks a snip at almost half the price, and it’s little wonder that there has been significant interest from UK clubs over the last 12 months. He’s played a leading role for RB Leipzig over the last couple of years, and although their title challenge has faded in recent weeks, the south German club have been one of the most entertaining sides to follow this season. Werner is the division’s second highest goalscorer and is 10/1 in the latest odds on the German Bundesliga to usurp Bayern’s Robert Lewandowski, however, it’s all-round game which has helped him become one of the most sought-after strikers in Europe.

The former Stuttgart star has also been credited with eight assists this campaign, and has seen 63% of his shots hit the target since mid-August. Only Dortmund’s Jadon Sancho has a superior record in this department. His underlying numbers are superb, and he also appears to be improving year on year. He is constantly craving the ball and his finishing ability is second to none. With 0.66 non-penalty XG ratio this campaign, he continues to be one of most efficient marksmen in the European game. Many have credited current boss Julian Nagelsmann for Werner’s continued progression, although he’d almost certainly keep up his rate of development working under the infectious Jurgen Klopp.

The Liverpool boss is keen to add yet more firepower to his squad this summer, and is understandably frustrated that the club’s main transfer target looks set to join a rival. The loss of revenue over the last couple of months has resulted in budget cuts at Anfield, although the German boss may just have enough sway to persuade the Liverpool hierarchy to loosen the purse strings and stump up enough cash for the immensely talented 24-year-old. The Premier League leaders will have to act swiftly and decisively if they have any desire to hijack the deal, and with Werner having set his heart on a move to Liverpool, it surely won’t take much to persuade him to head north.

🗣 RB Leipzig chief Oliver Mintzlaff: “We haven’t had an exchange with Chelsea yet.

“So far, Timo Werner has not drawn the clause, nor has a club sent a transfer contract.”

Klopp’s presence, coupled with the chance to play alongside Roberto Firmino, Sadio Mane and Mo Salah are believed to the main factors behind Werner’s desire to move to Merseyside, however, money talks, and the Liverpool hierarchy simply cannot afford to linger. It’s a fast-moving market, and as one of Europe’s hottest properties, the RB Leipzig striker is unlikely to be on the market for much longer. The Reds still have the opportunity to hijack the deal, however, Chelsea are in the driving seat, and it looks set to be a fascinating transfer tussle between two Premier League heavyweights. 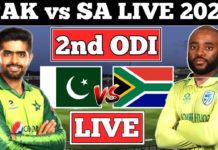 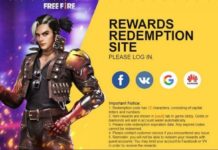 Raghuveer Reddy - April 13, 2021
2
Filmywap is another popular website for movie downloads. It provides the chance for its cities to download too many hit movies just after being...