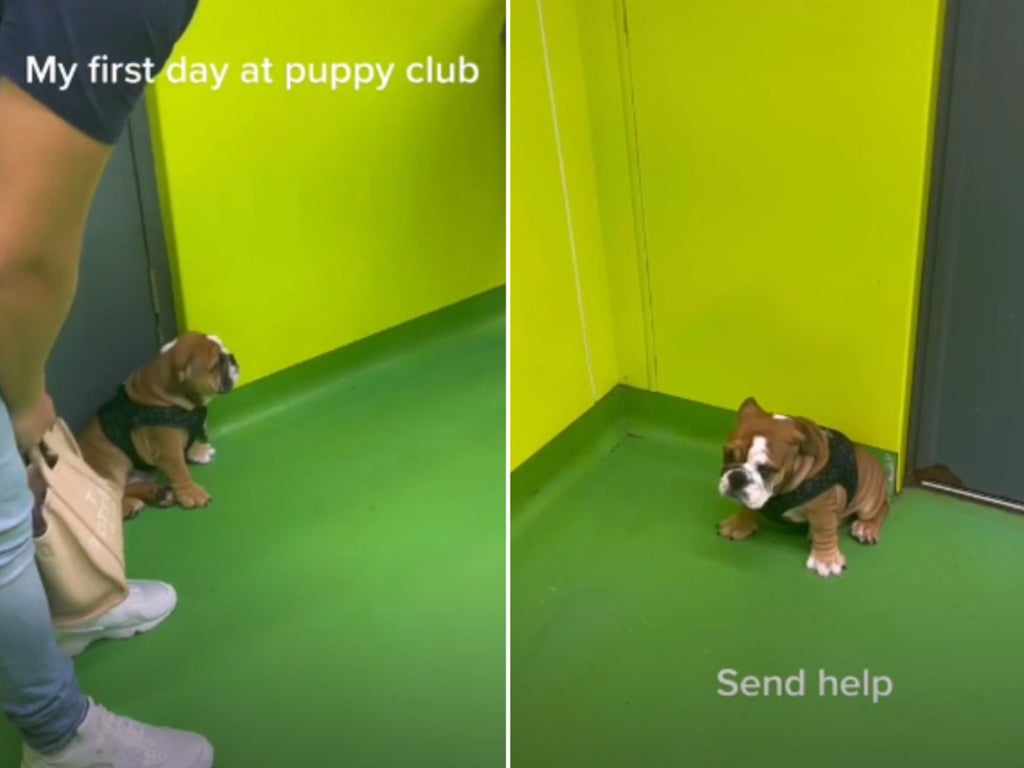 We can all relate to getting some jitters on our first day of school, and these nerves seemed to be all too much for one poor pup.

Fella, the bulldog, had just joined a puppy club. He was clearly going through the motions as he met his new classmates.

TikToker user @fellathebulldog posted footage of Fella’s shy and reserved response, as he remained firmly in his place next to his owner and not wanting to move. While Fella was mingling with other dogs on the opposite side, the other dogs did the same.

Throughout the clip, Fella displayed his inner introvert, he didn’t flinch an inch and stayed in the corner on the club, as the on-screen caption read: “Send help.”

One person wrote with laughing emojis: “Ah he was looking at the clock.”

“I feel your pain! My girl was obviously way too cool to be told what to do! She owns me I’m afraid,” another person said.

Someone else added: “This was me at playgroup – I can fully relate fella.”

“It’s okay buddy I know the feeling also my puppy is the same haha,” a fourth person commented.

The viewers were pleased to learn that Fella had made friends and was now playing with them.

One person wrote: “Honestly watch the first vid I thought I was going to lose sleep thinking he hadn’t made any friends.”

“I knew it,” another person said.

Someone else added: “Awww yay.”

Great to see Fella with his friends.