“Ticket to Paradise,” a romantic comedy that will likely be of great interest to many. This is because the movie features the reunion of two beloved, Oscar-winning actors in the form of George Clooney and Julia Roberts. Those two names alone make any film instantly worth putting on one’s radar.

“Ticket to Paradise” is a romantic comedy that reunites George Clooney with Julia Roberts for the first time since 2016’s “Money Monster.” Before that, the two A-listers hadn’t worked together since “Ocean’s Thirteen.” That’s no small task as Both Clooney and Roberts have become selective with their projects in recent years.

While we don’t yet have a trailer for the movie, a brief logline has been revealed, which reads as follows:

In the comedy, a couple of exes find themselves on a shared mission: stop their lovestruck daughter from making the same mistake they once made. 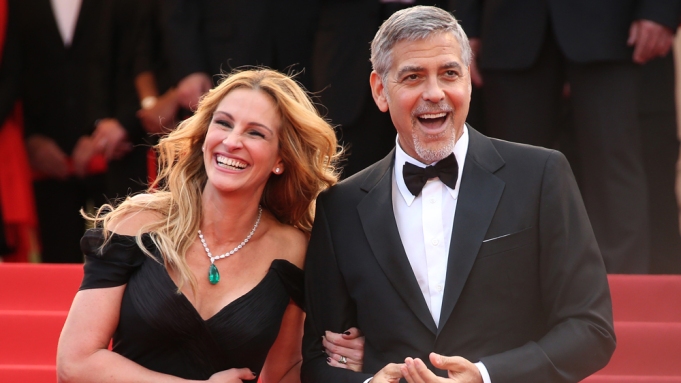 George Clooney and Julia Roberts will topline the cast in the lead roles. Starring alongside them will be Kaitlyn Dever (“Booksmart,” “Last Man Standing”) and Lucas Bravo (“Emily In Paris,” “Mr. Harris Goes to Paris”).

Check out the look of the comedy here:

“Ticket to Paradise” is expected to begin filming later this year. It will shoot on location in Queensland, Australia, and will get tax incentives from the Australian federal government and Screen Queensland’s Production Attraction Strategy. The Universal Pictures film will debut on Sept. 30, 2022.