The Proud Family is officially coming back on February 23, 2022, for a brand new season. Evidently, it will revive one of the most iconic families in animation history. Hereby rebooted as The Proud Family: Louder and Prouder, Penny Proud and her friends are ready to take on the world. Moreover, they will speak their minds, and try to figure out who they are in brand new episodes of the series. With an updated animation style, familiar faces, and new shenanigans for the family to get into, the series is ready to pick things up right where we left them.

The original series debuted in 2001 and ended prematurely in 2005 after only two seasons. “The Proud Family” centered on the life of fourteen-year-old Penny Proud. And she navigates the transitional years between childhood and adulthood and dreaded junior high drama. Fortunately, Penny comes from a wonderful family who, despite their hilarious hijinks, are here to love and support one another. The new series will serve as a continuation of that story. With Penny a little bit older, a little bit wiser, and the rest of the Proud family as quirky as ever. 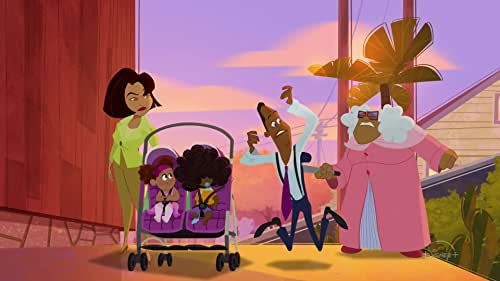 The Proud Family: Louder and Prouder – Trailer and Release date!

The Proud Family: Louder And Prouder, an all-new original series, is streaming on February 23 only on Disney Plus.