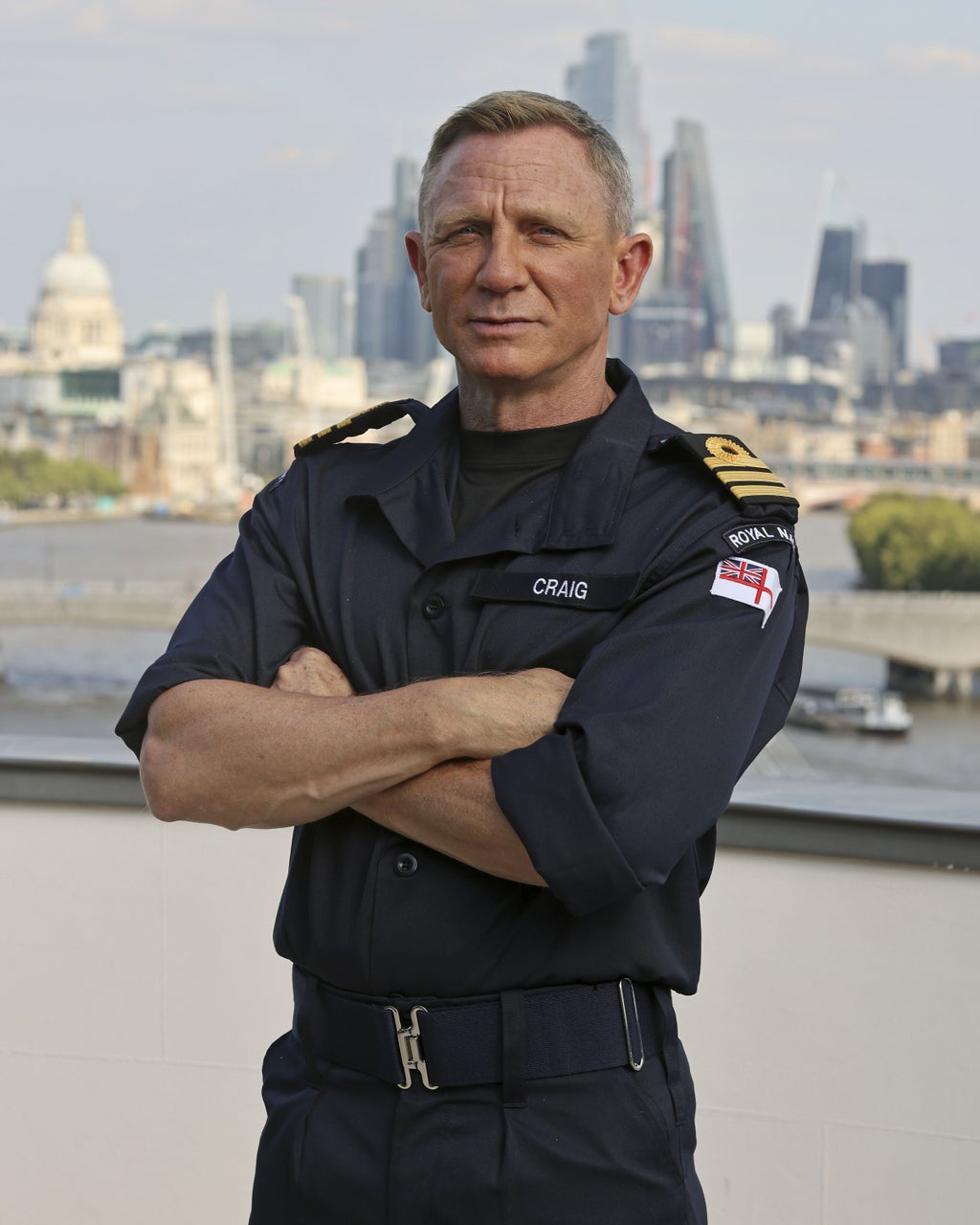 After more than a decade playing the world’s most famous secret agent, actor Daniel Craig now shares another thing with James Bond: the military rank of commander.

The British actor’s tenure in the coveted role has seen him fight shadowy organisations around the globe, drive a motorbike on to a moving train and compete in a high-stakes poker game in Casino Royale.

Now ahead of the premiere of his latest film No Time To Die, Craig has been made an honorary commander in the Royal Navy

Craig said: “I am truly privileged and honoured to be appointed the rank of honorary commander in the senior service.”

He is keen to support personnel within the Royal Navy, with a particular interest in service families.

Craig’s appointment to the rank – the same as that of his on-screen spy persona – reflects his personal support for UK armed forces and links it with the legacy created through the guise of the fictional British secret agent.

Navy warship HMS Dragon features in the movie, with the Type 45 destroyer’s red dragon emblem on the hull seen cutting through the waves in the latest trailer.

No Time To Die was made in close collaboration with the Ministry of Defence and Royal Navy.

As well as HMS Dragon’s cameo, the RAF Brize Norton base in Oxfordshire was used as a backdrop in the film, standing in for a Nato airbase in Norway where Bond joins MI6 allies and later boards a C-17 Globemaster.

The Army provided troops from the Household Cavalry.

They offered their services at a crucial moment in their calendar just before the Changing the Guard ceremony at Buckingham Palace.

“Our honorary officers act as ambassadors and advocates for the service, sharing their time and expertise to spread the message about what our global, modern and ready Royal Navy is doing around the world.

“Daniel Craig is well known for being Commander Bond for the last 15 years – a naval officer who keeps Britain safe through missions across the globe.

“That’s what the real Royal Navy does every day, using technology and skill the same way as Bond himself.

“I look forward to him getting to see more of our sailors and marines over the coming months and years.”

The Royal Navy actually has a few real-life Bonds within its ranks, with Lieutenant Commander Frances Bond invited to meet Craig ahead of the launch of the new film.

Lt. Cdr Bond was based in Portsmouth. “I’ve had my fair share of light-hearted banter from colleagues over being a real-life Bond but I never imagined I would actually one day get to meet the actor who played him.

“I really enjoyed speaking to Daniel Craig and the rest of the cast. It was fascinating to hear their perspectives on working with the armed forces and learning a bit about the world of Hollywood.

“There are some strange similarities between what we do. I’ve been lucky enough to travel the world during my service with the Royal Navy, like the cast have too with their filming locations.”