The Mandalorian Season 3 will be announced on Disney Plus; we have exciting updates for the fans about its Release Date, Cast and Plot Info. The fans’ excitement knew no limits when Disney announced the arrival of the third season of The Mandalorian. However, the fans were earlier expecting the third part to be released on Christmas 2021, but it got pretty much clear that they were referring to the Boba Feet spin-off. Thus, the fans assume that The Mandalorian’s third season will likely arrive in early 2022. The fans are now eagerly waiting for the third to come on board as they were overwhelmed with the emotional drama and action offered to them through the first two seasons.

Recently on Spin-off series of the franchise has also been released on Disney Plus named The Book of Boba Fett, which is currently premiering on the streaming giant weekly.

Let us first talk about all those who will join The Mandalorian Season 3. Pedro Pascal is likely to return as Din Djarin, and it has also been confirmed that focus in the third season would be on Din Djarin, not Boba Fett. Besides, Moff Gideon, played by Giancarlo Esposito, is expected to have a more significant role than he had in the previous two seasons. Sophie Thatcher, known for When the Streetlights Go On, is also likely to be a part of the third season, but it is still unknown what character she will play. 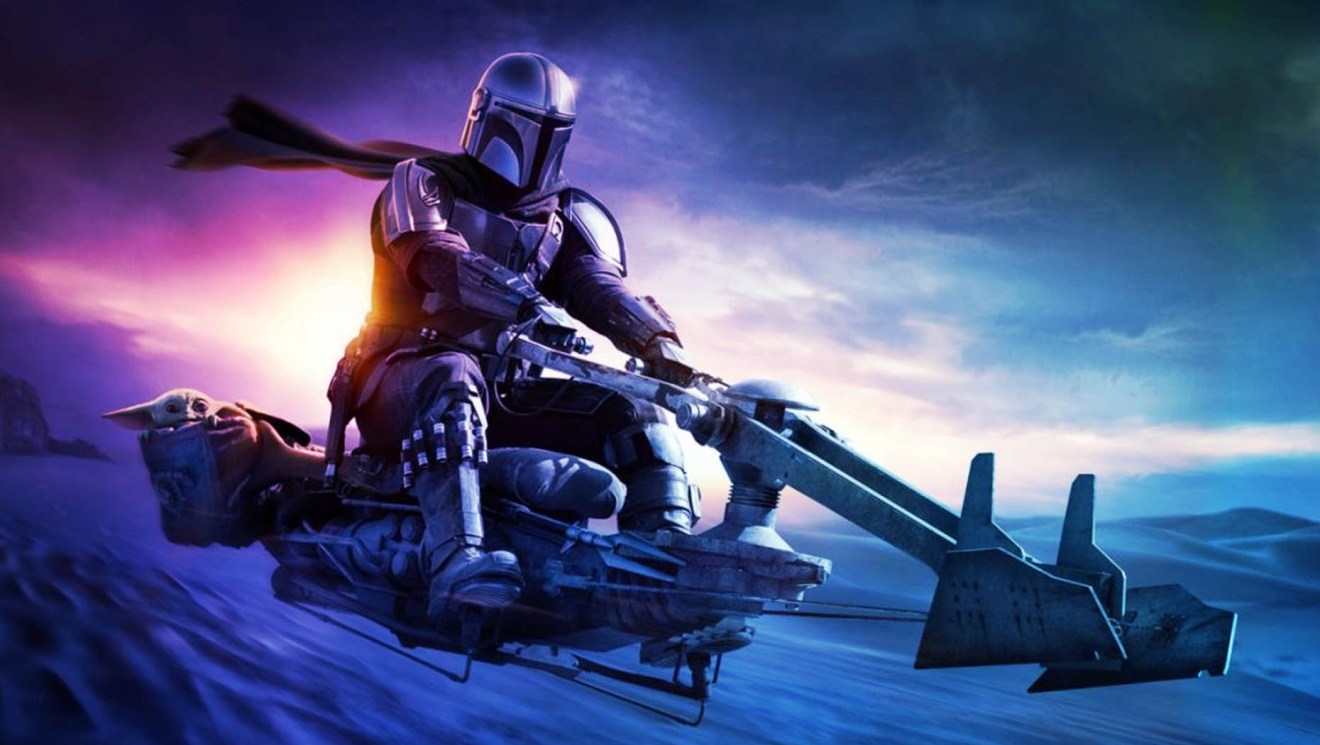 Keeping in view the ending of the second season of The Mandalorian, the fans also believe that Katee Sackhoff will return as Bo-Katan. In contrast, Rosario Dawson’s character Ahsoka is also likely to be back in the third season. However, to a bit of disappointment of the fans, Koska Reeves, played by Sasha Banks, is not going to return to the third season, as confirmed by some insider sources. Another character that surely will not return in the franchise’s third season is Cara Dune, played by Gina Carano.

Although fans believed that she would be one of the main characters in the coming Rangers of the New Republic spin-off, Lucas Film has reportedly cut all ties with her on seeing her activities on social media. Thus, not only in The Mandalorian, but she would also not be seen in The Rangers of the New Republic spin-off. Indeed, The Mandalorian is one of the most anticipated Star Wars show. So, let us find out some insider details about it.

The Mandalorian is known to be a show that somehow revived fans’ love for the legendary and classic series. Nurturing a franchise that has been growing for many decades with the conclusion of season two, fans saw what will be most likely Mando’s relationship with the alien Grogu. Now, many fans wonder what is in store for the third season. Following the ending of the second season, there have been a lot of moments left unrevealed and a lot of questions answered.

One of these many questions is what will happen with the conflict between Mando and the Mandalorian huntress Bo-Katan Kryze. The second season’s insiders stated that Bo-Katan Kryze must kill Din Djarin. So naturally, this leads to much tension between the two Mandalorian characters. Now, let us find out more about the legendary weapon Darksaber. 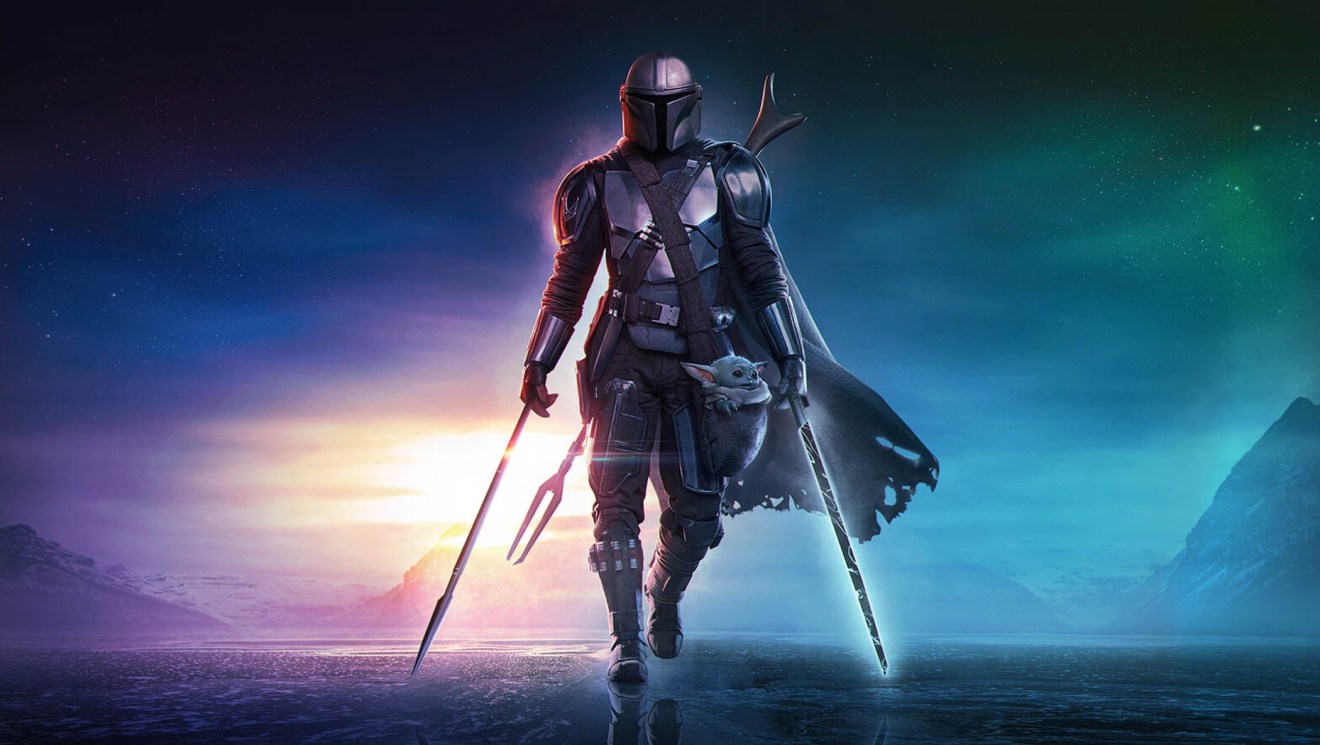 The Darksaber represents the most mighty saber weapon encountered in the Star War lore. The gun is quite simple by design, and it lacks any typical markings that would classify it as a Lightsaber. Instead, the weapon was crafted by the first Mandalorian warrior to be accepted into the Jedi order but eventually fell into the hands of Pre Vizsla, one of the first rulers of the great Mandalore, to avoid future conflicts or any corrupt power struggles within this legendary warrior culture.

From season two, it was clear that the whole reason why Bo-Katan even bothered helping Din Djarin on his quest to save Grogu was to retrieve the Darksaber that was once hers. However, with the resurgence of specific imperial pressures surrounding the galaxy far and wide, the legendary Darksaber ended up in the wrong hands of Moff Gideon.

Is there Rey in The Mandalorian Season 3?

Let us talk about some other most common questions going on in the fans’ minds. Some of these do the Mandalorian Season 3 Include Rey’s Story, and is there Rey’s arc in the Star Wars sequels? The first glimpse of Rey to the viewer was as a junk trader on the remote desert planet of Jakku. There, she met small droid BB-8 without understanding what an adventure he’s been on with the Resistance. If some insider details are to be believed, there is a possibility that Daisy Ridley could return to the Star Wars universe to reprise her role as Rey. There’s even a slight possibility she could be a part of the Mandalorian Season 3. Now fans are wondering what if there is a time jump.

The Mandalorian Season 3 having a time jump does make sense. This would give Grogu sufficient time to get trained because of Yoda’s species pages. No wonder he’ll still be a baby even after 30 years. The character Mando may look much older, requiring some makeup and gray hair dye. But it doesn’t matter as Mando is seen most of the show hidden under a mask. Let us recall that most of the Jedi were destroyed by Kylo Ren before the events of The Force Awakens, so it would now be onto the shoulders of Rey and Grogu to serve up as a new generation of the Jedi leaders.

About the most adorable character Baby Yoda

Coming to the most adorable character Baby Yoda, many fans believe it resembles the much-beloved Star Wars character from the original series but remains pretty mysterious. A new fan theory claims that while the character appears to look like Yoda, there is a possibility that it could be another type of creature disguised in the green form. Adding to that, it can be seen that it is not a baby at all but a 50-year-old creature. Moreover, the story behind it gets a little bit more complicated. Some theories believe that the galaxy often gives specific details even for very little screen time for the characters. Baby Yoda himself is something of a mystery. The green, short, and long-eared Yoda’s species doesn’t even have a name in the Star Wars universe, and it’s indirectly shown that they are extremely rare. So it makes sense that Baby Yoda is such a hot commodity in the world of The Mandalorian.

What to Expect from The Mandalorian Season 3?

Now, let us see what The Mandalorian Season 3 be all about? From the first and second seasons, the fans assume that the third season would pick up with Mando trying to return Baby Yoda to his trustworthy people. But in the ending, Baby Yoda was off to train in the Jedi ways with Luke Skywalker. Now, it is being assumed that Mando will be on a complete adventure in the third part. Baby Yoda and Mando are likely to reunite again because it would not be enjoyable without the only good and lovable father-son relationship. Many mysteries will be solved, while many questions will be answered in the third season of The Mandalorian.

About the Release Date

According to some insider information and confirmation by some stars, The Mandalorian season 3 is currently in production and can be released anytime in 2022 on Disney Plus. The fans are hoping that the fans are either going to see a miniseries or movie-length episodes that tie many prominent characters in a tight string. However, anything could be ascertained without season 3 coming to board. So let us hope for the best.