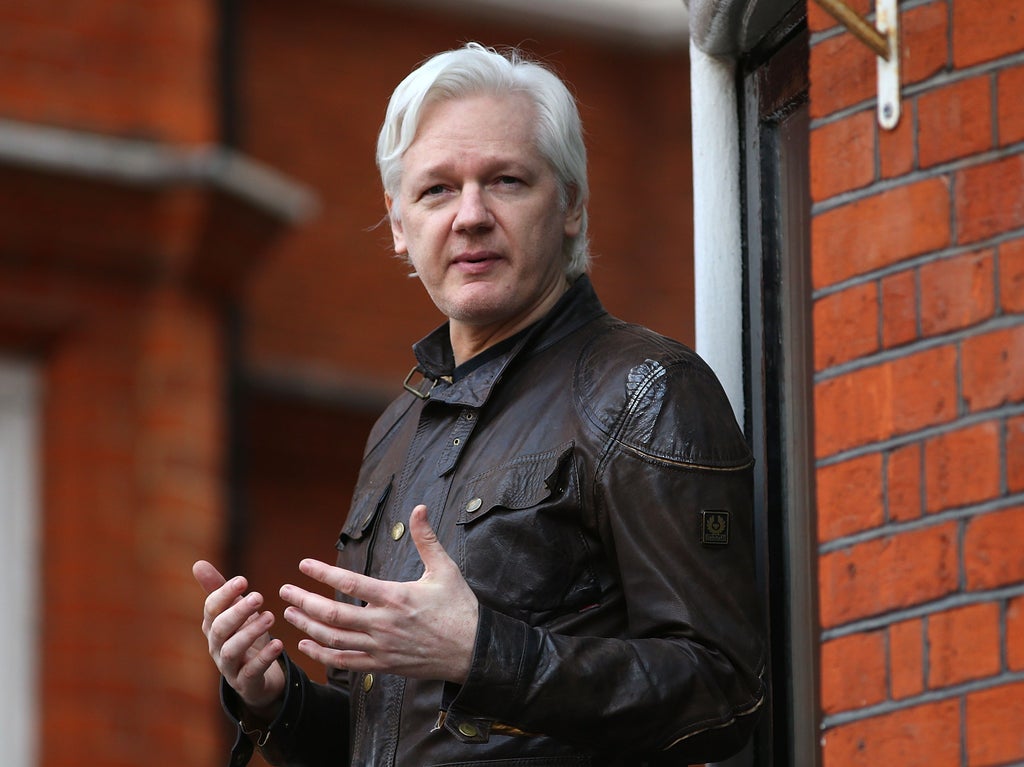 Senior officials within the CIA and Trump administration allegedly had James Bond-like plans to kidnap Julian Assange, founder of WikiLeaks, after the platform published “sensitive hacking tools” in 2017, Yahoo! News has reported.

According to the outlet, the aforementioned officials even considered assassinating Assange, requesting “sketches” and “options” for how best to go about it. Conversations regarding kidnapping and/or killing the WikiLeaks founder were held at “the highest levels,” a former senior counterintelligence official said. “There seemed to be no boundaries.”

The dialogue was part of “an unprecedented CIA campaign” against WikiLeaks and Assange, which also included “extensive spying on WikiLeaks associates, sowing discord among the group’s members, and stealing their electronic devices.” The country’s intelligence agency had maintained a close watch on Assange for several years, but did not discussing kidnapping or assassination until Wikileaks released the “Vault 7,” highly sensitive hacking tools, which the agency believes was “the largest data loss in CIA history.”

Former CIA director Mike Pompeo, who Donald Trump had just appointed at the time,  was allegedly “seeking revenge on WikiLeaks and Assange.” According to a former Trump national security official, Pompeo and other top leaders “were completely detached from reality because they were so embarrassed about Vault 7. They were seeing blood.”

This “designation” allowed the agency to treat WikiLeaks as it did other “non-state hostile intelligence services” like rival spy services. Thus, like clockwork, U.S. spies began “monitoring the communications and movements of numerous WikiLeaks personnel, including audio and visual surveillance of Assange himself,” according to former officials.

While there is no evidence that any of the CIA’s drastic plans were approved, “there were serious intel oversight concerns that were being raised through this escapade,” a Trump national security official said.

Finally, the U.S. government caught wind of reports that “Russian intelligence operatives were preparing to sneak Assange out of the United Kingdom and spirit him away to Moscow,” and began preparing a series of scenarios to “foil Assange’s Russian departure plans,” three former officials said. The “scenarios” included “gun battles with Kremlin operatives on the streets of London, crashing a car into a Russian diplomatic vehicle transporting Assange and then grabbing him, and shooting out the tires of a Russian plane carrying Assange before it could take off for Moscow.”

“We had all sorts of reasons to believe he was contemplating getting the hell out of there,” the former senior administration official said, also adding that one report implied Assange could try to escape in a laundry cart. “It was going to be like a prison break movie.”

Seeing as Assange’s escape never came to fruition, Pompeo continued to seek his revenge.  “WikiLeaks was a complete obsession of Pompeo’s,” said a former Trump administration national security official. “After Vault 7, Pompeo and [Deputy CIA Director Gina] Haspel wanted vengeance on Assange.” At that point, Pompeo began to discuss kidnapping Assange. “There was a discussion with the Brits about turning the other cheek or looking the other way when a team of guys went inside and did a rendition,” said a former senior counterintelligence official. “But the British said, ‘No way, you’re not doing that on our territory, that ain’t happening.’”

What’s more: Kidnapping someone is not exactly legal.” You can’t throw people in a car and kidnap them,” a former national security official said, adding that for many, “This was the key question: Was it possible to render Assange under [the CIA’s] offensive counterintelligence” authorities? In this former official’s thinking, those powers were meant to enable traditional spy-versus-spy activities, “not the same kind of crap we pulled in the war on terror.”

Other conversations escalated, as U.S. officials began to consider killing Assange, three former officials confirmed. One official said he was  “briefed on a spring 2017 meeting in which the president asked whether the CIA could assassinate Assange and provide him ‘options’ for how to do so.”

“It was viewed as unhinged and ridiculous,” this former senior CIA official said of the suggestion. And in the end, none of these plans come to fruition. According to a former senior official, the idea of killing Assange “didn’t get serious traction. It was, this is a crazy thing that wastes our time.”

A former Trump national security official concluded that, “There was an inappropriate level of attention to Assange given the embarrassment, not the threat he posed in context. We should never act out of a desire for revenge.”

Assange is currently in a London prison, where he will remain as the courts make a decision regarding the U.S. request to extradite him for violating the Espionage Act.