The 8 funniest moments and memes from the 2021 Emmys 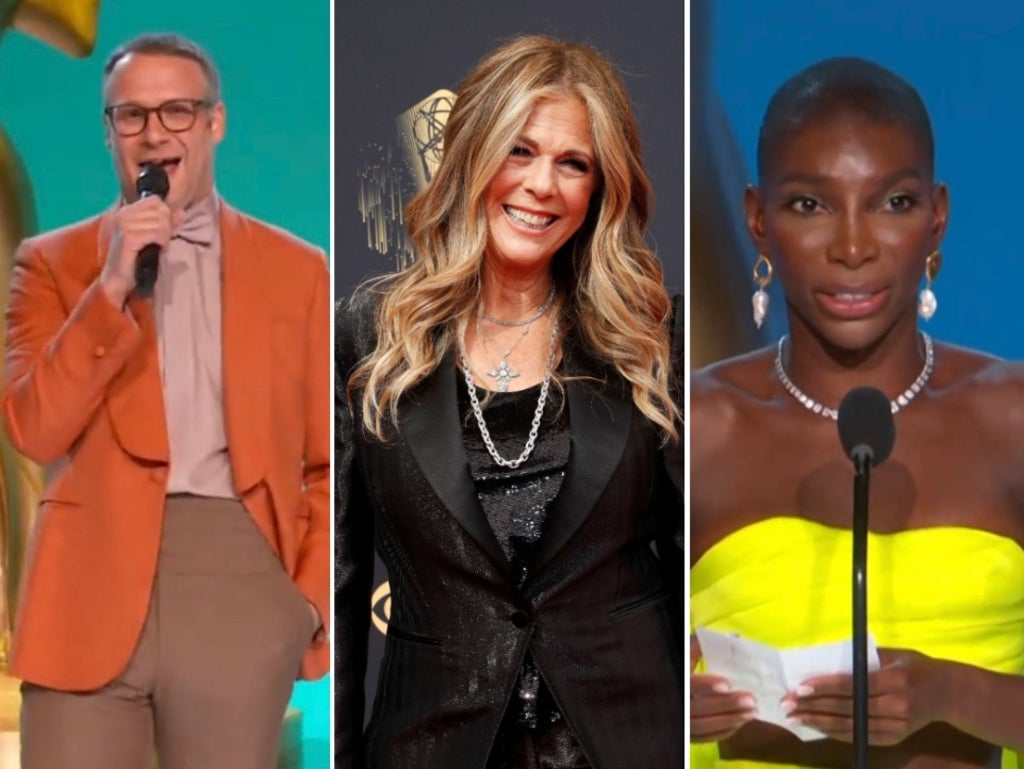 Last night, the crème de la crème of television came together to celebrate the 2021 Emmy Awards. All in all, things ran pretty smoothly though Sunday’s ceremony did however have Covid protocols in place as the event was moved to an outdoor tent in downtown Los Angeles with a reduced guest list.

Some of the night’s big winner included: The Crown with seven awards, including best drama series and actors Olivia Colman and Josh O’Connor for lead actress and lead actor in a drama series, while their co-stars Gillian Anderson and Tobias Menzies won an Emmy for their supporting roles respectively. Ted Lasso took home four awards including one for best comedy series, and creator Jason Sudeikis won lead actor in a comedy series for his role in the show.

As always, the internet was there to provide some hilarious commentary and reaction through it all.

Here are the top eight funniest moments and memes from the night.

We began the night with host Seth Rogen’s commentary on the irony of being bundled together in a tent due to Covid protocols (while wearing no masks, nor social distancing), and also remarked how hot and sweaty the Emmy’s tent really was – and viewers definitely noticed.

Meanwhile, on the red carpet, we learned where Chet Hanks gets his rapping stills from, and it’s not his dad but rather his mum Rita Wilson… and people were not prepared.

Michaela Coel won the Lead Actress, Limited Series or Movie Emmy for I May Destroy You and fans were delighted Coel and the show was getting some recognition.

People are finding it quite hilarious that Ryan Murphy had nothing to with Evan Peters winning an Supporting Actor, Limited Series or Movie Emmy for Mare of Easttown, Peters in his speech took the time to yell at co-star Kate Winslet in enthusiasm which viewers loved.

Issa Rae and Robin Thede’s from A Black Lady Sketch Show humorous reaction to losing out on Emmy to Saturday Night Live also had everyone talking.

Conan O’Brien was unofficially declared the hype man of the ceremony.

Debbie Allen won the Governor’s Award and was not going to let anyone cut her speech off.

Not everyone was impressed with some of the jokes – in particular one referencing the fly that landed on Mike Pence’s head during the 2020 presidential debate.

‘Shang-Chi’ Streaming Online For Free – Is it Available on Disney Plus?

‘Shang-Chi’ Streaming Online For Free – Is it Available on Disney Plus?

The Boys Season 3 Release Date: Get Trailer, Cast & All Other Details