The direct sequel to 1974’s “The Texas Chain Saw Massacre,” is paying service to fans of the original. Moreover, they are bringing back John Larroquette to narrate the opening of the film. Larroquette’s legendary news brief at the start of the 1974 film was meant to scare audiences by grounding the film in true crime. In reality, the plot was loosely by the crimes of murderer Ed Gein.

Since its debut nearly 50 years ago, The Texas Chainsaw Massacre has spawned eight films about unsuspecting young people. And, these people stumble onto a desolate Texas town and become victims of the cannibalistic Leatherface and his family. Leatherface returns in the sequel to the 1974 horror classic produced by Netflix.

The setup: “After nearly 50 years of hiding, Leatherface returns to terrorize a group of idealistic young friends who accidentally disrupt his carefully shielded world in a remote Texas town.” 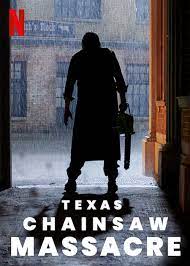 Here are some more details about the new storyline and cast: “Melody (Sarah Yarkin), her teenage sister Lila (Elsie Fisher), and their friends Dante (Jacob Latimore) and Ruth (Nell Hudson) head to the remote town of Harlow, Texas. They wished to start an idealistic new business venture. But their dream soon turns into a waking nightmare when they accidentally disrupt the home of Leatherface, the deranged serial killer whose blood-soaked legacy continues to haunt the area’s residents — including Sally Hardesty (Olwen Fouéré), the sole survivor of his infamous 1973 massacre who’s hell-bent on seeking revenge.”

Are you excited? Check out the trailer here:

Texas Chainsaw Massacre will stream on Netflix from 18th February.