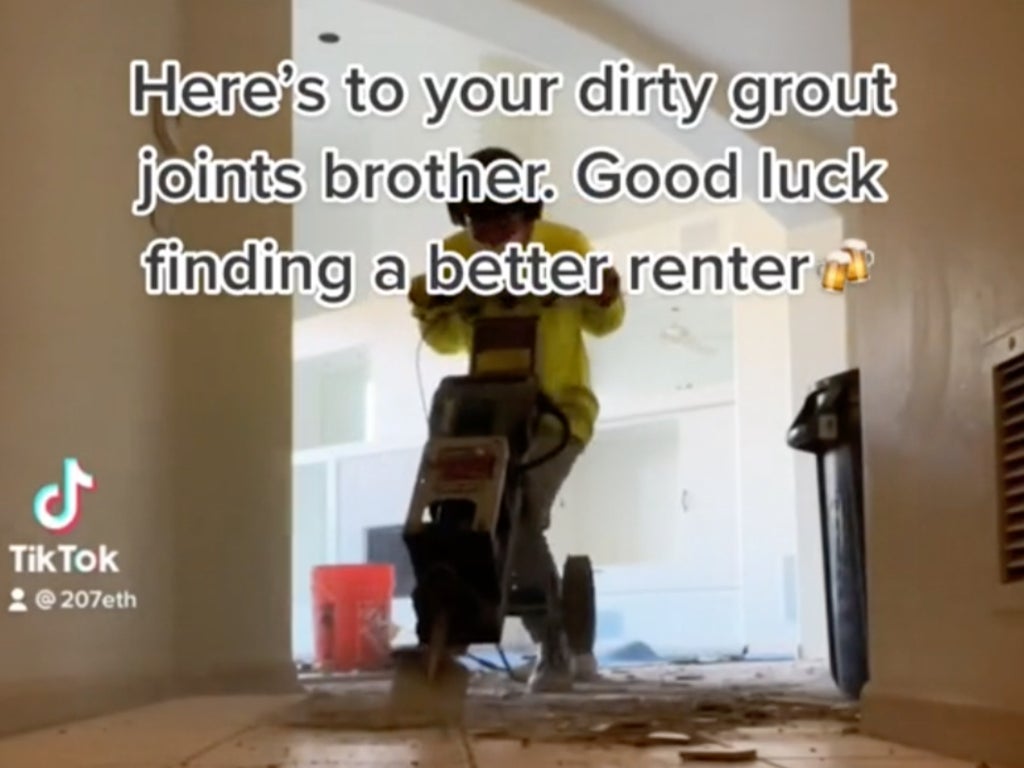 It’s no surprise that landlords are constantly getting a bad rep after the copious amounts of horror stories attached to them. While most tenants opt to complain or comply, one man had different ideas and took matters into his own hands.

Taking to TikTok in a viral clip that has racked a whopping 6.5 million views in under a week, Ethan (@207eth) titled his brazen move, ‘Nothing like the greedy upper-class.’

The opening frame shows a shot of seemingly clean floor tiles with a text overlay, in which he alleges: “Landlord kept my deposit because the ‘grout joints were dirty.’” Ethan then suggests that he had been a renter at the property for three years with no issues.

He then proceeds to a cryptic shot of a broom along with the text, “I’ll leave this broom so you can clean up.”

In a shocking turn of events, Ethan starts drilling the tiles with a jackhammer in the final shot.

“Here’s to your dirty grout brother. Good luck finding a better renter”The final shot was then completed by Ethan, who added an emoji with two cheering beers to the end.

Thousands of fellow TikTok users flocked to the video. Some were outraged by his “idiotic” actions, with one commenting, “You could have sued him – up until you destroyed the floor.”

In response, another user said, “Y’all in the comments have probably never sued anybody in your life. It’s not as easy as you make it.”

While one TikToker made a bizarre suggestion to “Use a chopstick to stuff curtain rods full of shrimp… They never check the curtain rods.”