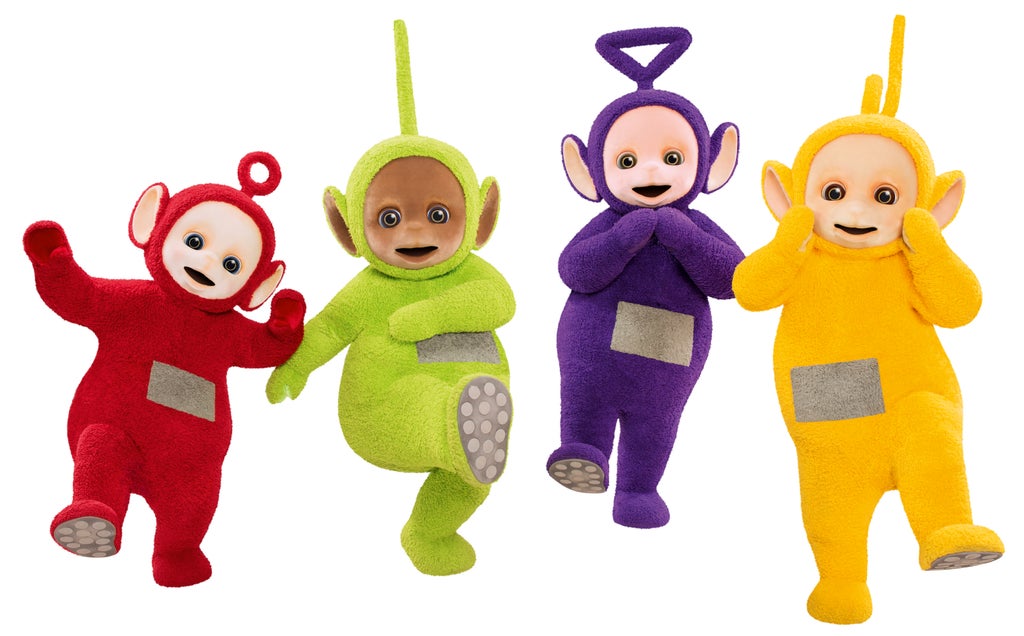 The Teletubbies have reunited ahead of their 25th anniversary to release a new album – going head to head with Coldplay in the charts.

The popular children’s TV characters Tinky Winky, Dipsy, Laa-Laa and Po, will celebrate the milestone in 2022.

Ready, Steady, Go will release 10 songs, including Peekaboo, the title track, and Peekaboo.

Each Saturday, the Teletubbies will release eight singles with their accompanying music videos. The complete album will be out by October 15.

The release will put them in direct competition with Coldplay, who are releasing their ninth studio album Music Of The Spheres that same day.

This could spark a battle for 1990s charts with Coldplay, who will release their ninth studio album Music Of The Spheres on the same day. Spice Girls are also due to release a compilation of their greatest hits, Spice 25, two week later on October 29, to celebrate their 25th anniversary.

The girl group beat the pop hit Teletubbies Say “Eh-oh!” to the Christmas number one spot in 1997 with their song Too Much.

The Teletubbies’ hit single, from their 1998 compilation Teletubbies – The Album, remained in the top 100 for 41 weeks and has sold more than 1.3 million copies.

In 2017, they released Big Hugs, an album featuring music from the new series.

The series, in which the characters say “Eh Oh” and sport antennae on their heads, was designed to encourage young children to watch television creatively and to “nurture childhood development”.

The two have been in the news after Lil Nas X asked them via Twitter if they would be allowed to appear on his next album. He also included images of the character photoshopped onto his album cover.

The US rapper, 22, replied: “alright bet! me and tinky winky on the hook, dipsy & po on the verses and we’ll let laa laa do the outro”.