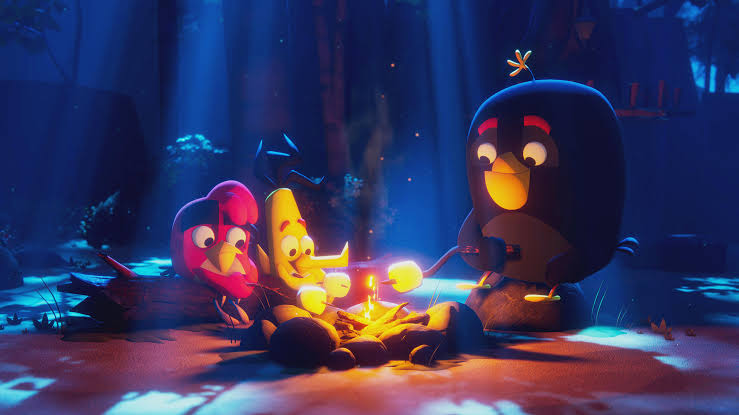 Recently the trailer of the animated series was released. The trailer shows Red, Chuck, Bomb, and Stella having trouble with their other friends and also with Neiderflyer. Some fun games and sports will also be there. The interesting part of the series is the pig camp and their participation in these sports. It would be fun to see the interaction between the pig camp as well as the birds. There is also the addition of new characters in the series. The new characters are the feathered bird twins. In the new animated series, we would see the birds pushing their boundaries breaking rules, and also dealing with their problems.

The series is created by Rovio Entertainment. Netflix and CAKE collaborated with Rovio Entertainment to create the animated angry bird series. The new series is inspired by the game version and the bird missiles seen in the Angry Birds movie. The animated Angry Birds movie was released in 2016. The Angry Bird 2 movie was released in 2019. The Angry Birds: Summer Madness series is said to be inspired by the previous movies. It is also revealed that the humor will be more or less similar to the movies but there will be a freshness in the new series. The series is directed by Curtis Lelash whereas Adan Ye has designed the characters in the series. Angry bird is a video game that was first released on iOS in 2009. The game was developed by Rovio Entertainment. The game got massive popularity and around 12 million copies of the game were installed from the app store. After the success of the game, its movie version was also released. The Angry Birds movies also got good responses. The movie was created by Rovio Entertainment and was distributed by Sony Pictures.

In the Angry Bird: Summer Madness series the voice-over is done by Adam Kirschner, Ana Sani, Deven Mack, and Gigi Saul Guerrero. Other cast members are not disclosed yet. It would be interesting to see what new the series is going to present. The past releases from the Angry Birds franchise received positive responses. Let’s hope that the new Angry Bird: Summer Madness series also gets a good response from the audience.