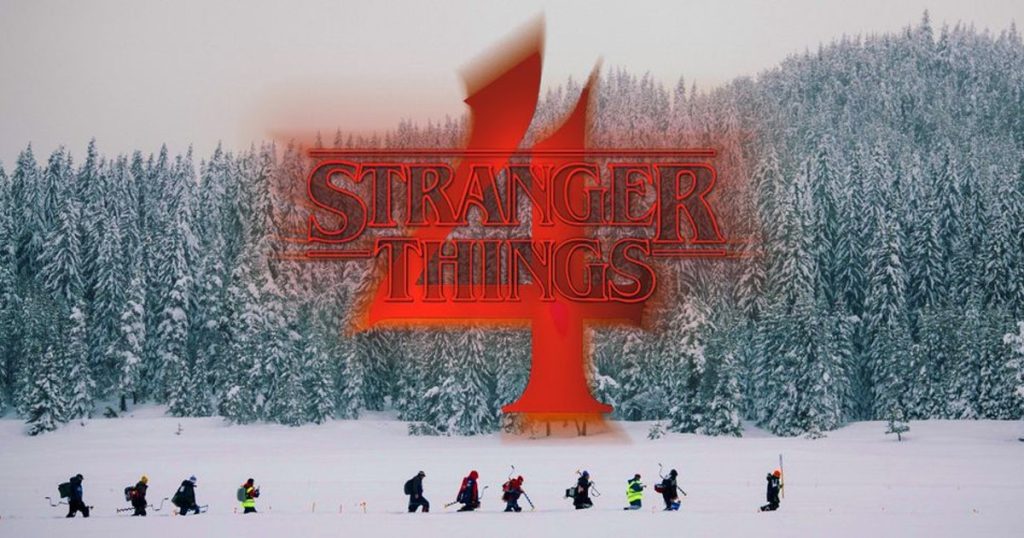 We don’t know many Stranger Things season 4 spoilers because the cast and crew are skilled at avoiding leaks and keeping everything under wraps. Only what has been shown has been revealed, so beware of spoilers! David Harbour’s Hopper is still alive! He’s the American mentioned after Season 3. The “From Russia With Love” teaser trailer on Valentine’s Day 2020 verified this. We also know that Dr. Brenner will appear in the new season in some capacity. The most recent teaser trailer has proven this. We don’t know if he’ll appear in flashbacks or return in the present timeline. In addition, it has been confirmed that D&D will play a considerably more significant role in the new season. Furthermore, according to Indiewire, the Duffer Brothers and Netflix have hinted that “a new horror is beginning to rise, something long-buried, something that ties everything. “That’s everything we know about Stranger Things season 4 spoilers so far!

Stranger Things Season 4 has been in the works for nearly two years. This year, on Stranger Things Day, we learned that the next season would premiere in the summer of 2022. While most fans were pleased to have a broad release date, many were upset that the seasons would be separated by three years. A tour firm in Georgia, on the other hand, may have just spilled some top-secret information. A wide range of films and television series was halted due to the coronavirus (COVID-19) outbreak. Stranger Things was unfortunately featured in this. The pandemic struck shortly after the first teaser trailer for Stranger Things Season 4 was published, revealing that Chief Jim Hopper (David Harbour) was alive in Russia. Filming did not resume for several months. However, as photographs for Stranger Things Season 4 began to circulate online, several fans noticed hints that suggested a spring release. Stranger Things had previously launched near the period depicted in the series.

The show premiered at the end of October, with Season 2 around Halloween. Season 3 premiered on July 3, 2019, and featured the Fourth of July holiday. Many fans imagined the show would premiere in the spring of 2022 after seeing April scribbled on a banner in a photo from Season 4.

Fans are intrigued by the Instagram caption of a Georgia tour company.

The Georgia Tour Company, based in Senoia, provides viewers with insights into the filming locations used by numerous series. From The Walking Dead to Stranger Things, the company allows fans the chance to get up and personal with their favorite shows. Two groups recently joined one of their tour guides on a trip to filming locations such as Hawkins Middle School and other Stranger Things locations.