Home Entertainment “Start Looking For Another Fight Date With Jake Paul”
Facebook
Twitter
Pinterest
WhatsApp
The pay-per-view event, which includes four fights, is scheduled for Saturday, December 18 at 9 p.m. ET at the Amalie Arena in Tampa Bay, Florida. The eight-round cruiserweight bout will be available on Showtime, with general tickets available for $59.99. 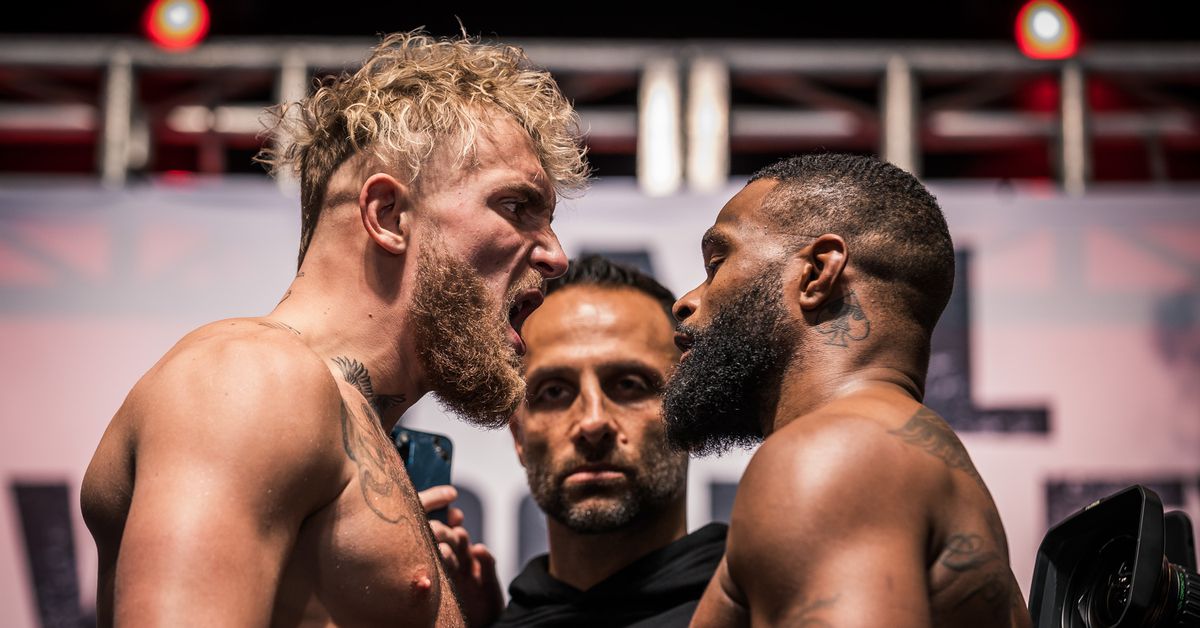 Woodley, who suffered his first loss of his pro career by an eight-round split decision in August, has been given the chance to redeem himself after Paul’s scheduled opponent, Love Island star and professional boxer Tommy Fury, pulled out due to health issues.

Fury posted an Instagram video On December 6, he explained the reason behind his withdrawal, revealing that he had contracted a bacterial chest infection that made it difficult for him to breathe or sleep.

However, after a trip to the hospital, the boxer discovered he had a broken rib and multiple fractures and was advised by doctors and his team to withdraw from the fight.

“Even as I’m filming this video here, it hasn’t dawned on me that I’m not fighting,” Fury said. “I can’t do anything but get my body in order ASAP and start looking for another fight date with Jake Paul. There’s no other fight I want, that’s the fight I want next.”

“This is a bank robbery.”

Before embarking on a boxing career, Paul was widely known on social media as a brash and controversial YouTube star, where he has over 20 million subscribers.

“They’re going to give me a big bag to beat the man I’ve already beaten,” said Paul during the Fight Week press conference, while wearing a ski mask over his head. “This is a bank robbery.”

If Woodley knocks out Paul in the match, he will also get an additional $500,000 bonus, Paul promised.

In 2016, Woodley, also known as “The Chosen One,” won a UFC title and went on to defend it four times, according to ESPN.

“When I got the call, the sentence didn’t even finish until I got in,” Woodley said at the conference. “I’m just excited about the opportunity to go out here and redeem myself. We learned a lot about each other in the ring that night. There is mutual respect, but there are still some unfinished business.”