While The Witcher season 2 has been hotly anticipated after the first’s ambitious, if flawed, opening season, this new batch has already been met with sharp criticism. So even while series lead Henry Cavill and cast have said in interviews that he’s a bit of a walking encyclopedia (having worked with series writers to make sure the live action adaptation is as close to the books as possible), there is one big issue. 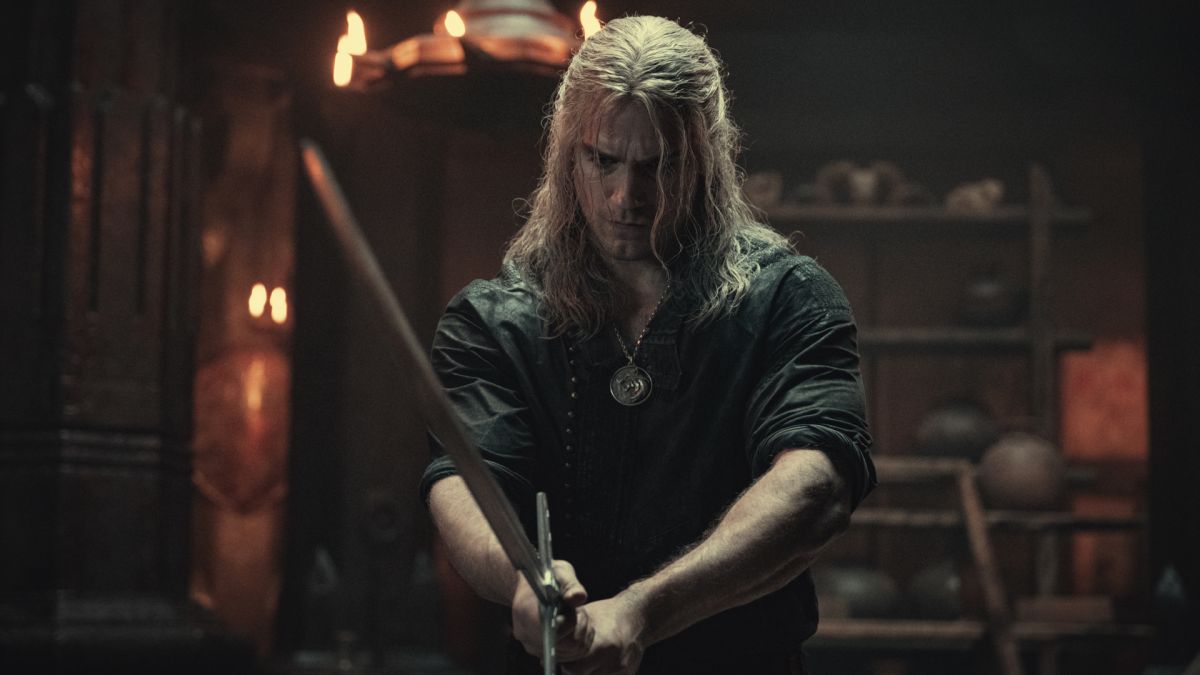 It’s so frustrating to fans, in fact, that we can’t help but wonder where Cavill was when writers decided to make a major change to a central character.

Spoilers ahead for The Witcher season 2, episode 2!

In season 2, episode 2 of The Witcher, we see Geralt of Rivia return to Kaer Morhen along with Ciri. There, he meets up with all of his old Witcher buddies, including fan-favorite character Eskel.

But Netflix’s adaptation of Eskel isn’t the warm brother-by-your-side-type found in the books or game series. Heck, in the books, even Eskel has his own Child of Surprise, like Geralt. Instead, Netflix’s Eskel is kind of creepy, rude, short tempered and a womanizer.

In episode 2, things go bad when Eskel makes the foolish and careless decision to invite a brothel up to Kaer Morhen to party with the Witchers. After almost getting into a fight with Geralt, he runs off with one of the women. Unfortunately, he’s been infected by a Leshen, a tree-like monster, which kills her and begins wreaking havoc. In a moment of desperation, Geralt is forced to kill Eskel before he could do more damage.

And just like that, a critical character in the Witcher lore is killed off, given no character development and sent to the grave far from the man fans knew.

His passing is also a shock because Eskel plays a critical role in future events in the books and games. It’s led to a lot of fans asking what the writers were thinking, and if they do care about being true to Andrzej Sapkowski’s original vision. Not only that, why choose Eskel for this story, and not the numerous other nameless Witchers that were mulling about Kaer Morhen?

There have been multiple threads on Reddit trying to answer this question. User prazulsaltaret believes the writers did so for shock value, which are “the markings of a poor writer.”

User Franiu_ also believes that there was no great reason to kill off Eskel, writing “They could just take any of their made up Witchers and replace Eskel in story with leshen. I was really disappointed not seeing real Eskel there. I loved his contrast in books against other Witchers in Kaer Morhen.”

In another Reddit thread, user Deep-Doughnut-9423 said, “I completely agree, it made no sense at all. They could’ve called him anything, except for [sic] eskell. It’s like calling the devil Jesus.”

TheHarkinator also made a good point, stating “It’s like they killed him off and then demonstrated they knew how to get it right all along. Why, you wonder, would they get Eskel wrong and the, in a flashback, get him right?

Showrunner Lauren Schmidt Hissrich, who often interacts with fans on Twitter, said that she’s open to talking about Eskel: “Sending love and also excitement for future Reddit debates with everyone watching @witchernetflix! I’ve never been one to shy away from digging in, so love it or hate it, keep those passionate opinions coming. And yes, we’ll talk about Eskel…”

Even then, some fans are holding out hope that this is less a misstep by the writers, and more of red herring. One Reddit thread posits that the Eskel we see die was a doppler. This is because Witchers know very easily on how to kill a Leshen, but it took Eskel six hours to do so. Another Twitter user also has the same theory:

Either way, fans seem to be mixed about season 2 of Netflix’s The Witcher so far. There’s universal praise regarding Cavill’s portrayal of Geralt. Others are back-and-forth about the rest of the casting.

Regarding season 2, apart from episode 2, it seems that fans liked it more than season 1. We’ll see if the writers can keep this passionate and dedicated fanbase happy.