Sonic the Hedgehog proved to be a major hit when it arrived in cinemas last year. It set the biggest opening weekend of all time for a video game. It’s fair to say this came as a surprise to fans. Most of them had predicted that the video game adaptation would be a complete disaster after the movie’s first design of its character Sonic was unveiled. But the redesign certainly paid off with the movie’s sequel slated for release in 2022.

Sonic the Hedgehog 2: Cast and Plot!

The good news for fans of the first film is that the major stars are all returning, with Ben Schwartz. He’s back to voice the titular hedgehog. He had always been open about wanting to return, and in February 2021 he teased during an interview that he’d already read the script, describing it as “awesome.”
James Marsden and Tika Sumpter are also both confirmed to be reprising their roles as Tom and Maddie Wachowski. Jim Carrey will once again take on the role of big bad Dr. Robotnik. 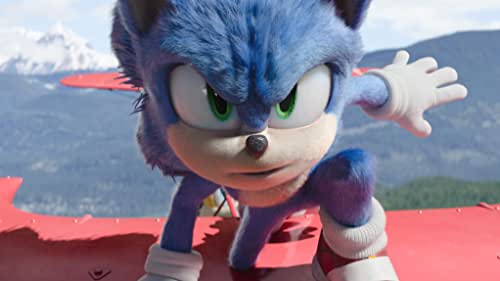 Specific plot details are being kept under wraps for now, but it does seem that the sequel will introduce Sonic’s loveable sidekick Tails to proceedings. Tails did briefly appear in the post-credits scene at the end of the first movie. The title font for the sequel also heavily hints at his involvement this time around – just look at the tail on the number 2! It’s likely that the plot will follow on from the events at the end of the first film, which saw Dr. Robotnik is sent through a portal to a mushroom planet, still in possession of Sonic’s quill.

The movie’s first trailer was unveiled at this year’s The Game Awards. The footage shows Dr. Robotnik landing back on earth in an egg-shaped spaceship alongside fan-favorite character Knuckles (Idris Elba).

As things stand, the film is slated for release on 8th April 2022 – with that date being announced on Twitter back in February.