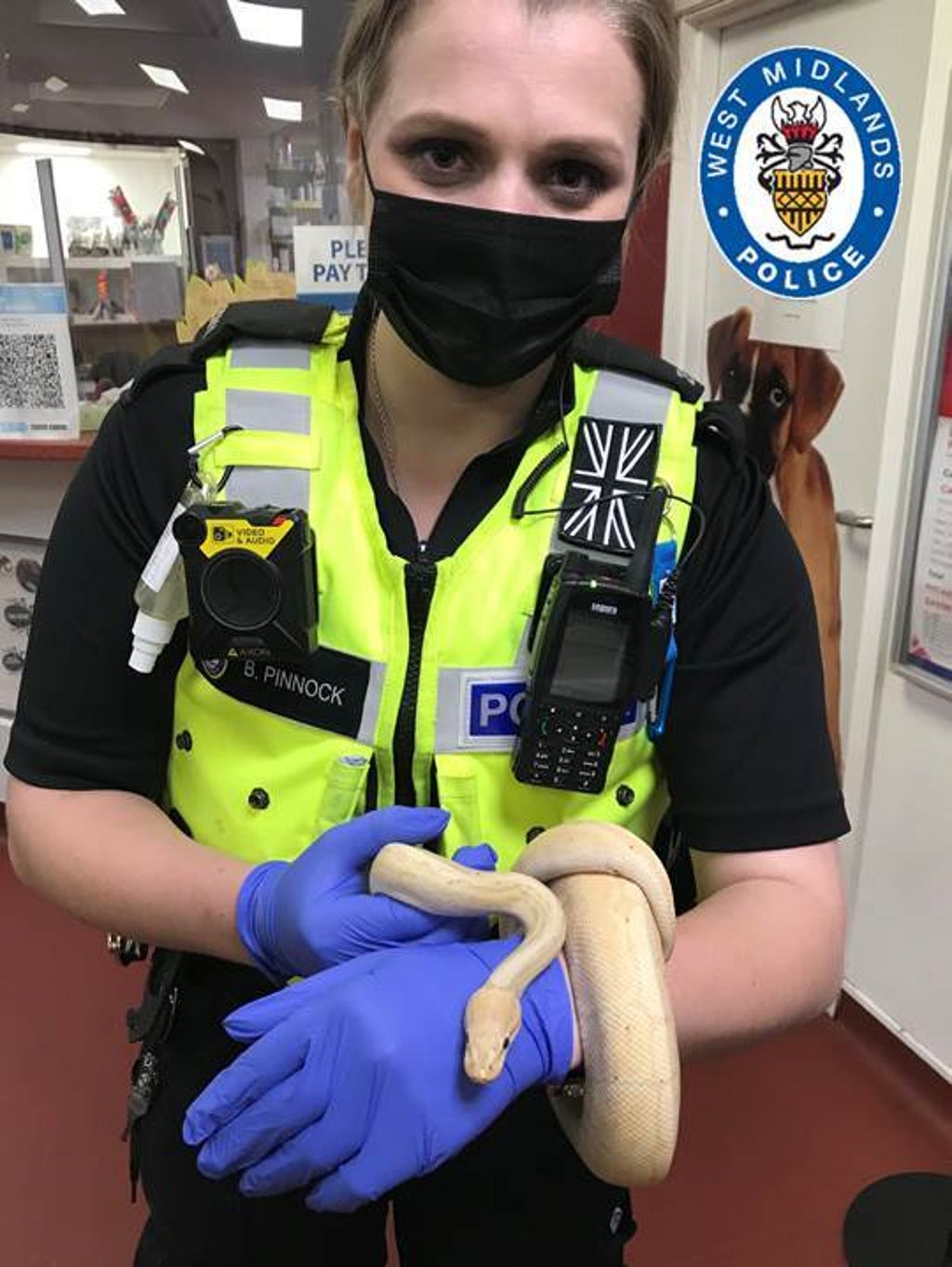 A couple were left shocked after discovering a 5ft python in their bedroom.

The yellow snake was removed by West Midlands Police after it was found wrapped around a vanity mirror at the couple’s home in Quarry Bank, Dudley.

Police stated that the couple had no idea of the origins of the yellow snake. They had received a large item the previous day, but they were not certain if the snake was in the box or had entered through a pipe.

The RSPCA would usually handle this type of incident, but nobody from the rescue charity was available when the call came in to police just after 10pm on Wednesday.

Student officers Police Constables Bethan Pinnock, Lucy Corles and Riane Hazel went to the couple’s home and were sent to a front bedroom where they had closed the door to keep the snake inside.

After much searching, the snake was finally found wrapped around a vanity reflection in a cabinet.

The officers used batons for lifting the snake which was approximately 5ft long and then put it into a shoe box with holes.

Manor Vets in Halesowen was contacted by the officers, who were willing to accept the snake and keep it there overnight until the RSPCA could take it.

The police were informed by a vet that it was a mature female Python.

Police stated that the snake had some lumps and other injuries but was otherwise healthy.