‘Servant’ is one of the most praised American TV series produced by M. Night Shyamalan and written by Tony Basgallop. If psychological horror, thriller, and drama grab your attention, then Servant is your thing.
Apple TV Plus released the first season of Servant in November 2019. Following the success of Season 1, M. Night Shyamalan released the second season in December 2020, and now the show is all set to hit for the third season.

The series stars Lauren Ambrose, Toby Kebbell, Nell Tiger Free, and Rupert Grint as the four central characters. The story revolves around an American couple who lives in Philadelphia and has a baby boy named Jericho. Prior to some mishappenings in the couple’s personal life, they decide to hire a nanny named Leanne to take care of their son. But Leanne’s advent doesn’t come in favor of the couple. 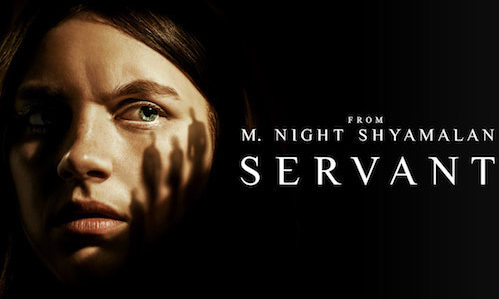 Servant Season 3 is confirmed to premiere with the release of Episode 1 on Friday, January 21st, 2022. Following the pattern of the previous two seasons, one episode will be released weekly. It means that the new episode of Servant will be available to watch every coming Friday.

As the series is produced for Apple TV+, Servant will follow the same time schedule as for its other shows. The streaming platform releases new shows and movies at 12 AM EST (Eastern Timing), so it’s safe to say that the new season will also premiere at the same time.