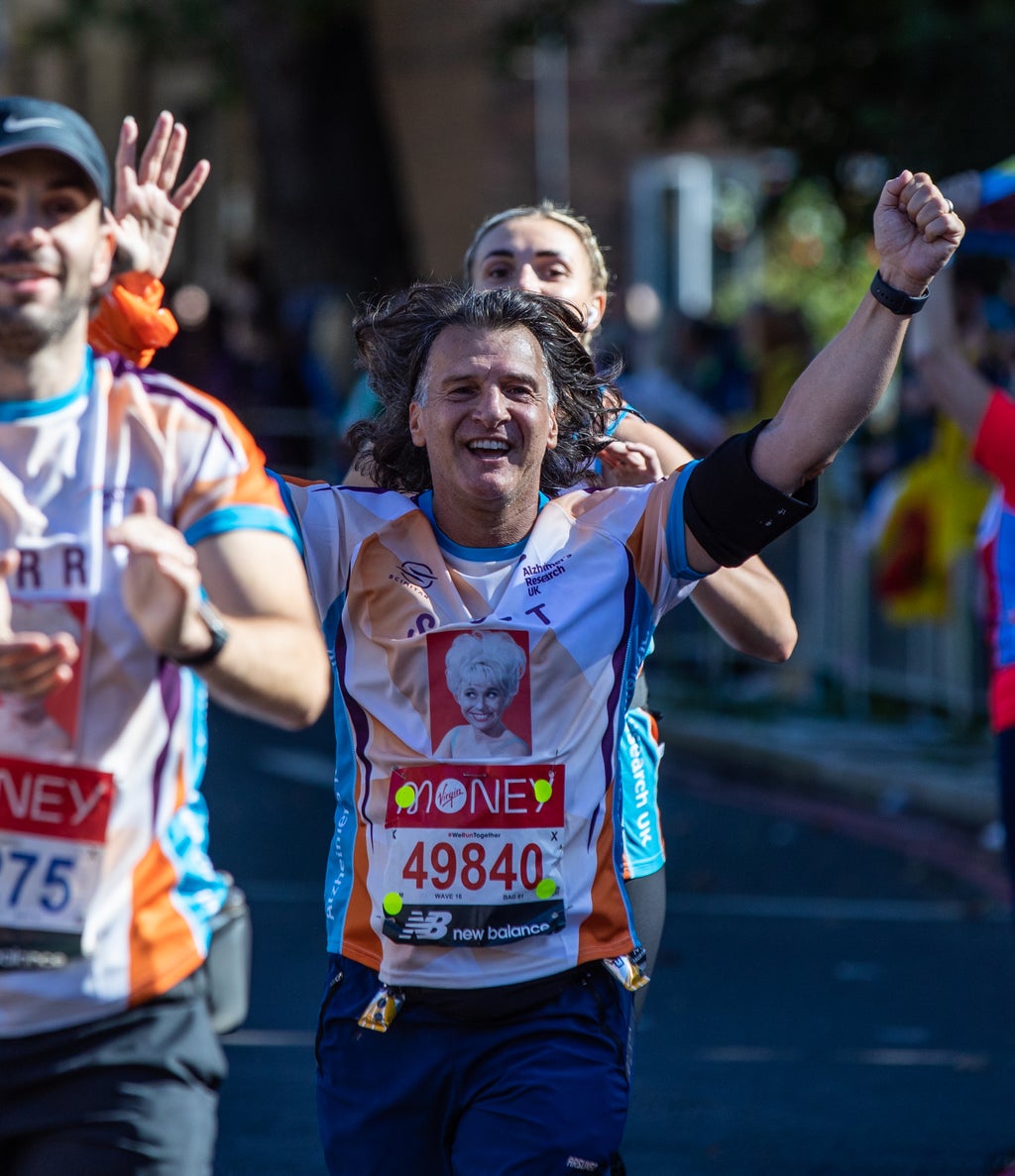 The husband of Dame Barbara Windsor paid tribute to the late actress by running the London Marathon in a top emblazoned with her image.

Scott Mitchell who married the actress in 2000, was raising money for Alzheimer’s Research UK after being made an ambassador of the charity in August.

Mitchell, who finished the race in five hours and 56 minutes, said: “Today’s race was just incredible – from the race itself to those who came out on to the streets to cheer us on, I’m going to be on cloud nine for a long time.

“It was tough – harder than two-and-a-half years ago – but having Ba on my top and constantly in my thoughts just reminded me why I’m doing it.

“We need to find effective treatments for this devastating disease and I couldn’t be prouder to play a small part in bringing that day forward by supporting the vital work of Alzheimer’s Research UK.”

He ran the race with an image of Dame Barbara from the Carry On films on his T-shirt.

“As an organisation, we couldn’t be prouder of what he’s achieved today.

“We know Barbara would have been driving him on every step he took.

“Through Scott, she’s continuing to make a difference for future generations and that’s just the most incredible thing.”

Following Dame Barbara’s death, a fundraising page set up by Mitchell in her memory has raised more than £160,000 for Alzheimer’s Research UK.

He also ran the London Marathon in 2019 for the charity.