Box content: The box consists of the device itself, with a charging adapter and a USB-A to USB-C charging port along with documentation.

Body & Design: The device is perfectly balanced with the design. The device design is similar to Tab S6. The back of the device is metal, which gives the device a premium feel. The right side of the body has a volume controller along with the lock-unlock button.

Below the volume controllers, there is a microphone and a SIM tray tool. The left side of the device is empty. The bottom of the device has a speaker along with a Type-C port.

The top of the device has a microphone along with another speaker. The device does come with a stereo speaker setup. The screen is 10.4 inches. The bezels of the display are very minimal. 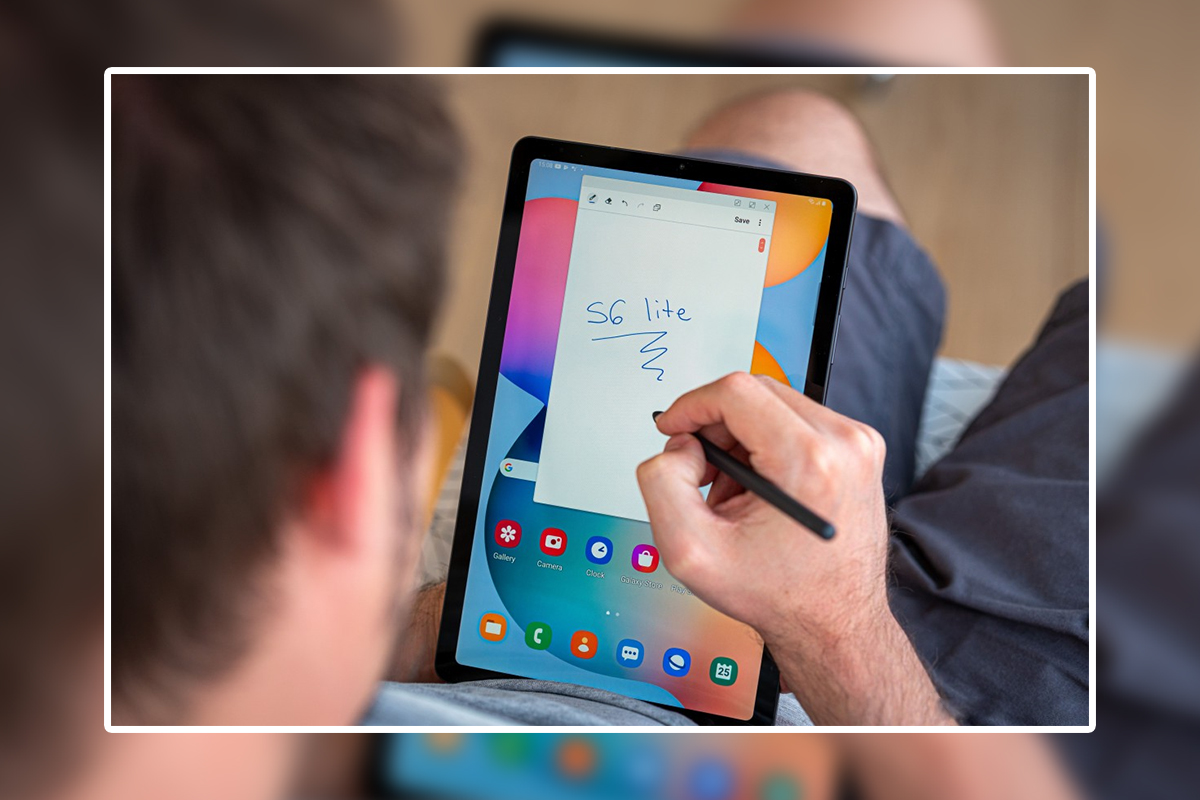 Display: The device is equipped with 10.4″, FHD+. TFT display. The display is bright and smooth to use. The bezels of the device are minimal and the visibility of the display is perfect. The colors on the device are not saturated enough. Sometimes viewing angle might be an issue, as the panel is LCD. The content might not be as it might look.

Software & Specifications: Samsung Tab S6 Lite comes with Exynos 9611 SoC, which has been seen in various other devices. This processor has been seen in entry-level smartphones too. Games like BGMI or COD mobile might be laggy sometimes if you exceed the graphics.

The device runs on OneUI 2.0 with Android 10 out of the box. There is no bloatware with the device. The device does come with Samsung’s integrated apps and a few Microsoft apps.

The UI is very clean and modern. Generally, tablets have a perception of being laggy, but this isn’t the case with this Tablet. The tablet is very smooth and intuitive to use, In fact, the S-Pen adds a lot of feel to this device.

S-Pen: The device does come with an S-Pen, unlike the Galaxy S22 Ultra or Note devices, the tablet doesn’t have the S-Pen slot.

The S-Pen is very smooth with this device. It is very handy for taking notes and you can save notes too. There are various features of the S-Pen.

If you hover the S-Pen over the tablet then, then a pointer does slide over the device screen. Undoubtedly, it’s one of the best pens to use. S-Pen does magnetically attaches to the side of the Tablet and doesn’t need to be charged additionally.

Final Verdict: The tablet is available in two variants, the Wi-Fi version starts at 27,999 and the LTE version starts at 31,999. This device competes with Apple iPad Air, the old generation. But this tablet is light, easy to carry, and sturdy, thanks to the metal body!