S.W.A.T, which stands for Special Weapons and Tactics, is an American action crime drama TV show based on the S.W.A.T team. It is inspired by the 1975 TV show of the same name. What their daily lives look like, the challenges they face, and the missions they are made to go on. Our lead, Sergeant Daniel “Hondo” Harrelson, is a former Marine and African-American Los Angeles local. He is in charge of the S.W.A.T unit and he takes his responsibility very seriously. He is fiercely loyal both to his colleagues and to his community and makes it his mission to reduce the gap between the local people and the force. When Will S.W.A.T Season 5 Episode 5 Release?

S.W.A.T has 4 seasons, the fifth is airing currently on the CBS network. It premiered on November 2nd, 2017, and was very well received. It went on to have a new season shortly afterward.

You can check out the promo for S.W.A.T season 5 episode 5 here-

S.W.A.T season 5 episode 5 will release on November 5th, 2021, at 8 pm ET on CBS. It is titled “West Coast Offense”. New episodes come out every Friday. The average run time of an episode is one hour. 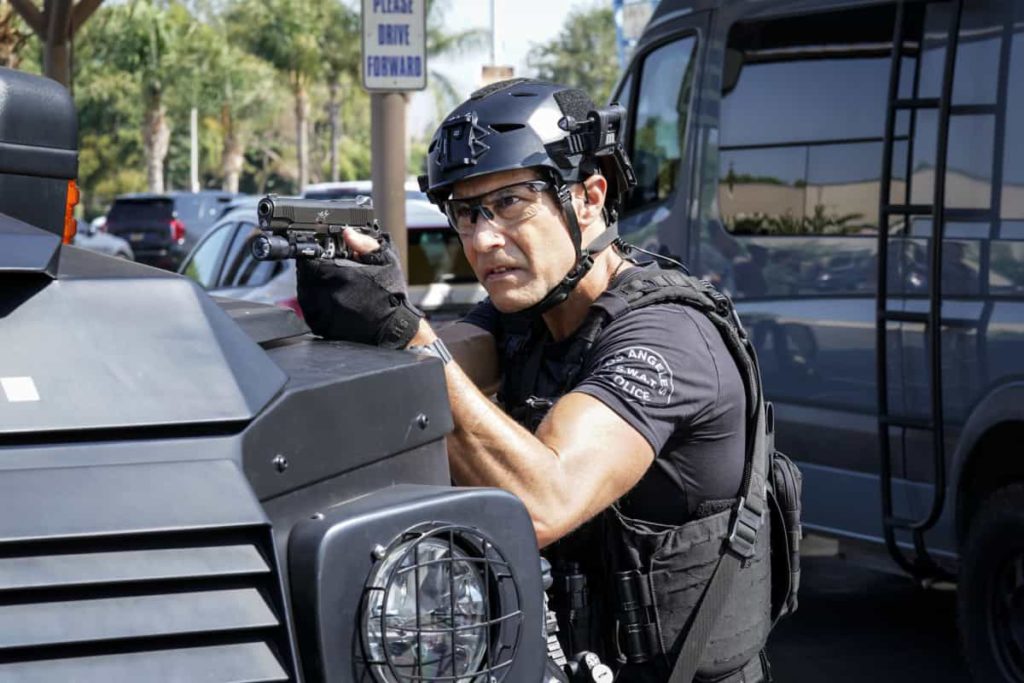 The team was on a new mission in episode 4, this time, they were chasing a gang of armed robbers. However, this doesn’t come without challenges. These challenges arise due to something that is meant to make lives easier- a public safety app!

This app is an app that encourages civilians to be proactive and aware at all times. However, there is also a lot of sensitive information on the app that could be misused if it falls into the wrong hands. But how does one control that?

We do not know much about what to expect from this episode, however, what we know is that we will get to see more of Sanchez in S.W.A.T season 5 episode 5. He might not be as nice as he seems to be and might have potential ulterior motives behind what he is doing.

We will also get a deeper look into Chris and Street’s rocky relationship.

Tune in this Friday at 8 pm EST on CBS!