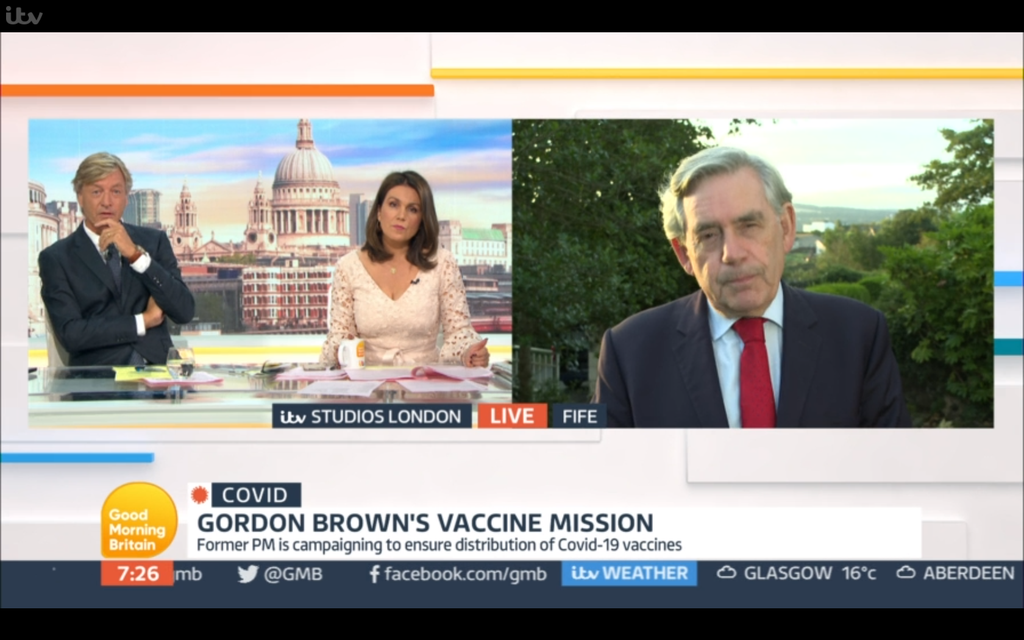 Richard Madeley has been roasted on Twitter after referring to Africa as a country on Good Morning Britain.

After speaking with Gordon Brown, the 65-year-old former prime minister, Madeley said that he was interested in distributing vaccines surpluses before they expire.

During the discussion, Madeley said: “It’s not just loading these boxes onto planes and flying them out to countries like Africa, we’ve got to have the infrastructure to be able to deliver the jabs.”

Brown said they have also been working on delivering the infrastructure and explained that investments will be made in African countries so vaccines can be administered not just in cities, but in rural areas too.

People took to Twitter to vent about the incident, with people once again drawing comparisons between Madeley and Alan Partridge.

Some said they are not sure if Madeley “belongs on TV in 2021” due to his abysmal grasp of basic geography:

Others slammed the presenter as “unwatchable”:

Since stepping into Piers Morgan’s shoes, however some have praised Madeley for his work on the morning show:

Although Twitter picked up on the gaffe, Brown didn’t mention it and continued talking about the importance of a global vaccine rollout.

Brown is the WHO Ambassador for Global Health Financing. called on G7 countries to share unused vaccines with developing countries.

While the UK hopefully steps up and shares out the surplus vaccines, we’re sure the roasting Madeley got on Twitter this morning is the inspiration he needed to brush up on his geography.