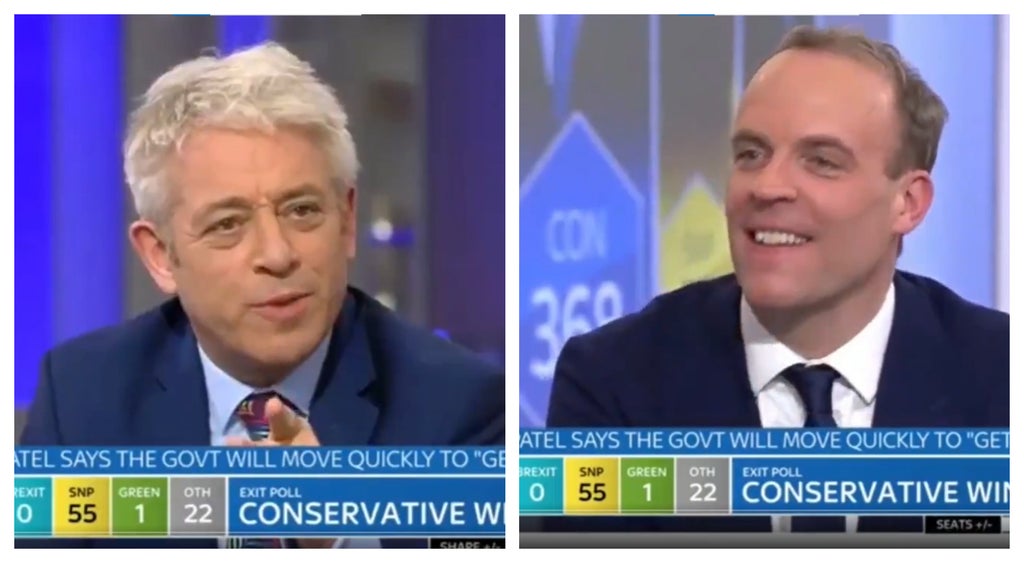 A clip of John Bercow mocking Dominic Raab over his predictions about the UK securing a strong trade deal with the US after Brexit has resurfaced now that Johnson and Biden have failed to strike one.

The House of Commons’s former speaker suggested that Raab was optimistic about America becoming a trading partner. He said: “Can I just ask Dominic, because he is a very, very clever bloke, how long do you reckon the trade negotiation with the United States will take?

“Well they’ve of course got an election coming up so I think there is an opportunity before that and we ought to give it a good go,” Raab said.

“What are those pigs I see flying in front of my very eyes?” Bercow replied.

Raab then said: “I’ll tell you what, Mike Pompeo who is the US secretary of state said to me ‘we are ready pen in hand to do a deal once you’ve left’”.

It comes as Johnson visited the Oval Office during a trip to America trying to secure a trade deal with the US.

But on Tuesday, Biden said “we’ll have to work that through” dampening hopes that US could become a big trading partner with the UK as was hoped by Brexiteers.

Raab isn’t the only one who exaggerated the ease with which the UK would join the US trading force. Johnson’s clip shows that he was once more optimistic about this prospect.