Vaisshnav Tej and Ketika Sharma’s latest romantic comedy family entertainer Ranga Ranga Vaibhavanga got released in theatres across Telugu states and worldwide on September 2nd. And on day one of its release, the film got leaked online. More details followed.

Ranga Ranga Vaibhavanga is written and directed by Gireesaaya, who worked as an AD for the 2017 game-changer film Arjun Reddy. Gireesaaya also directed the Tamil remake of Arjun Reddy called Adithya Varma. So this is the first directorial debut for Gireesaaya in Telugu. 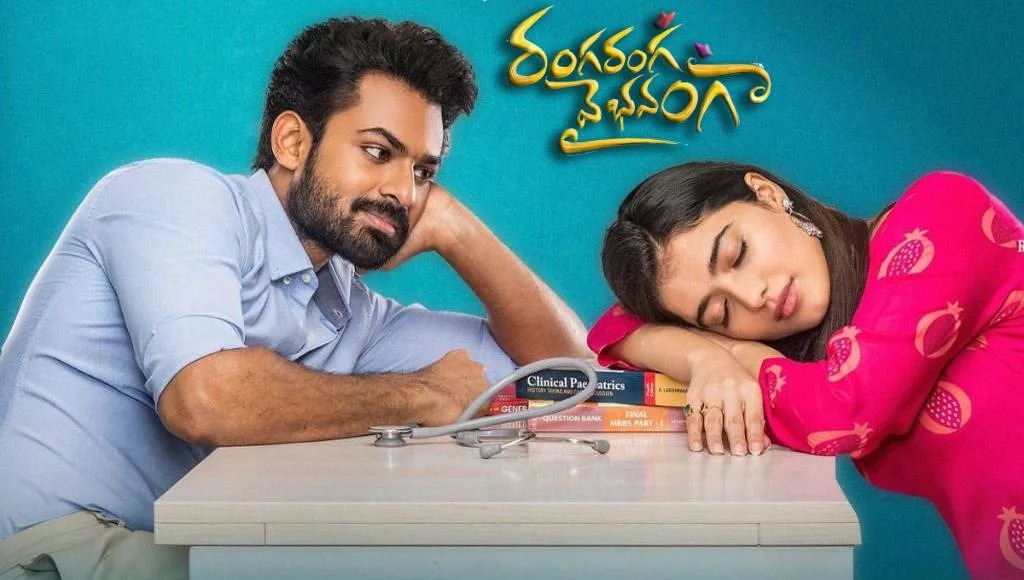 Alongside Vaisshnav Tej and Ketika Sharma as the lead pair, the film also stars Naveen Chandra, Subbaraju, Ali, Shobhita Rana, and many other supporting characters. The film revolves around two childhood school buddies who dislike each other after an event but eventually fall for each other as adults after they join the same medical college.

Coming into the theatres, the film had decent expectations from the audience. It got an excellent Friday release. Everything was all hunky-dory until a notorious piracy site uploaded the movie’s pirated version on its website. This is expected to be a big minus for the makers as it may halt the film’s run at the box office.

Disclaimer: We at Telegraph Star do not encourage piracy. This article is to provide information. Therefore, we request our readers not to promote piracy. Instead, we appeal to our readers to watch the film in theatres which would help the industry and the people dependent on it in a big way.