Raising Dion first debuted in late 2019. After getting a renewal soon after what’s followed has been a very long production schedule but finally, season 2 is coming on February 1st, 2022. Here’s a look at everything we know about Raising Dion season 2 including its release date, what to expect, episode titles, first look pictures and more!

Just to recap in case you missed it, Raising Dion is a Netflix Original superhero-drama series based on the comic book series of the same name by author Dennis Liu.

The series was originally adapted into a short film in 2015 and gained plenty of online popularity. It only took a couple of years later before Netflix ordered the series for themselves which was back in 2017. Dennis Liu had plenty of involvement in the production of Raising Dion, he directed an episode of the series and also served as an executive producer throughout. 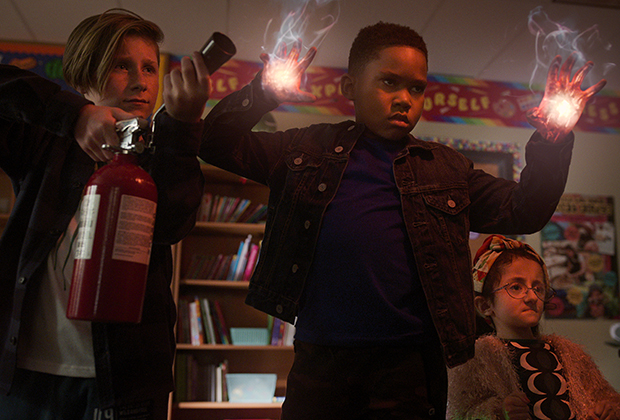 When was Raising Dion renewed for season 2?

After a few months of waiting after the season 1 debut, Netflix announced on January 2nd, 2020 that Raising Dion would be returning for a second season. Raising Dion was the first official Netflix renewal of 2020.

With the renewal, Variety noted that Carol Barbee would be returning as the showrunner for Season 2. Michael B. Jordan, Kenny Goodman, Kim Roth, Dennis Liu, and Charles D. King’s Macro will all stay on in executive producer roles too.

The series gained instant popularity on Netflix. As of June 2020, the series is currently sitting at a 7.2/10 on IMDb. Meanwhile, on Metacritic Raising Dion is currently at 61 out of 100.

Since the release, we now know how many people check out the first season on Netflix too. Over 32 million households checked out Raising Dion in its first four weeks on the service. In addition, we learned that 60% of viewers came from outside the United States.

What to expect from Raising Dion Season 2

Aside from the cliffhanger ending showcasing who will be Dion’s enemy going into Season 2, our young superhero still needs to find a way to bring his dad home for good.

The young man still has a lot to learn about his powers, and if he is eventually to become a superhero Dion will have to face plenty of challenges along the way.

If the story of Raising Dion can run for at least four seasons it’ll be fun to watch both the character and actor grow into a young man.

Elsewhere, the other big questions include whether Nicole will be able to find love with there being some remnants of hope in the final episode.

Charlotte, Pat, and Mark are all missing but could return in some form depending on what happens next. Finally, as DigitalSpy speculates, we could eventually meet other gifted children too.

What’s on Netflix has also been provided with an official season 2 synopsis:

“Season 2 follows Dion as he continues honing his powers with the support of his mom and Tevin (Rome Flynn), his Biona trainer who catches Nicole’s eye. After befriending new student Brayden (Griffin Robert Faulkner) – a fellow powered kid – a series of alarming events unfold, and Dion learns that danger is still looming. Navigating twists, turns, and surprise visitors, Dion and Nicole must prevail again — not just to save themselves, but the entire city of Atlanta.”

On December 14th, 2021 Netflix revealed some first look pictures of the new season.

We’ve also got the official poster for Raising Dion season 2: 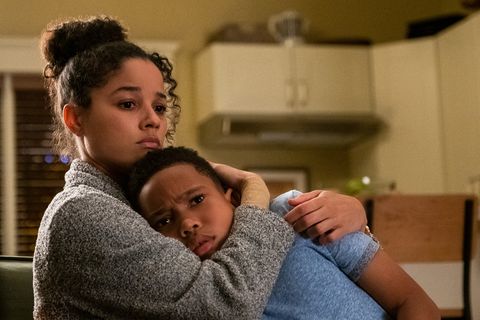 Thanks to a “fast facts” sheet provided to the press, we’re able run you through who was writing and directing for Raising Dion plus take you through the episode titles.

As we stated above, production didn’t get underway under the original plan as it was canceled due to the pandemic which inflicted heavy delays on productions.

Originally, production was originally set to start at some point in 2020 with one Netflix account saying:

“I HAVE SOME NEWS FRIENDS!! #RaisingDion has officially been renewed for a second season, with production set to begin this year!!!”

However, with all the production woes due to COVID-19 restrictions, that was significantly pushed back.

Production did get underway in January 2021, however.

Production is due to take place over the course of several months with preliminary dates suggesting that filming takes place from January 19th through May 24th.

Not many pictures have been taken on set but below you can see Alisha Wainwright (who plays Nicole) on set masked up.

Richard Vialet posted on April 25th that he had wrapped up his episodes on season 2 of the show.

Dennis Liu will also return to the director’s seat for season 2 and is scheduled to direct episodes 3 and 4.

The show is expected to have completed filming but given how limited social activity is on the show we can’t be sure. We do know that the show was listed on Georgia’s state website and is no longer present. 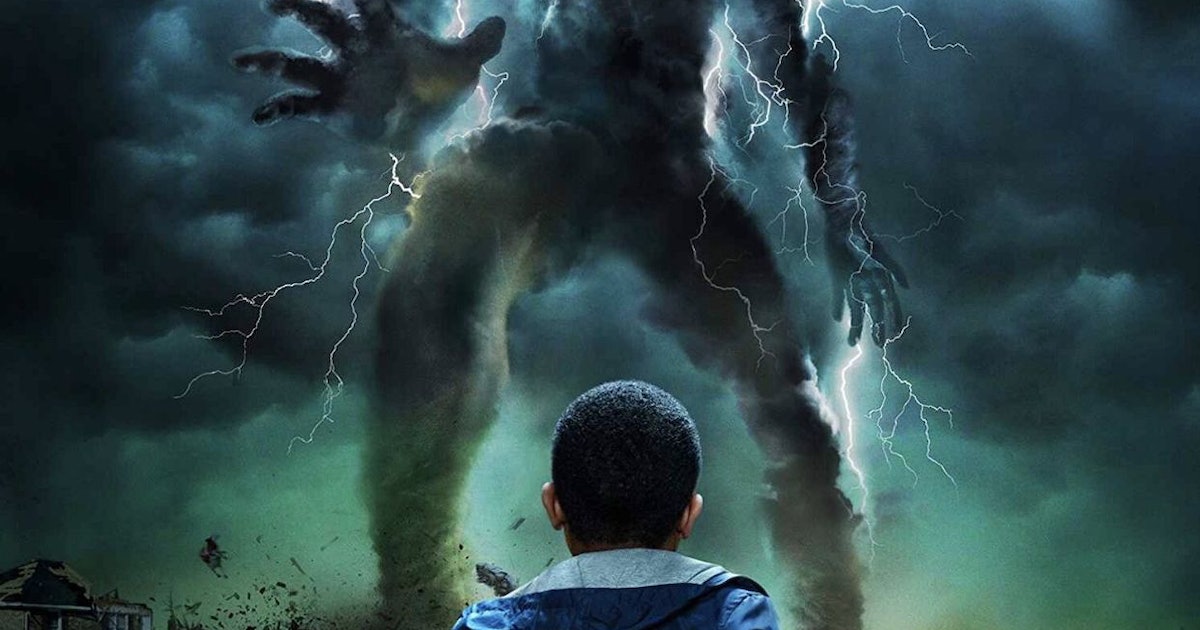 In late February 2021, Netflix revealed four new faces that would be appearing in Season 2 of Raising Dion.

They include (as seen above from left to right):

Rome Flynn posted on Twitter following the announcement saying: “I’ve always wanted to be a superhero. Honored to be part of another show with representation at the Forefront.”.

In addition, we can confirm that Michael Anthony who has appeared in Chicago Med, The Outsider and Dynasty will appear in season 2 as Garry Stafford.

Are you looking forward to Raising Dion season 2? Let us know in the comments below.