Telugu cinema actress Punarnavi Bhupalam who entered the Bigg Boss house as 9th contestant left people wondering who she is. You all have seen her before, so we thought we will remember you who she is and where you saw her.

Most of you might have watched her in her 2013’s Uyyala Jampala starring Raj Tarun and Avika Gor. She acted in a role named Sunitha in this movie. This was her debut movie. She made her debut at the age of 17 years, now she is at the age of 23 years. 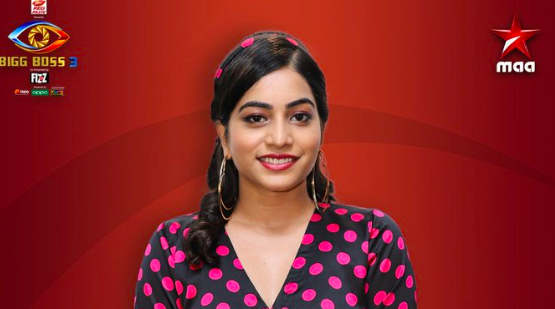 Coming to her personal life, Punarnavi was born and brought up in Vijayawada. She used to be a theatre student during her Schooling. She pursued her education by taking Psychology with journalism. Considering her work life, she is currently living in Hyderabad.

Punarnavi has over 23k+ followers on Instagram. Over 7k followers on Twitter and over 2.5 million likes on Facebook. So we can expect huge support from her followers from social media. Being a social media icon will definitely help her gain some support.

Fans of her on social media have already expressed their support by commenting on her recent Facebook post which says “Finally I’m into the house of #BiggBossTelugu3 😀
It’s gonna be a tough ride of 100 days in the house. Need all your love and support 😊❤️”

She is one of the youngest contestants alongside Ashu Reddy in this year’s Bigg Boss house. Considering the age factor, it would be interesting to see how the house members will treat her. As we have seen in season two, Deepthi Sunaina has gone through a lot of pampering which some of the contestants didn’t like.