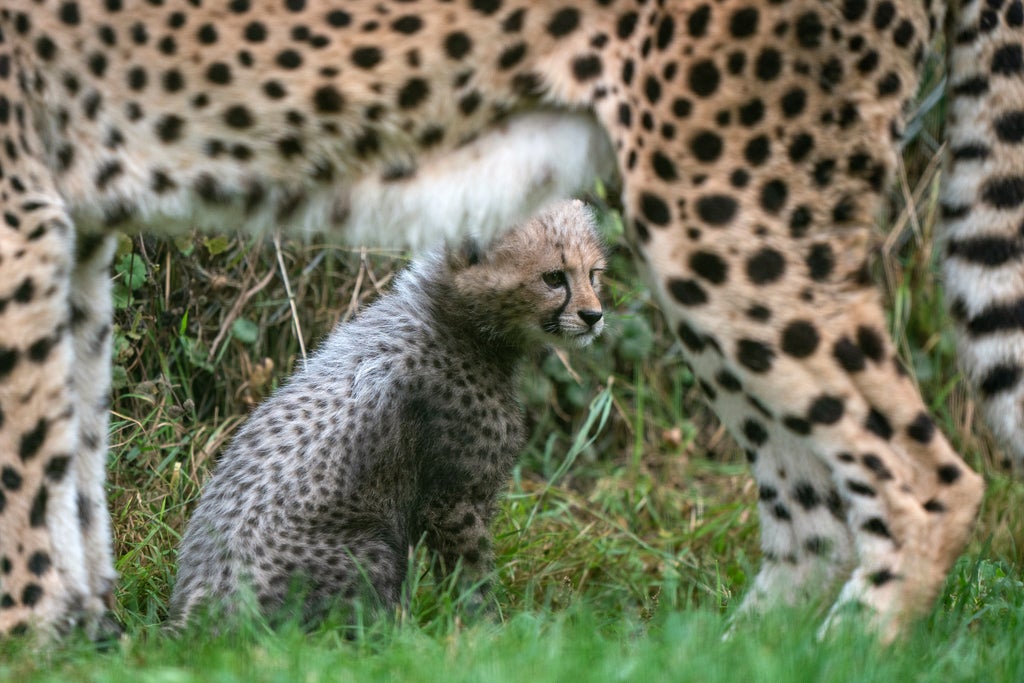 The public have had their first glimpse of a new cheetah cub in Suffolk the first to be born at Africa Alive in 10 years.

The female was discovered with first-time mother Kilima, 10, in August earlier this year at the wildlife attraction.

Having been unsuccessfully introduced to a potential mate in 2019 at Norfolk’s Banham Zoo, experts eventually had better luck with a different male in March 2021.

Kilima has since moved south to Suffolk’s Africa Alive, where she is working hard to look after her newborn.

“Kilimia is doing very well, she’s very protective as you would expect but has so far proved to be an excellent mum,” said Mike Woolham, head of living collections at the Zoological Society of East Anglia

“She’s very attentive to the needs of her offspring and we are very much looking forward to sharing our latest new arrival with visitors to the park.

“Cheetahs housed in zoos in Europe as part of the EAZA breeding programme provide a potential safety net for the wild population, not to mention acting as ambassadors for their wild counterparts and enabling all zoos to raise awareness of their plight in the wild.”

Habitat loss and hunting have damaged the cheetah population, with as few as 5,000 remaining in Africa.

The public will help to name the eight-week old cub, who will be slowly introduced to the main paddock in the coming days.

“She has been easy to work with since giving birth, albeit a little feisty from time to time, and it looks like the cub may well follow in mum’s footsteps as she has been copying Kilima with a few feisty moments of her own.”