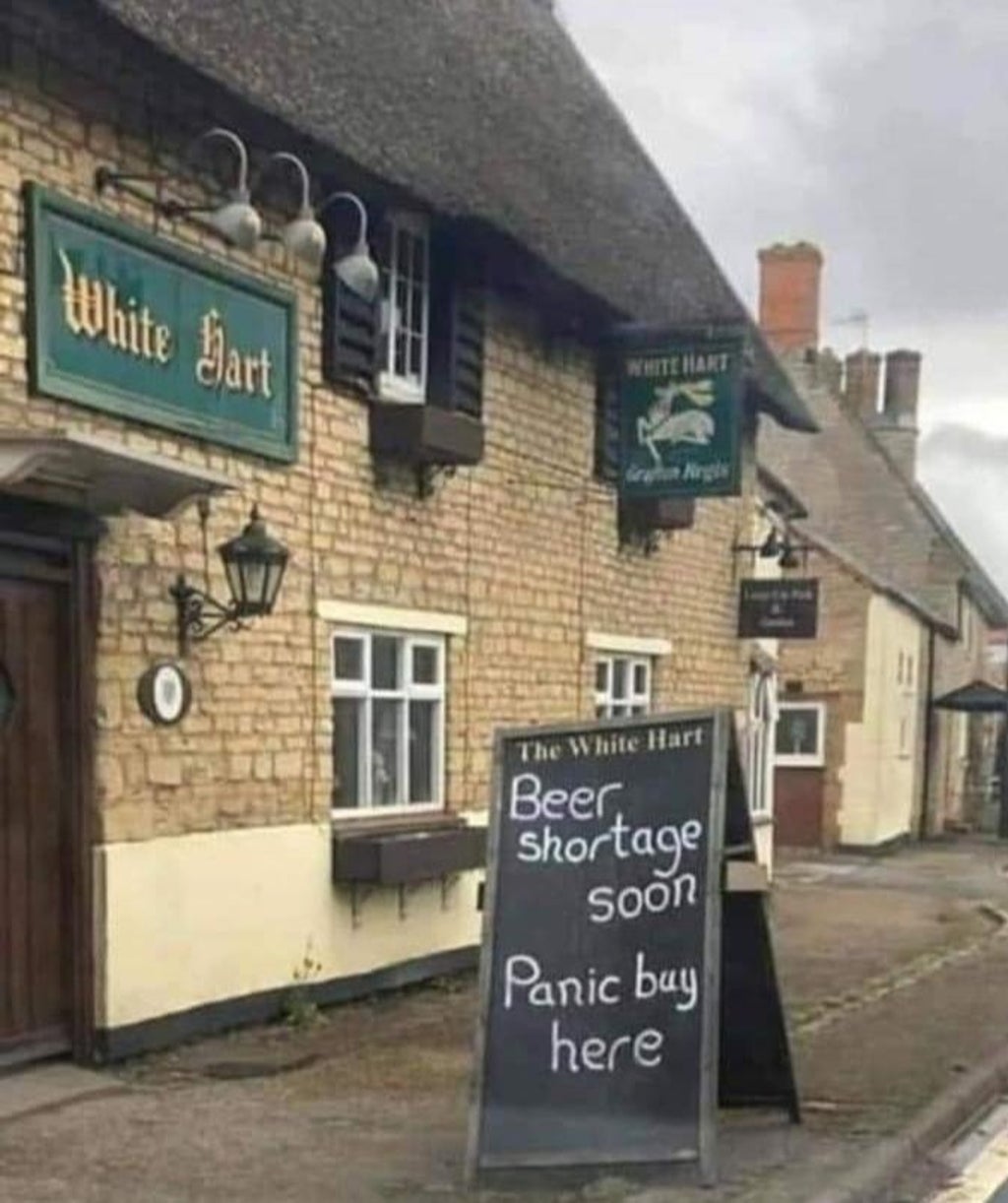 A pub has hilariously capitalised on people panic buying petrol and is using the chaos to jokingly encourage punters to buy their beer.

The White Hart, which is located in the village Grafton Regis, between Northampton and Milton Keynes, has put a sign outside which reads “beer shortage soon, panic buy here”.

It comes as people panic buy petrol amid the ongoing lorry driver shortage which is slowing down the supply chain. The government has issued statements saying there is no shortage of petrol and has urged consumers to stop exacerbating demand by panic buying but photos and videos have shown long queues outside forecourts as people fill up their vehicles.

Now, the pub has used the news to make a little quip and reacting to the joke on social media, people found it hilarious:

On Reddit, someone said: “I drive past this pub at least twice a week, always something witty on the sign.”

Ironically, a beer shortage could well be on the cards. Earlier this month, Wetherspoons apologised after the lorry driver crisis hit their beer supplies. Meanwhile, due to the energy crisis, CO2 needed to carbonate and dispense beer is in short supply with prices increasing.

Elsewhere, a BBC reporter literally called Phil McCann has gone viral while reporting on the petrol crisis because, well, think about it.

Goes to show that there is a funny side to everything.