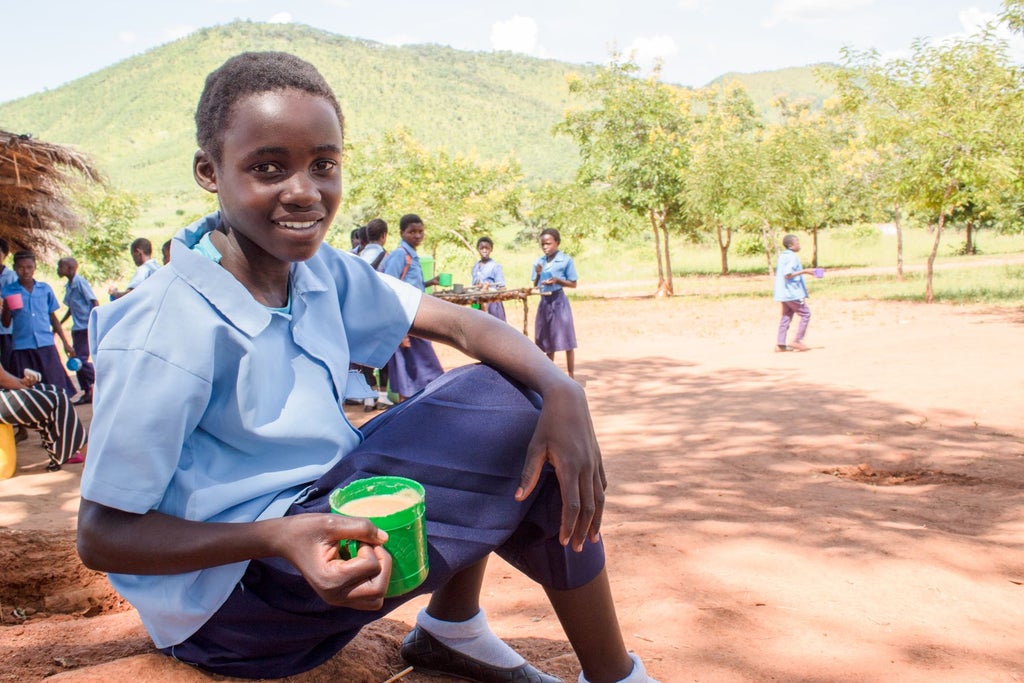 Nearly half a million pounds has been given to a charity that was established to stop children in Africa going hungry.

Players of People’s Postcode Lottery have raised £425,000 for Mary’s Meals, a charity which sets up school feeding programmes in some of the world’s poorest communities.

For the forthcoming school year, 10,961 children from eight African countries will receive one meal per day through the lottery.

According to the charity, some of the funding will be used to recruit new volunteers and promote existing campaigns.

Daniel Adams, executive director of Mary’s Meals, said: “We are hugely grateful to players of People’s Postcode Lottery for their incredible generosity which is helping Mary’s Meals to keep our promise to the children that we serve and allowing us to reach even more children with a precious meal.

“The nourishing food we provide can be a lifeline and for many children may be all they eat that day.

“With local communities cooking and serving the meals, children from some of the poorest countries in the world are attracted into the classroom, giving them the opportunity to learn towards a brighter future.”

The charity said 14-year-old Olivia from Zambia, who has an hour-long walk to Kawambe Primary School, starts each day with Mary’s Meals porridge.

Olivia stated these words in an interview with staff: “I feel very hungry when I get to school.

“Phala (vitamin enriched porridge) fills me with energy. It helps me to concentrate.

“School is important, because when I have finished, I will be able to support myself.”

Since 2015, players of People’s Postcode Lottery have raised more than £2.7 million for Mary’s Meals, the charity said.

Callum Aitken, international development advisor at People’s Postcode Lottery, said: “We know that children don’t learn as well when they’re hungry and find it more difficult to concentrate and retain information when they don’t know when they’ll next eat something.

“I’m delighted this latest funding award of £425,000 raised by players of People’s Postcode Lottery will help feed 10,961 children so they’re ready to start their school day with a full tummy.”