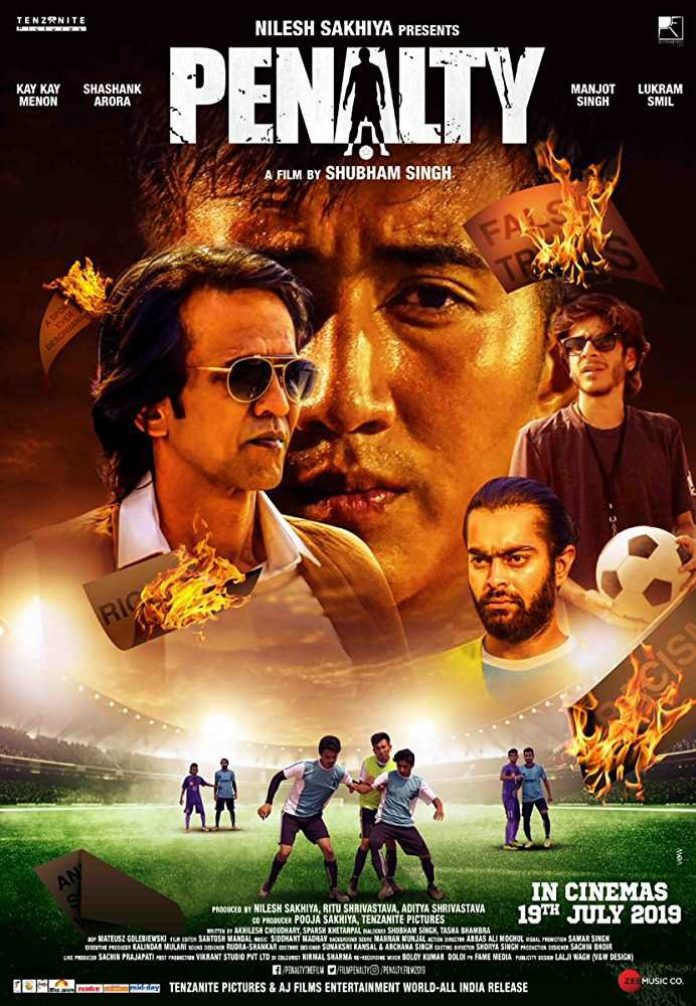 Arguably the past couple of years Bollywood has produced some thrilling sports-based movies and such movies have done some handsome amount of collection on the box office.

Once again Bollywood is ready with yet another film from the sports genre Penalty. From the name, it is clear that the movie has something to do with sports.

This movie is set the box office on fire on 19th of July which is its release date. Though the film is releasing on fewer screens as compared to other Bollywood movies, still it has a great chance of leaving a good impression on the viewers. It will be interesting to see whether it will get success in its prime motive of minimizing linguistic discrimination or not.

The movie Penalty finds It’s setting in north-east India. The film depicts the story of a young footballer who is putting everything it takes to be a successful footballer one day. He has to face severe criticism from the society who constantly tries to undermine his abilities. He has to bear all sorts of social pressure to pursue his dreams.

The story encounters several flashbacks when the protagonist recalls his time of hardship, most flashbacks are negative. This film is directed by Shubham Singh who is known for his work on social issues.

Kk Menon one of the prolific actors of the industry is the protagonist of the movie, he is playing the role of an emerging footballer. Among others, the notable cast is Lukram Smil and Manjot Singh. They can be seen playing vital roles in the movie as far as the context is concerned

The movie apart from the sporting feature tries to highlight the wrongdoings of the society. It depicts how a guy from Manipur has to face discrimination based on language. He is sidelined from the mainstream. The major challenges for him are not on the field but off-field. He has to fight for his status which was snatched away from him just because of his linguistic minority.

Penalty is a classic global quality sports film. If you have watched the trailer you will know that the film is surrounded around a boy named Lukram from northeast India. The film revolves around his struggles such as racial problems, struggle with language and teammates.

The story is based on true events. And director Shubham Singh has successfully brought this true story on to the big screen. The music directors, Siddhant Madhav, and Mannan Munjal have carried a high feel throughout the movie. The football scenes are absolutely realistic and don’t make you feel that it is staged.

And finally, the performance of the lead cast, Kay Kay Menon has given one of his best performances as the coach, we have seen him as a coach in ABCD, but this is on a whole new level. The movie is must watch.