Pachinko, the beloved epic historical novel by Min Jin Lee, is getting a television adaptation. Thanks to Apple TV+, we can soon expect a show of similarly lofty ambitions. A stacked list of actors and directors, including Korean icon Lee Min-ho, has already been confirmed.

What ensues is a multi-generational tale that The Guardian pronounced a “rich tribute to a people that history seems intent on erasing”.

The main cast of the show was revealed last October, led by beloved South Korean actor Lee Min-ho. The star of The King: Eternal Monarch will play Hansu. Also, The novel centers on the main protagonist Sunja, who will be played by Minari star Youn Yuh-Jung.

Meanwhile, teenage Sunja will be played by Kim Min-ha. Known for his roles in Netflix’s Devs and the Chicago production of Hamilton, the Korean-American actor will play Solomon, an ambitious young man tied up by his family’s past. 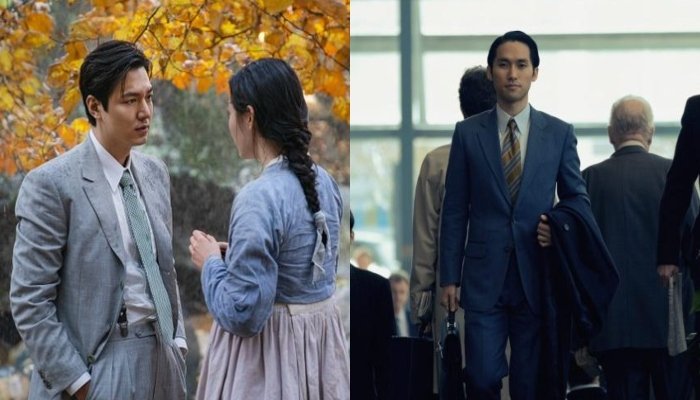 Pachinko details the journey of a Korean family who move to Japan in a period of the country’s occupation of a then-unified Korea and their involvement in World War II. The story begins in 1883, but the bulk of the novel’s story takes place between 1910 to 1989.
The main appeal of Pachinko is Lee’s effortless weaving of individual characters within this timeline. Its main protagonist is Sunja, whose journey to Japan in the midst of poverty reveals a deep-rooted undercurrent of intolerance towards Koreans in the country. Her story entwines the life of Hansu, a mysterious Korean merchant born into a rich Japanese family, along with a host of characters that are both Korean and Japanese.

On January 26, 2022, Apple TV+ announced that the first three episodes of Pachinko will premiere on the platform on March 25. Each subsequent episode will premiere every Friday until the season wraps on April 29.

Check out the Pachinko analysis here:

On January 26, Apple TV+ confirmed that the series will consist of eight episodes. However, they did not announce its runtime.