Ozark Season 4 First Look Has Been Released And More Updates.

Ozark Season 4 First look has been released! Ozark is the closest thing we will ever get to another breaking bad. After the third season’s explosive finale, Netflix is back with another revisiting season of the show. Ozark is a 2017 Netflix series or drama created by Bill Dubuque, starring Jason Bateman as Marty byrde.
Although, Byrde is a financial planner who relocates with his family from Chicago to a summer resort community in the Ozarks, to appease his drug boss he must launder money to save his wife Wendy and two kids in tow.

” Everything about this show is lit! The acting is phenomenal, the location is eerie, the story is riveting, the stakes are high and it has been consistently good in every episode is far.” commented a fan after the trailer has been released of season 4 of the Ozark.
As the show draws many comparisons- “the breaking bad,” there’s still potential though and it’s yet to hit the heights of that show. After the third season ended on such a tense note, season 4 will fall which came from Marty and Wendy’s action so far.

Well, the members are likely to return- those who are still alive! 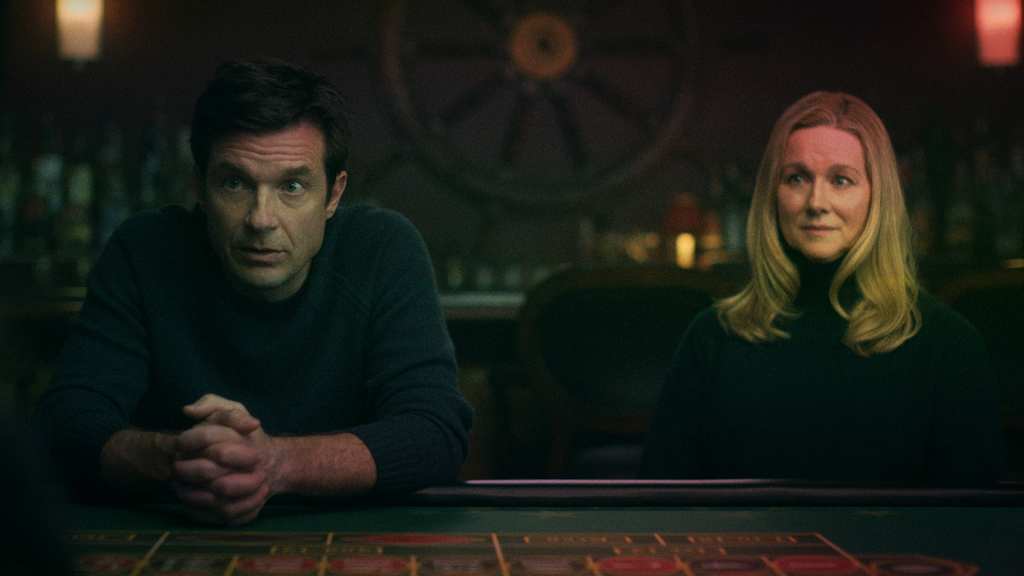 The show’s producer Chris Mundy stated that” well if we’re lucky enough to get season4, I think it will be about whether or not Ruth really can create something of her won that she wants and is sustainable or if she wants something else, Ruth’s arc is that she thought she wanted to be a Byrde and realized that not only is it okay to be a Langmore, she prefers to be a Langmore… But there’s a real allure there for Ruth and there’s real emotion in the Marty relationship.”

There’s so much left to be discovered yet after the trailer leaves so much clue of the show. But everything gonna is revealed from next year.
Ozark season 4: Part 1 will premiere on January 21, 2022, and the following the 2nd part in the same year.