Oil and Natural Gas Corporation Limited (ONGC) has finally declared that they going to release the result of Computer Based Test of Non-Executive (Gujarat State and Jodhpur Rajasthan State). The results were awaited for a long time, and now when they are finally going to be declared the candidates can take the sigh of relief.

The ONGC exam 2019 for the western sector was held on different dates between 08 June to 12 June and 27 June 2019 via online mode. The candidates who were able to clear this exam are called for the document verification, and the skill test that followed, and only after successfully going through these two-step a candidate will be considered eligible for further processes. 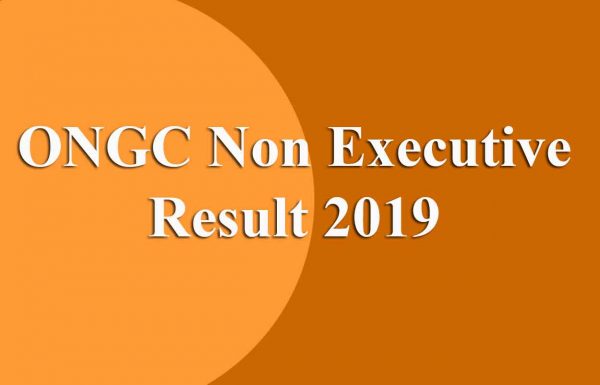 Declaration of the answer key. The answer keys for the non-executive exams will be released before the declaration of the exam results. Along with the results, the objections raised on the question paper will also be declared. The ONGC has also released the URL of Challenge/ feedback system for addressing the queries raised by the applicants for the Gujarat-Rajasthan Region from 17th July 2019 to 19 July 2019 till 6:00 PM. After assessing the objections raised by the candidates and making a call on the fact that whether the objections are correct or not, the final decision will be made.

Guide to check the results