We’re not going to see the OnePlus 9T this year as the Chinese phone maker has officially confirmed the 9T isn’t coming, which means the next higher-end phone we can expect from it is likely the OnePlus 10.

There’s no official information at the moment, but there are plenty of rumors doing the round about the OnePlus 10.

These details are scares, but here’s what we know, or at least think we know, so far aobut the OnePlus 10. 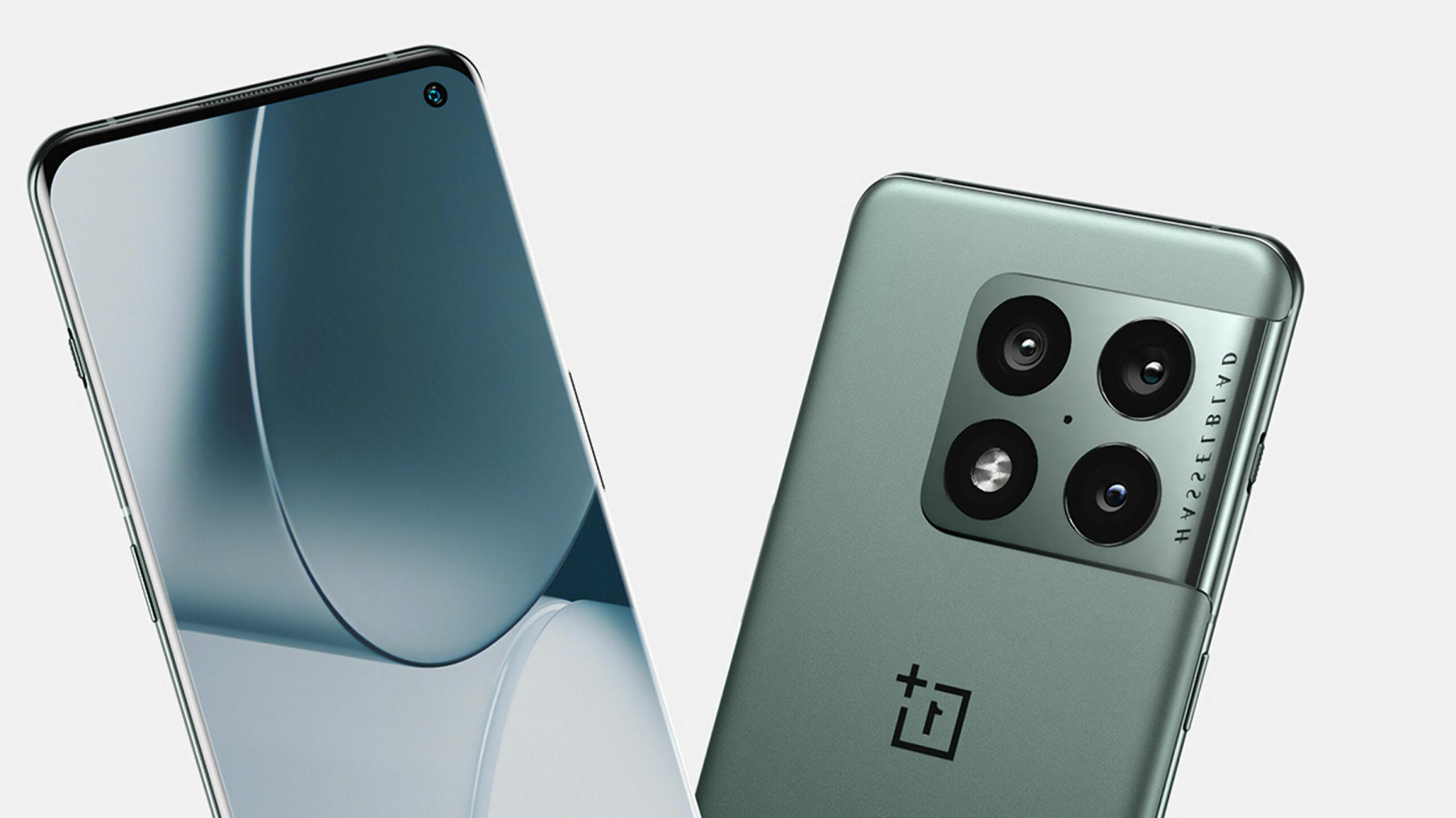 OnePlus co-founder and CEO Pete Lau has confirmed the OnePlus 10 Pro will be revealed in January. In a Weibo post, Lau noted said “see you in January” alongside a hashtag for the 10 Pro.

When the phone will actually launch and if there’ll be a standard OnePlus 10 alongside it isn’t clear. But it’s been tipped to get a Chinese release in January, with the U.S. and other nations getting access to the phone in March or April.

According to one early leak, the OnePlus 10 is going to be a “polished series 9”, suggesting that the phones wouldn’t look that different from the OnePlus 9 and OnePlus 9 Pro that arrived earlier this year.

Normally that sort of description is what we’d expect from a T series phone. But now that the OnePlus 9T has been officially cancelled, it makes sense that OnePlus may recycle that process for the OnePlus 10 series.

When it comes to the OnePlus 10 Pro, which will supposedly be the next full flagship OnePlus phone, the design language will be rather differnet.

While still evolution rather than revolution, claimed dummy units of the OnePlus 120 Pro show off a rectangular camera module that seemingly loops round the edge of the phone.

We’ve seen this design hinted at in renders, supposedly based on leaked information. so there could be something to this.

There’s nothing solid on specs for the OnePlus 10 Pro, but we’d expect it to have a larger battery, more RAM and onboard storage, and a larger display than its standard sibling.

The OnePlus 10 is going to see a big change for the OnePlus line up, thanks to the company having a closer relationship with sister brand Oppo. Both companies are set to merge its respective flavors of Android, Oxygen OS and Color OS, into a single, unified smartphone operating system.

OnePlus CEO Pete Lau confirmed that the OnePlus 10 will be the first OnePlus device to use the new operating system when it launches. It was also announced that older OnePlus devices, up to and including the OnePlus 8, will be able to upgrade eventually.

“By combining our software resources to focus on one unified and upgraded operating system for both OnePlus and Oppo devices globally,” Lau said. ”We will combine the strengths from both into one even more powerful OS: the fast and smooth, burdenless experience of OxygenOS, and the stability and rich features of ColorOS.”

Presumably this means that the still-unnamed OS will keep the same clean near-stock Android experience of OxygenOS, which will be a relief to long-time OnePlus fans. 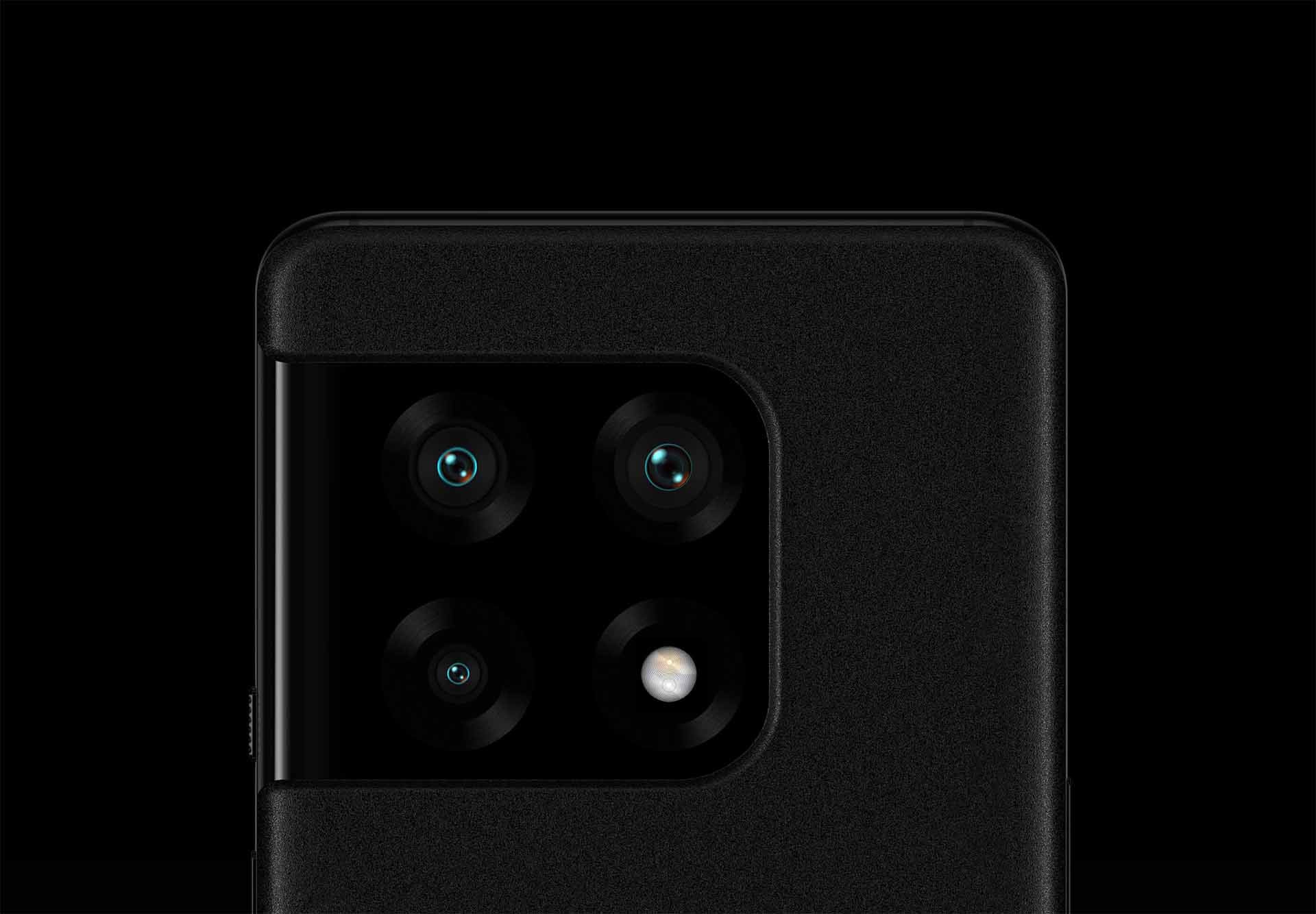 We haven’t heard much about the OnePlus 10’s camera system just yet, though based on previous phones we can make some informed guesses about what might be on the way.

The main thing we do know is that the phone will likely come with Hasselblad branded cameras, just like the OnePlus 9 series. The two companies committed to a three year partnership focussing on camera software, color tuning and sensor calibration.

Since the OnePlus 9 was the first phone to feature Hasselblad cameras, and since both announced length of the partnership, it’s almost certain that the OnePlus 10 and even the OnePlus 11 will as well. After that? Who knows. But we won’t see what happens there until 2024.

What those lenses might be isn’t clear, since OnePlus has been a little inconsistent, but we can certainly expect to see wide and ultrawide angle lenses on both phones. Possibly a telephoto lens, with optical zoom, on the Pro.

Renders from LetsGoDigital show off a OnePlus 10 with a circular camera module and quite large camera lenses. However it’s not clear what these renders are based on, and it’s likely that the OnePlus 10 that goes on sale won’t look like this.

The latest tidbit of camera information comes courtesy of a Weibo post, which claims the OnePlus 10 Pro will get a 5x optical zoom range, trumping the 3.3x zoom of its predecessor. That would give it the zooming capabilities to challenge the likes of the iPhone 13 Pro. We’d take this with a pinch of slat as the rumors is a little vague, but the more zoom range for OnePlus phones would be much appreciated and would seem like a smart upgrade.

A new leak claims that the OnePlus 10 Pro will feature a 32MP front-facing camera in a left-aligned hole-punch cutout. For the rear cameras, the leaker says that the phone will have a 48MP main, 50MP ultrawide, and 8MP telephoto with 3x optical zoom.

Of course, OnePlus will need to ensure it does plenty of work on the image signal processing and computational photography side to be in with a chance of earning a spot on our best camera phones list.

The OnePlus 10 is set to get the new Qualcomm Snapdragon 8 Gen 1 chip, with was previously thought to be called the Snapdragon 898. OnePlus co-founder Pete Lau said Qualcomm’s new chipset will feature in the “next-generation” of OnePlus phones, which very much hints at the OnePlus 10 and OnePlus 10 Pro.

The Snapdragon 8 Gen 1 promises a chip that’s 20% faster and 30% more power efficient than the Snapdragon 888 found inside the OnePlus 9. Improvements to gaming and AI performance are also expected.

As for memory that’s expected to come in 8GB and 12GB versions. And storage is likely to come in at 128GB and 256GB options.

A new leak has detailed some the OnePlus 10 Pro’s specs, notably the display. The phone will supposedly have a 6.7-inch QHD+ 120Hz display. The leak also spelled out the cameras, which you can read above.

A recent rumor has claimed the OnePlus 10 Pro will come with 125W charging, near doubling the 65W charging the current OnePlus phones have.

That would yield a boost on charring speeds, but not actually half the charging time. That’s because as wattage increases so does electrical resistance, so there comes a point where there’s arguably diminishing returns.

Nevertheless, increased charging speeds are to be expected from the OnePlus 10 range. We’ll just have to wait and see if they make a tangible real-world upgrade.

No gimmicky cameras: Whether it’s a macro lens, monochrome lens, or something equally as pointless, OnePlus has a history of fluffing its cameras with an extra lens that doesn’t do very much. It’s worse when the genuinely useful telephoto lens is sacrificed as a result. We just hope the OnePlus 10 range doesn’t fall into the same trap.

More camera improvements: While the OnePlus 9 range made huge advances in camera performance, OnePlus is still lagging behind the likes of Apple and Google. We hope that the OnePlus 10 keeps that momentum going, and makes similarly large leaps in post-snap camera processing.

Keep the pricing low: Flagship phones seem to be getting more and more expensive, and OnePlus is no exception. However, the company has always had more to offer at lower price points, and we’d like to see that continue. Yes the iPhone 13 Pro may be $999, but that doesn’t mean the OnePlus 10 Pro has to be as well.

Share
Facebook
Twitter
Pinterest
WhatsApp
Previous articleIs 1883 Season 1 Episode 2 Aired On The Paramount Network? – What Do You Think?
Next articleSpider-Man: No Way Home – Many Have Pointed To A Certain Electro Plot Hole In The Movie!!