Oleksandr Usyk entered the ring for his heavyweight title showdown with Anthony Joshua on Saturday night while donning an astronaut mask.

Usyk is bidding to become a two-weight world champion against Joshua at the Tottenham Hotspur Stadium, having also claimed all four belts down at cruiserweight.

The Ukrainian is widely considered one of the best pound-for-pound fighters on the planet, but many are doubting whether he is big enough and strong enough to trouble a heavyweight as robust as AJ.

And ahead of his huge test against Britain’s unified chief, Usyk made his ring walk in north London while wearing an unusual mask that resembled an astronaut.

Fans quickly took to social media to joke about the mask, with one writing: “Seems that #Usyk is taking the covid mask protocol one step further”.

Another commented: “Fitting mask for Usyk, since AJ gonna have him seeing stars Flushed face #JoshuaUsyk”.

While a third simply asked: “Usyk’s mask? What is that.”

Usyk is looking to make what would be a major statement in the heavyweight division by toppling Joshua, who weighed in almost 20lbs more at Friday’s weigh-in.

But Frank Warren expects him to prevail if the fight goes 12 rounds, saying in his Daily Star Sport column: “The old adage is that a good big’un will beat a good little’un. That is how I see this playing out. 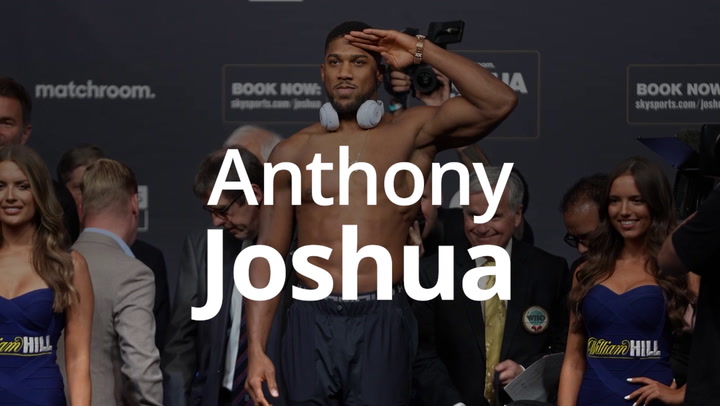 Well then sign up for the brilliant Daily Star football email newsletter!

From the latest transfer news to the agenda-setting stories, get it all in your email inbox – don’t miss a thing.

It only takes a matter of seconds.

Simply type your email address into the box at the top of this article and hit ‘subscribe’.

And that’s it, job done. You’ll receive an email with all of the top news stories every single morning.

You can find out more information on our email newsletter on this link here.

“I think Joshua’s best plan might be to put this guy on the back foot.

“We know he’s a very good boxer but he is a much smaller guy so Joshua needs to stamp his authority and let his bombs go.

“If Usyk is there after seven rounds or if he’s there at the end then I would fancy him to have outboxed Joshua.

“I really believe if the Ukrainian is still standing by the final bell he will have won it.

“Joshua has to hurt him, he has to land big shots and get the stoppage. Then the question is can Usyk absorb his punches?”

Share
Facebook
Twitter
Pinterest
WhatsApp
Previous articleEamonn Holmes always worried he’ll offend ‘woke’ viewers who ‘want to see him sacked’
Next articleWoman poos in Amazon parcel as revenge for man ‘stealing’ them from doorstep, only for another man to take it