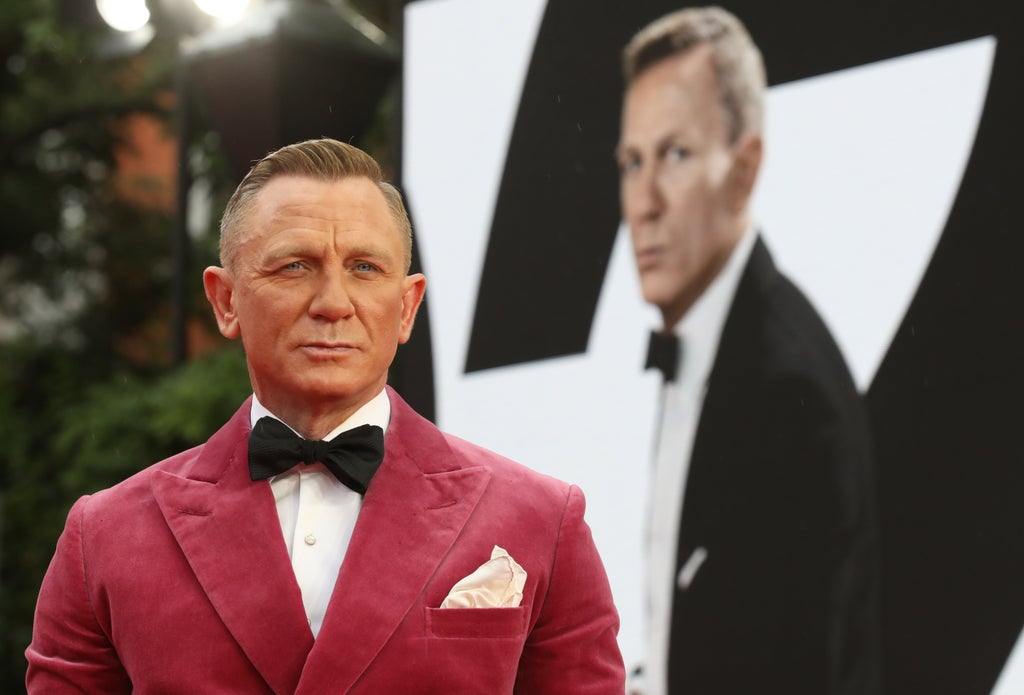 The new and highly-anticipated James Bond film No Time To Die finally lands in cinemas from midnight on Thursday (30 September) after more than a year-long delay because of the Covid-19 pandemic.

In No Time To Die, we see Bond after he has left active service and has retired in Jamaica. In his final song, Daniel Craig stars alongside Ana De Armas, Lashana Lynch and Lea Seydoux.

After the film’s premiere on Tuesday, the critics’ reviews are in and they seem to agree that the film, which will be Craig’s last as 007, was well worth the wait.

The Times awarded the film five stars, with reviewer Kevin Maher calling the film “magnificent” and saying Craig delivered on the 007 we got a glimpse of in his first Bond film, Casino Royale, in 2006.

Maher wrote: “He’s a towering charismatic presence from opening frame to closing shot, and he bows out in terrific, soulful, style. His, perhaps, is an impossible act to follow.”

Daily Telegraph’s Robbie Collin also gave No Time To Die five stars in his review, praising its “sensationally thrilling and sinister prologue” and describing it as “often very funny indeed”.

Collin said: “The mood is often closer to the perkier passages of the Connery films, and the humour feels contemporary and British: the Phoebe Waller-Bridge script polish evidently yielded the desired result.”

Bradshaw said: “No Time To Die is startling, exotically self-aware, funny and confident, and perhaps most of all it is big: big action, big laughs, big stunts and however digitally it may have been contrived, and however wildly far-fetched, No Time To Die looks like it is taking place in the real world, a huge wide open space that we’re all longing for.”

Damon Smith from PA gave No Time To Die an 8/10 rating.

Smith said: “No Time To Die is the most emotionally satisfying chapter under Craig’s guardianship and the subtle nods to the past 20 years sever some ties to the past and provide exciting opportunities for reinvention in the future.

“Bond will return and he or she will be a better person for it.”

Elsewhere, the film received respectable four-star reviews from The Sun and Empire magazine.

Dulcie Pearce from The Sun said Craig, as Bond, “exits the franchise with a bang” and gave special praise for the “simply spectacular” stunts.

Pearce commented on the film’s run time of two hours and 43 minutes, saying “there are times you want to get a defibrillator out and give it a much quicker pulse”.

However, Pearce said: “The storyline feels like there were too many cooks, but it still tastes familiar enough to be craved.”

Empire magazine’s John Nugent said: “This is a Bond film that dutifully ticks all the boxes – but brilliantly, often doesn’t feel like a Bond film at all.

“For a 007 who strived to bring humanity to larger-than-life hero, it’s a fitting end to the Craig era.”

Meanwhile, The Independent’s Clarisse Loughrey gave the film three out of five stars.

She described Remi Malek’s performance as underwhelming, saying he “gives almost nothing to the role beyond his accent and stereotyped disfigurement makeup”.

Loughrey said: “What’s most disappointing about the film is how uneventful the whole thing feels.”

But, she did praise Craig’s performance, writing: “He is brilliant in No Time To Die, in a way that outshines everything around him.

“His granite-carved features crumple in just such a way, always at the right moment – his Bond contains an ocean of battered emotions trying to reach the surface.”