Along with all this, Actor Prabhas has brought the first ticket of the movie. It is fair to expect that, all the fans of these stars will definitely have a try to watch the film. So its a big plus for Sundeep Kishan. The actor is seen to be confident about his movie.

Coming back to the movie, Directed by Caarthick Raju, the movie looks like one of those mirror ghost concepts. The movie also has Vennela Kishore who will be expected to keep the audience laughing. considering the scenes in the trailer, it’s fair to guess that the film will be having a fair share of comedy.

This is what the actor has said: “The Most Exciting thing about 2019 for me 🙂 My debut Production & my most confident film to date :).” Most of his recent have been average. This doesn’t define how capable an actor he is. He has given some terrific performances over the years in Telugu and Tamil. 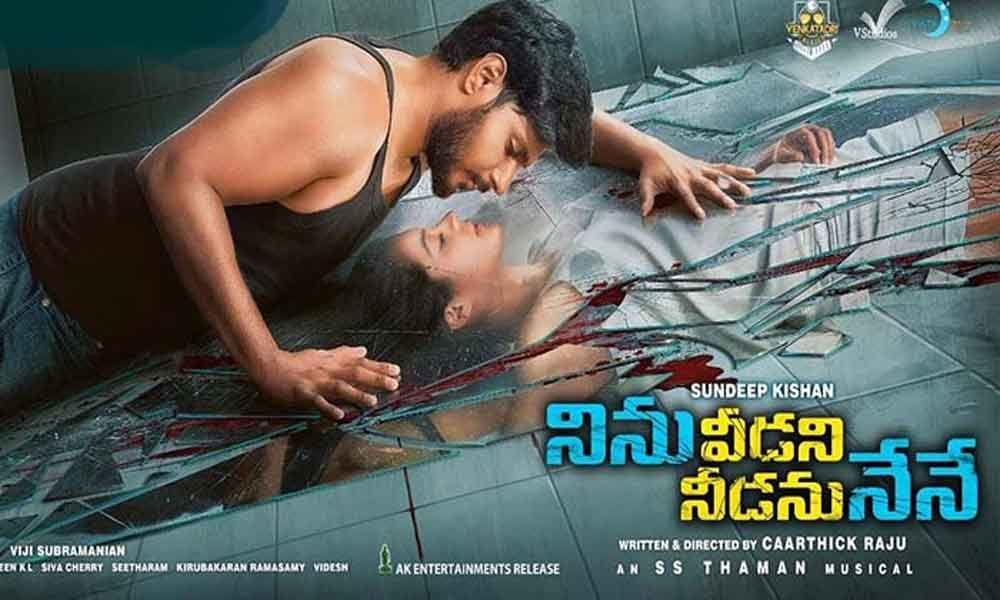 Sundeep Kishan plays a strong yet gloomy and befuddled character in the movie. His performance and screenplay are the main assets of the film. The love story is romantic. Scenes between the hero and heroine will be adorable to watch for couples.

SS Thaman’s songs and background music give you both breezy and scary moments all along with the movie. The screenplay is perfect, it drives the movie up to climax without you getting bored. The whole movie is a satire on superstitious believes. Which is on the same line as the recent hit, Agent Sai Srinivasa Athreya.

The film is a perfect mix of romance, horror, and comedy. It looks like the directed knows when to make the audience laugh and when to scare them. The writing and taking are crisp, there was a perfect balance in terms of emotions and drama.

Only negative point of the movie is the predictability. The audience almost tends to know that the ghost is about to appear. The film doesn’t scare you as much as it wants you to be scared. Apart from that, the rest of the movie is enjoyable.

So considering that there is no competition for this movie, other than Dorasaani, I think Sundeep Kishan will score that much needed hit this time. Best wishes to the cast and crew.

Here is the Theatrical Trailer of Ninnu Veedani Needanu Nene Which you can watch before going to watch the movie in the theatres.

The One Tragedy That Changed Tory From Cobra Kai Forever