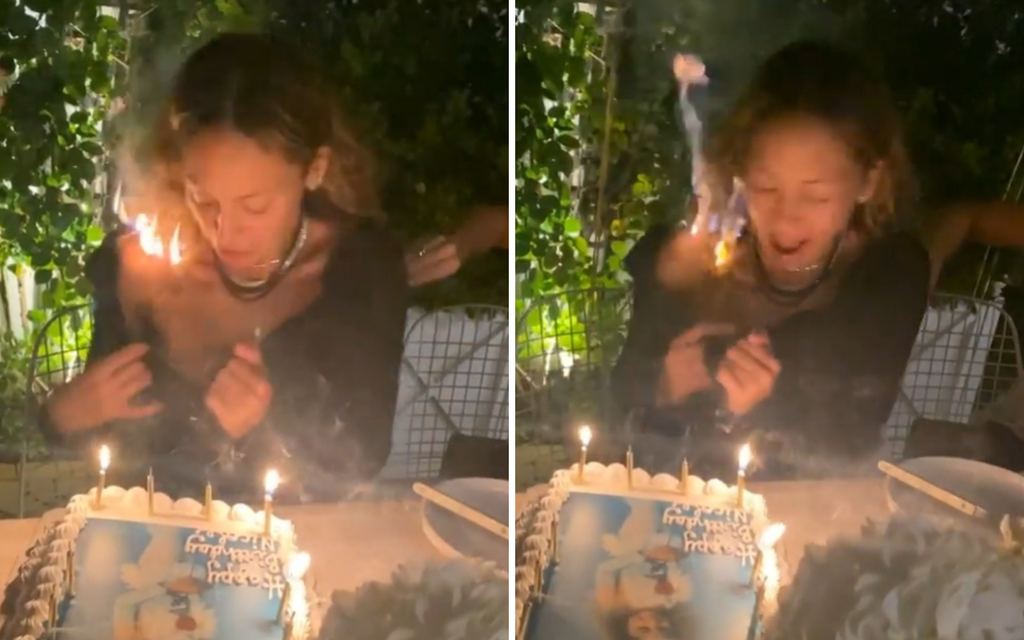 Milestone birthdays are memorable — usually for all the right reasons — but for media personality Nicole Richie she’ll possibly remember her 40th birthday bash as the time she accidentally set her hair on fire.

Birthday parties are filled with cake, balloons and lots of joviality. What we certainly don’t expect is for the birthday girl’s hair to be set ablaze.

In an Instagram video, you can see the fashion mogul sitting outside exhaling as she blows out her candles.

The ends of her hair catch two candles and create a small fire.

She shared the gaffe with her 5.2 million followers with the caption: “well… so far 40 is” along with a fire emoji.

Her husband Joel Madden commented “that’s hot”, in reference to Paris Hilton’s famous catchphrase. Hilton and Richie starred in possibly the most quotable reality TV series ever made, The Simple Life, which aired between 2003 and 2007.

Other celebrities also took to the comments to discuss the fiery festivities, with singer Kelly Rowland remarking that her “heart dropped”.

Richie replied to the stylist saying: “I’ll start a Pinterest board for new haircuts. Start thinking of cute curly bobs.”

Her dad, singer-songwriter Lionel Richie, posted a sweet message to his own Instagram to mark his daughter’s birthday.

He shared pictures of them together throughout the years, with the caption: “You have been rainbows and butterflies your whole life … but you will always be my little girl, no matter how many birthdays we celebrate!!”

Her husband also shared a cute snap of them together, with the heartwarming caption: “You’ve made love feel timeless I’ve forgotten how old we are.”

The pair have been married for ten years and have two children, Sparrow and Harlow.

While her birthday could have been better, it serves as a warning to all of us long-haired folks!