Light the Night Season 2 Updates: “Light the Night,” a thriller drama television show, is now in the headlines for becoming one of the most popular programs on television. Light the Night is a Chinese crime drama series. It was previously referred to as “Blue Horror.” The thriller TV series is a 2021 Netflix original from Taiwan. 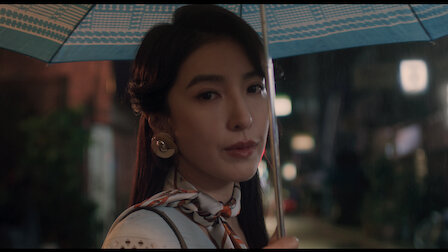 Ryan Tu is the writer for the series, which is directed by Lien Yi-Chi. With well-known Chinese actors Ruby Lin, Yo Yang, and Cheryl Yang in the key roles, the show appears to be a must-see for mystery fans.

On November 26, 2021, Netflix released the first season of Light The Night around the world. Although, four days before the global premiere, the first two episodes were shown at the 58th Taipei Golden Horse Film Festival. Eight episodes make up the first section of the thriller-comedy series.

Each episode lasts 45–50 minutes. The first season of the show is presently available on Netflix. The series is relatively fast-paced, with enough twists and storylines to keep you interested.

The story begins in Taipei’s Red Light District in the year 1988. It focuses on the club madam’s and hostess women’s lifestyles, love interests, and issues. The show begins with a group of people discovering a half-buried, half-up hand in the middle of the woods. The dead body, however, isn’t the central theme of the story, whether expected or unexpected.

The women of Taipei’s Light Bar are the center of the series. It’s worth noting that the body discovered in the forest was originally a person who was slain at a pub after a series of circumstances. The identity of the dead, however, is resolved after the drama that surrounds these women’s lives and their honest attempts to survive in this terrible society.

Light the Night Season 2: What Is the Message of the Show?

The jealousy, friendliness, and competition that exist among the Light Bar women are what draw viewers to the show. The girls in this Taipei bar don’t only work for a living; they also carry a bag of hopes, desires, and emotions with them. Fans find it fascinating to see these women fight their personal and romantic problems. The show evokes feelings of empathy and focuses on the needs and feelings of these ladies.

Who Is in the Light the Night-Cast & Characters?