K-Dramas on Netflix ended an eventful 2021 with the release of Park Eun-Kyo’s adaptation of The Sea of Tranquility, The Silent Sea. Already popular in dozens of countries around the world, many fans will be wondering if a second season is going to happen in the near future, however, Netflix has yet to renew the K-Drama. We’ll be keeping track of everything you need to know about The Silent Sea season 2 on Netflix.

The series was written by screenwriter Park Eun-Kyo who helped adapt Choi Han-yang’s 2014 short film The Sea of Tranquility into a television series.

Set in the not-so-distant future, the Earth is dying and undergoing desertification. Earth’s only chance of survival rests in the hands of a specialist team sent to the Moon, whose task is to retrieve a mysterious sample from the Balhae Base research station. 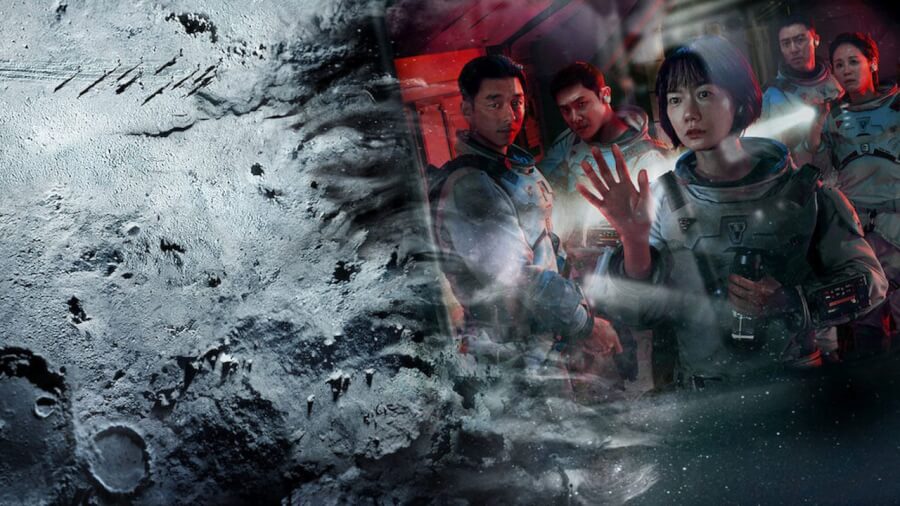 At the time of writing The Silent Sea has been available to stream on Netflix for almost two weeks. This means that as Netflix hasn’t announced renewal ahead of the first season release, it’s still too early for the streaming service to make a decision.

Often, Netflix waits at least a month so they can gather all of the relevant data to ensure that an Original is worth renewing for a new season.

Early indicators that a series could be renewed is how well it performs on the Top Ten lists around the world. As for The Silent Sea, it has performed considerably well around the world, making it into the top ten lists of 88 different countries, including the US and the UK.

In the US, The Silent Sea reached its peak at the 3rd spot, missing out only to Emily in Paris and The Witcher.

For now we just have to wait and see how Netflix proceeds with the future of The Silent Sea.

Does The Silent Sea need a second season?

While the story was a slow burner, many of the questions asked throughout the series had been answered by the end of the finale, not to mention a huge portion of the main cast died over the course of the series.

By the end of episode 8, only three are left standing, Doctor Song, Doctor Hong, and Luna. Two of the three are all that is left of the original eleven members of the mission, leaving only the woman to survive, and all the men perishing.

If a second season were to happen, it would require an almost brand new cast, which is relatively unheard of. Even most anthology shows have a recurring number of cast members, but with the majority of the original characters dead, it’s hard to see where the show would progress from beyond the finale.

Would you like to see a second season of The Silent Sea on Netflix? Let us know in the comments below!