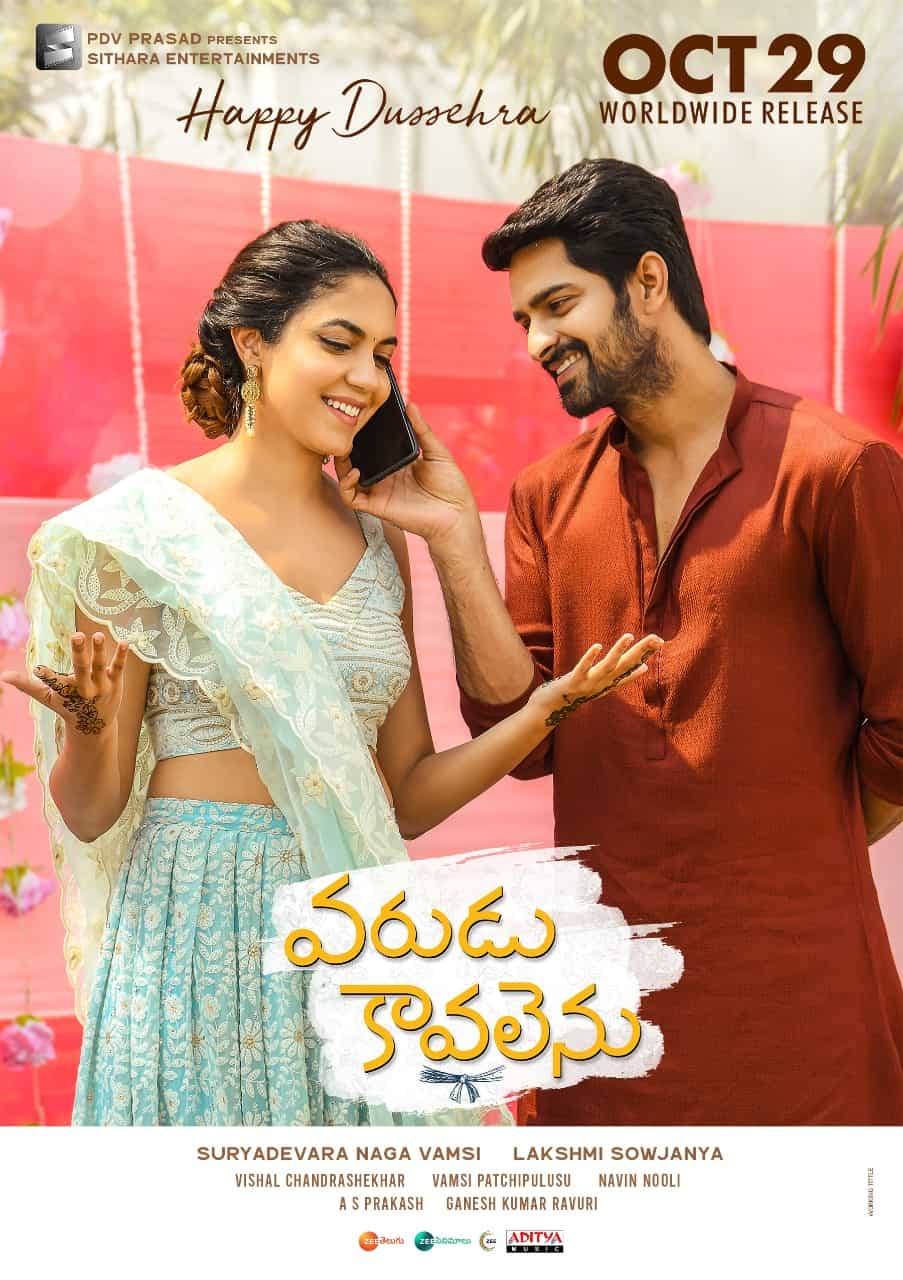 With Andhra Pradesh Government allowing 100% occupancy and Second shows in Andhra Pradesh, there is a full-on Hungama at the box office. Filmmakers are in an urgency to announce their release dates. The makers of Naga Shaurya’s Varudu Kaavalenu have announced their film as well.

The movie will arrive on October 29th as Dussehra Special. They released a poster with the lead pair making the announcement. Naga Shaurya is helping Ritu Varma with the phone while the actress has Mehendi on her hands.

The Poster looks cute, and the chemistry between them itself will be the bright point for the movie. The teaser and songs which have released earlier were very impressive. Directed by Lakshmi Sowjanya, Vishal Chandrasekhar is composing music for the film. Successful Production House, Sitara Entertainments bankrolls the movie.