My Name Season 2 Release Date – Will There Be A Sequel?

My Name is a hit South Korean TV show that debuted on Netflix on October 15th, 2021. It is also known by the name “Undercover Nemesis”. It got loads of viewership and has done very well so far. There are 8 episodes in all. It has an 8.1/10 rating on IMDb and an average of 97% of people have liked the show. My Name is an action and crime drama-thriller series. So, is it renewed yet for My Name Season 2?

WHAT IS MY NAME ABOUT?

My Name follows a young lady Yoon Ji-Woo who is out for revenge. Her father was killed recently and she won’t stop until she has avenged his death. In order to do so, she joins a powerful crime gang and goes undercover as a police officer on her mission.

Viewers especially loved the fact that the show is carried by a strong, female protagonist.

The cast is limited but very very talented and effective and they carried the show beautifully!

My Name is written by Kim Ba-da and directed by Kim Jin-min. It is composed by Hwang Sang-jun.

The producers of My Name are Bae Joon-mo, Choi Myung-Gyu, Yeom Jun-ho, and Yoo Jeong-wan.

After a smashing season 1, there are already speculations about a second season. Will it happen? When will it release? Will it release on Netflix? Here’s what we know about My Name season 2.

My Name season 1 wrapped up pretty cleanly. Yoon Ji-woo had a mission that gained fruition at the end of season 1. A lot of other things happened too. All in all, it was a clean ending that left no loose ends to be tied up. Because of this, it is hard to tell whether a My Name Season 2 will be announced.

Netflix has not said anything regarding My Name Season 2 right now. But that isn’t necessarily bad news. It is still early for an announcement since My Name season 1 released only a little over a week ago. Netflix usually waits for about a month, when the show is new, to renew it for another season.

We can expect an announcement soon if there is one. Maybe in a few weeks’ time. 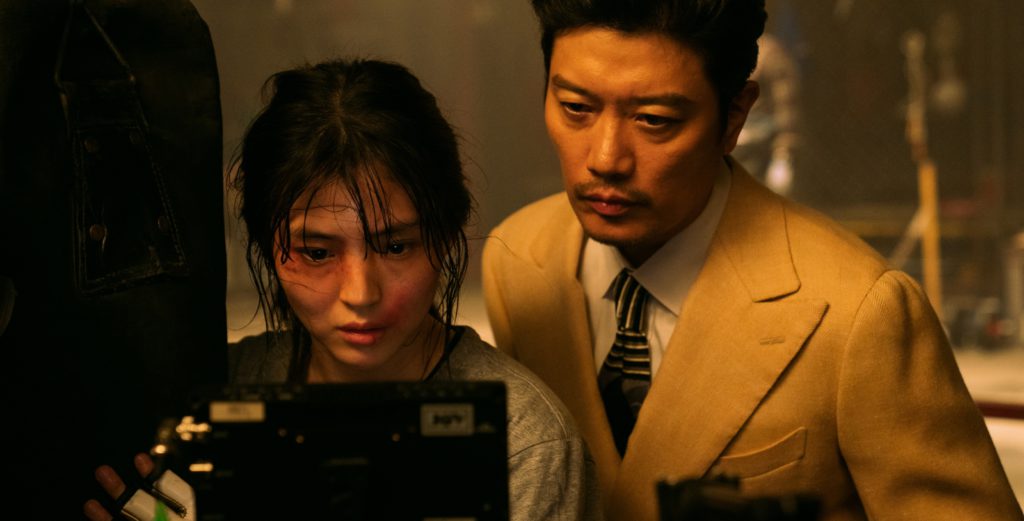 If My Name is to return to Netflix for a second season, it will release sometime around the middle or latter parts of 2022. This is because there hasn’t been any announcement yet so that means production has not yet started. If there is an announcement, production will start shortly after, and My Name will come back to our screens by late 2022!

Since most of the cast members met with their ends in season 1, it is not certain who all will return. All we know for now is that Han So-hee as Yoon Ji-woo and Kim Sang-ho as Cha Gi-ho could possibly return since they are the only ones left alive.

That’s all we know for now but we will surely keep you updated!